Home late last night (11pm) after a very cramped flight on Tiger from Singapore on an Airbus A320.  I’m tired of flying these small, cramped aircraft.  I didn’t choose this flight – it was part of the cruise package, but I’ll try to get a better deal next time.  I must admit I’m a bit large, but I feel as if I’m imprisoned in a torture cell on these small aircraft.  I can’t get the table down and I need a seatbelt extension.  It’s not the airiine’s fault, it’s mine, I know.  I’m definitely taking major steps to fix my problem …

I saw a very unusual sight on the flight, so unusual that I’d rate it as unique:  a woman reading New Scientist.  I have never seen a woman reading anything except Woman’s Day, Women’s Weekly, Dolly, Hello!, Cosmopolitan or any of the other stupid, vapid, untruthful women’s magazines.  Come to think of it, I’ve never even seen a woman reading a quality newspaper!  Reckon I’m wrong?  Prove it.

This was amazing – a very attractive, 30s something woman without a ring, traveling alone, reading a serious science magazine.  I must have been hallucinating.  She looked so familiar …  I’ve seen her before somewhere.

On the same line, in the airbridge to the aircraft as we were boarding, the queue was moving very slowly.  I heard a youngish Singaporean woman behind me talking on her mobile and asking to speak to the doctor, and using a couple of cardiac-type medical terms.  I thought she must have been talking about a serious problem with one of her family.

But no, once she got through to the person she wanted, it turned into an endlessly trivial phone chat that lasted until we reached the aircraft door.  On an airbridge!  Bloody hell, do these people have their phones surgically attached?   Can they not go a minute of the day without a phone conversation?  Likewise, in the departure lounge, a fairly blowsy bird was prattling away on her mobile in Italian to someone, and it never stopped!  On, and on, and on, and on she talked, for 30 mins or more. No breaks, just endless natter in Italian.  I was thinking, “Mamia mia, I’m glad I’m not married to her!   No doubt she’s glad she’s not married to me, too.  I might say, “Shuduppah you face!”

I saw another novel thing at Perth airport – a toilet area with spouts from the wall to wash your hands under, which start spilling water by infra-red sensors, so have no taps, but there were no wash basins either.  Huh?  Where are the basins?  I couldn’t work out what to do.

The spouts work by proximity, of course, and I realised eventually that the flat surface where the basins would normally be slopes back to a slot at the rear.  Who needs a basin?  You just hold your hands under the spout and all the water just runs to the back and down the slot.

Don’t bank on even menial jobs being available in the future for your kids.  No-one is needed to clean washbasins any more. Frightening.  The future of work is replacement of humans by machines.  You’d better be a designer or fixer of these machines.

It was a day for very unusual sightings.  Sitting in Soda Cafe, a yellow Lamborghini Huracan went past. 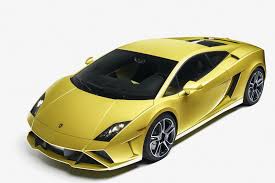 I never even knew that model existed until I looked it up just now.

Then 45 mins later in Karrinyup Road, another one!  Silver, this time. Two Lamborghinis in one day??!!

In the restaurant, I’d been talking about my idea of buying a Mercedes 500SL.  Blow me down, when I walked out to the restaurant car park, this was there:

Mercedes 280SL. See how it comes with an automatically blurred number plate?

Ain’t it beautiful?  This is a 280SL, a smaller 2.8L engine model, but who cares?, the rest of the car is the same.  I was tempted to wait for the owner to come from the restaurant and offer him cash for his car.  Ooooohhh.

Then later around 3pm, one of these was parked across the street:

The Lexus (Toyota) Soarer (SC400).  This is a contender, and buy one of these and you’re buying quality and utter reliability, but they’re so bland.  Timeless styling, but boring …