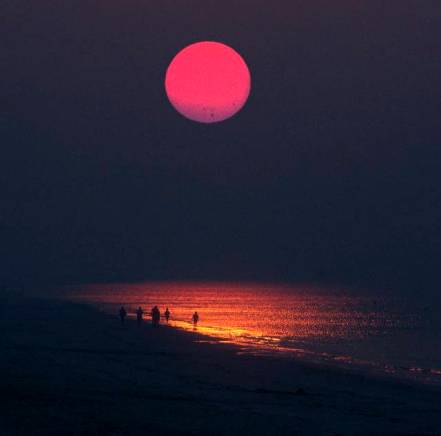 Over the years I’ve heard many people complain about compulsory voting. Why do we have to vote, they’re all the same, our vote doesn’t matter, and so on.

I’ve tried to explain that powerful people could use their influence and money to capture votes and get themselves elected and have power that they can use to further their own interests.

I think this is exactly what’s happened with Clive Palmer. In this recent WA Senate election, he spent ten times as much on TV and newspaper advertising as anyone else, because he could. He had a lot of money to spend. The result was that he persuaded a lot of people and got his candidate elected, even though his candidate is really only there to do Clive’s bidding.

Why does Clive care so much? Because now that he’s in Parliament and has the balance of power at times, he has the clout to further his own ideas and his own business interests. He’s a climate change denier because he owns vast coal reserves and wants to sell his coal to be burnt. He also has a tax dispute going and wants to influence policy to help with that. He doesn’t care about what’s right, only what’s right for him.

If people didn’t have to vote, I think he would have done even better. His followers were persuaded by the saturation advertising, even though most of his policy promises were sheer rubbish, impossible to fulfill.

If the apathetic didn’t vote, he would have got a higher percentage of the remaining voters and therefore more power. The same argument applies to other powerful rich people such as Rupert Murdoch – he already has nearly all the newspapers in Australia and is pushing a hard right wing line with them. He has great power to persuade people of his views. If voting was optional, he could muster followers to get his candidates into Parliament.

That’s why optional voting is not advisable. IMHO.

PM Rabbit’s adviser Maurice Newman is spouting his rubbish again this morning. Even though he hasn’t remotely got any scientific credentials, he pronounced on radio that the scientific advice is wrong. Even if thousands of highly qualified scientists have not only said, but proven, that man-made climate change is real and accelerating, that’s not enough for him.

But Mr Newman knows better. I heard him say on radio this morning that temperatures are not rising, despite the graphs as shown above. He doesn’t have his own data, he just knows.

This neglects the point that all reputable scientists submit all their work to testing before publishing, and when criticism occurs, they go back and re-examine and re-test their work to ensure accuracy.

But the deniers never feel the need to do any of this. They just know (somehow) that the evidence is wrong and so they go public without any testing of their views.

And finally, scientists have kids too. Do the deniers really think scientists would jeopardise their kids’ futures for a few dollars?

Mr Newman, people are going to die if you have your way. I wonder why you take your denial position? You’re a businessman, as are all your mates. I wonder if that could have something to do with it?

I was wrong. I said that Earth has been hit by 19 nuclear bomb sized meteor explosions since 2000, but the figure is 26. This shows the article and a very interesting animation:

This is scary. It’s only a matter of time before a big populated area gets hit.