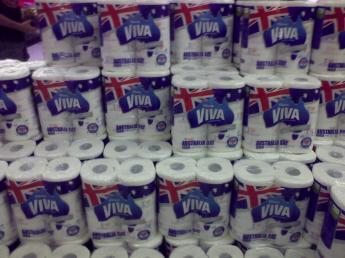 Holy crap. I’m in a state of shock. Not for any health reasons – it’s these damned computers. I’ve not only lost my Images drive, I’ve lost my Video drive as well. This is gut twisting. I need some of the above.

I had a backup of the Images drive, so I haven’t lost everything, but the last backup was December last year, so I’ve lost any changes since then. I’ve paid $82 on-line for data recovery software and after more than 6 hours of crunching, it appeared to have recovered everything. I even get thumbnails of the images when I look in the folders it’s recovered, which made me think it had worked. But when I try to open the file, it’s corrupted. Damn, damn, damn.

But the Images drive is a different matter. This is (or was) a pair of striped drives, with data shared across them. You can’t have one without the other.

This one I don’t have backed up. It was always more than 1TB, which a couple of years ago was too big to back up. Now that we have 2TB drives, I could have backed up, but I hadn’t.

The amount of work I’ve lost is huge. I have most of the original video files on DVDs, but it’s the data files produced by my editing and slide show software that can’t be recreated.

I’ve got the new computer up and seemingly stable now (but only after it had a corrupted BIOS!) so that’s one consolation.

What a disaster this has been. It’s taken a week so far of failed Windows installations and damaged drives. I wish I’d never started this. I’ve still got days or weeks of work ahead to try to get back to where I was. At least I don’t get bored.

I must also say, I am sick of seeing the Windows circling “Please wait” symbol! So often, something I do seems to take minutes of waiting, if it works at all. I just tried to record a DVD on my old (stable) PC and nothing would proceed. I gave up after minutes of seeing that damned circle, got the stupid error messages, managed to get out of it, but now the DVD drive has gone missing from the list of drives and the tray won’t open! It’ll be OK after a reboot, but bloody hell …. !! Windows is so fragile. It’s almost enough to consider ditching the lot for a Mac. I am so sick of Windows!

If it’s not one thing, it’s the next. My right hip has been very slowly developing twinges for the past few years, but since last weekend, it’s suddenly got quite painful. I’m limping at times. I assume this is future hip-replacement territory. Ugh. Yet another reminder that age is creeping up. 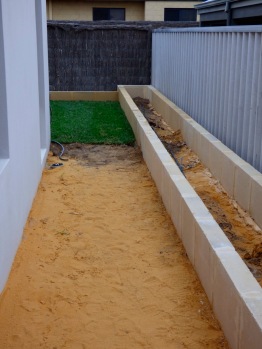 The side as of yesterday when they left. 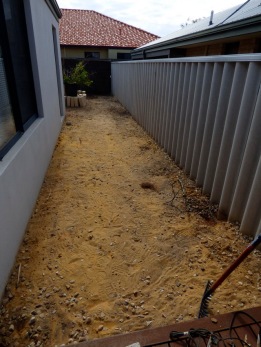 The side after all the quartz chips had been removed.

My landscapers seem to think they’ve finished my job. I’m not dissatisfied, but there’s still work to be done as far as I’m concerned. The RH image is as it was left yesterday.  Yet they’ve given me their final bill. I haven’t paid it, yet.  I wanted pavers laid, but I couldn’t get them to understand what type I wanted. In the end I said Stop – I’ll choose them myself. 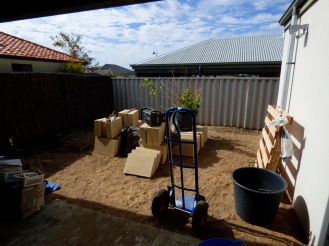 This was just green weeds when I bought the house.

I’m not sure why I’m doing this! This is not an area I’ll use. It’s just for the appearance really, and resale value of course. 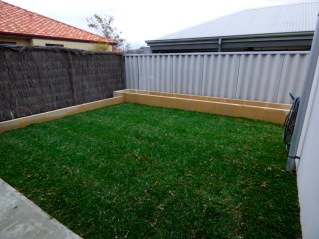 That’s better! The reticulation works too.