All quiet on the Western front. The cold continues. We had one glorious 32C day last Wednesday, but it’s back to the 18-20C days and the feather doona’s still on. As is the wind cheater. Sick o’this. 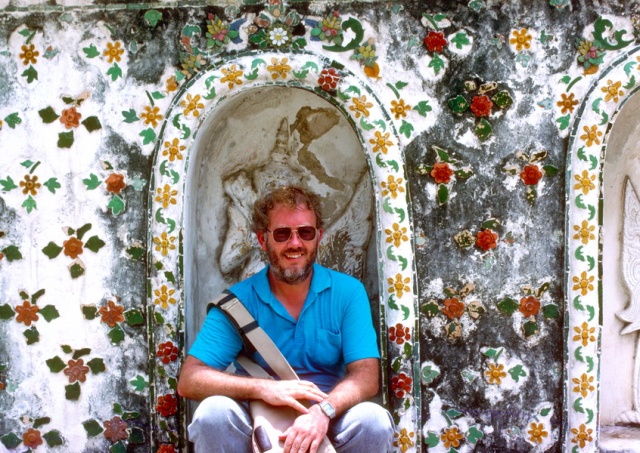 Bangkok 1992, at the Temple of the Dawn. I remember with some sense of horror that I handed my camera to a couple of local boys to take this shot for me. They could have run off with it, but no, they were OK. It was a Nikon FE2 with 35mm Nikkor, K64, by the way. 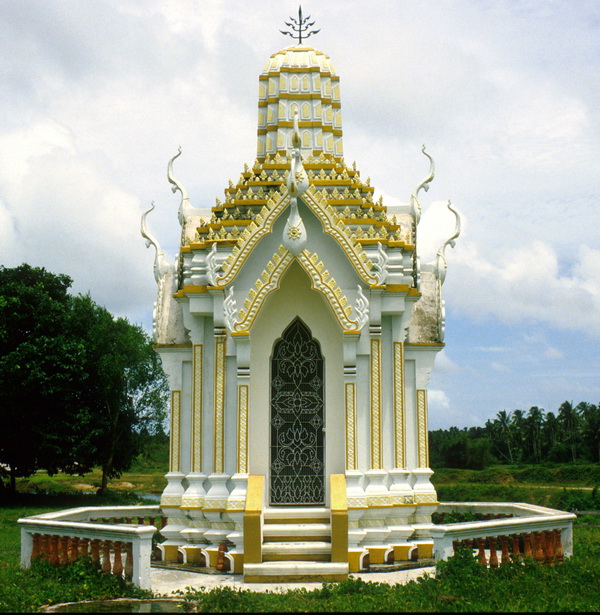 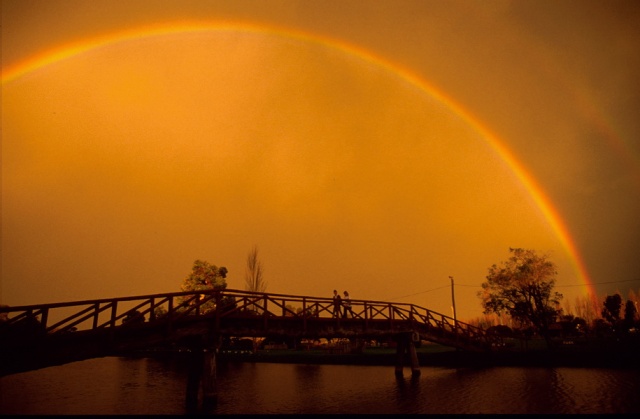 It’ll never rain again, of course. I’ve noticed ads for Bosch Aero-Twin windscreen wiper blades recently, and being tired of the noise, poor wiping and vibrations of my present pair, I decided I had to have these new marvels.

I went to Repco last Friday and the first thing I saw on entering was a wide display of wiper blades, but every one of them was a Repco branded product. Not a Bosch to be seen. I nearly walked out on the spot.

But I went to the counter and stood there. Two guys were having a conversation behind the counter and they ignored me. I waited, but they just moved off. Another guy was on the phone and ignored me. I nearly turned and walked away again. Finally a guy said, “Are you being looked after?” NO! I wanted to say, no, does it look like it? but I stuck to being polite. I asked if they had the Bosch and he sucked his teeth, spent an age looking up the computer, asking what make, model, year and even engine size, and finally said to wait.

Amazingly, he came back with a correct pair, one short and one long. Caramba! That was the good news. The bad news? The price was $36.50 each, $73.00 for the pair!. I nearly backed out, but after all that …  So, they’re on, and I’ve done a short clean with the windscreen washers, commendably silently, but it’ll never rain again, now, I’m certain.

I had an echo-cardiogram this morning, a surprise test ordered by the cardiologist. No problems found, according to the sonographer, although I won’t know the full story until I see the doc next Tuesday.

There was the usual chaotic parking at Joondalup Hospital. This place is notorious! Luckily I arrived in a lull and managed to get a spot within 5 mins, but when I came out to go to my car, the cars were circling like vultures, waiting for any spot to become free. Of course, as I’ve done before, I walked straight to my car and headed for the gates, forgetting to pay my ticket. Luckily I was able to reverse and go around to the pay station, parking on a No Parking sign while I paid. I got away with it, but this parking area is terrible! We are people with illnesses, yet we are forced to put up with this disorganised chaos.

Since I was at Joondalup, I called in to the Samsung kiosk to ask the whereabouts of my tablet/laptop. It’s now the 6th week away for a repair that was supposed to take 3-5 working days, and my fourth visit to the booth to ask about it. They’re supposed to phone and/or text me when it’s back, but I hear nothing.

This is the fix for a problem that occurred after their BIOS+system software update of 3 September. The PC was sent to Sydney and I got a call after two weeks away asking for permission to wipe my hard drive! Why do you need to do that for a BIOS problem? “We need to do it to fix your PC, sir.” I said NO! Just send it back. I’m told it was despatched from Sydney on 4 October, but has not yet found its way from the Perth office to Joondalup in more than a week.

They tell me tomorrow or Wednesday. I’m getting sick of this!

I’ve set the wheels in motion for the gastric operations, but just getting to see the surgeon to set a date to have the band removed takes a month. Everything takes a month with specialists! I first started asking to see him in February, and it took until 23 September to resolve my last query. Now I have to start again, as this is a new query.

I admit to a morbid fascination with the Trump lunacy in the USA. What next for this embarrassing clown. Some words for the USA in general and the Republican Party in particular: shameful, humiliating, embarrassing, repugnant, stupid, cringeworthy, laughable. How Republicans can support this ugly, lying, incompetent fool is beyond me.

I watched the second debate with fascination and I’ll have to record the next one on Thursday.

Actually, not so laughable. This cretin, this fool, is dragging the US political system through the mud into disrepute. It’s almost inconceivable that he could become president now, but if he did, he would be the laughing stock of all civilised countries. Other more capable world leaders would be reluctant to deal with him. No-one could take the USA seriously any more.

I don’t have any problems with Hillary. She’s the only credible candidate and must be elected.