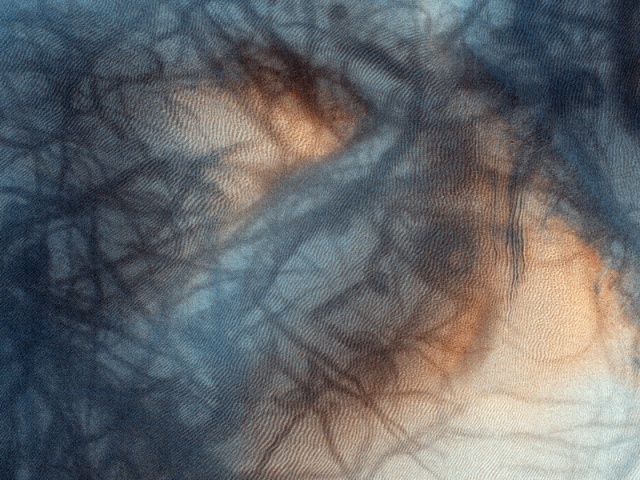 This is astounding. This is frightening. This can’t be happening.

The Director of the FBI appears to have either gone mad, or shown his political bias, or been got at, bribed or pressured. I suspect the latter. There’s no other way to explain his amazing action in making these unfounded accusations about Hillary Clinton with eight days to go to the election. This has given huge ammunition to that madman Trump and his lunatic supporters.

Trump is simply incompetent to be president of the USA. He is ignorant of politics and especially foreign affairs. He lies so often and so stupidly that no other head of state or government leader would ever be able to take him seriously. How could anyone take his word on anything when he is just as likely to change his story a week later? He knows nothing about other countries, nothing about international law, nothing about ethics and integrity. Not to mention his misogyny.

Worst of all, Vladimir Putin will twist him around his little finger. He will be so weak compared to Putin that Putin will trick him into some disastrous actions. I think there is a serious risk of nuclear weapons being used if Trump becomes president.

I never expected to say this, but I think an assassination is needed. Let some gun-nut with a licence-to-carry take a shot at him. He must not be elected president. This is scary!

Women of America, you MUST vote! Even if you don’t like Hillary, she is the only competent candidate. Do you really want a bumbling, dishonest, lying woman-hater as your president? You MUST vote for Hillary.

I’ve been to Thailand, to Bangkok, once (and Phuket briefly, for less than a day) and the Thai people are very nice. But what a fucked up country. I don’t see myself ever going there again.

A country that has military coups about every seven years is no place to be. Even as a tourist, you could be in danger. To me, it’s not worth the risk. Even in the holiday resorts the stories of drugs and crime put me off.

But they’ve excelled themselves now. The Thai military government is asking other countries, Australia included, to arrest and return people to Thailand who have been accused of insulting the monarchy. Uh, no, guys. This is paranoid crap. This shows what fools you are.

This lese majeste law is a serious danger, even for a tourist. A couple of Facebook bloggers were handed jail sentences of 28 years and 30 years recently, simply for writing something interpreted as insulting to the Thai monarchy. Thirty years in a Thai prison! That would be worse than a death sentence.

I’ll never take the risk of going to Thailand again, so they miss out on my tourist dollars. And the monarchy? Ponced up medal wearing loonies. They’re all corrupt. So come and arrest me, you Thai military fools.

I’m still on the job of ripping all my CDs to hard drive. It’s a mammoth job and even though it’s slightly boring, I actually enjoy it.

For some reason, I’ve always liked doing repetitive work, even when I was working at Channel 7. Quite often we had to make many copies of some circuit board, or wire up many complex connectors. I used to volunteer. For some reason, I enjoyed it, I think because I can put my mind into reverie mode and feel a sense of achievement as the results pile up. Once, I had to wire up 12 custom back plates for rack mounted PCs, each back plate with about five multi pin D-connectors and others. It took me about a fortnight and I was proud to say that there were no mistakes. All worked perfectly. Unfortunately the PCs were only in service for about three years before the whole system was scrapped. It was an enormous waste of money and time. Sydney thinking.

Anyway, back to the subject of ripping. I’ve been using software called Cyberlink Power-to-Go, a very versatile bit of software that does everything. Easy to use.

But it doesn’t read the track names (except for a few discs – don’t know why they worked). For ordinary “pop” CDs, I usually don’t worry about naming tracks, I just name them “01 Rolling Stones Forty Licks d1” for example, and so on 02, 03 etc. Another program, ACDSee gives me batch renaming, so that only takes about 30 seconds per disc. (And if I want mp3 conversions, that’s a batch process too. I can convert a whole folder of .wav files to .mp3 in about three minutes in one operation.)

But for classical music, I want to know the actual music titles. I’m thinking where I’m  listening in the car while driving, where I want to know what the composer and piece is. These require me to go through and name each track from the CD sleeve booklet. Ugh. That takes a lot of time and effort.

This afternoon I’ve tried a new piece of software called dbPowerAmp CD Ripper. I’ve known about it for years but now I’ve downloaded a trial version and installed it.

Bazinga! Somehow it knows the names of all the tracks and makes these the file names. It also allows me to select an image of the CD cover from the web. I suspect it might be finding the track titles on the web from the disc key number  – not sure.

Anyway, although it’s taken me a bit of practice to get the rhythm, working up to speed, the time saved in not having to name the tracks is fantastic. I can rip a CD, complete with track names, in about 3 minutes. I’m doing “pop” CDs (anything that’s not classical music) where I don’t really need the track names, but to get them is a bonus.

But this means I’ve ripped hundreds of discs so far with no track names before I found this program. Am I going to go back and rip ’em again? No way.

I haven’t done many classical CDs so far (about 50?), and I’ve got hundreds to go, but having automatic track naming for these will be fantastic. dbPowerAmp. It costs about $65 I think. I’ll be paying for my copy.

The next stage is to find software that will display screens of CD covers and allow me to select and play on my hi-fi system, from a hard drive. I’ve ripped them all to .wav format, same as the original on the CDs, so same quality. It’s all good fun.

I got my Samsung Galaxy Tab Pro-S back last week, and as I said, the battery was completely drained, 0%. Thanks Samsung. Anyway, it’s up and running.

But the fault isn’t fixed. It still won’t go to sleep by pressing the power button briefly, as it used to before their BIOS update. It’s either full on, or full off.

However, yesterday another BIOS update came through. I don’t control this – it just appears and installs itself, then restarts. Did it fix the problem? Nope. No changes as far as I can see.

So the device is not actually faulty – it’s working as Samsung intends it to, apparently. I’m not happy, but there’s not much I can do except complain.

In addition, I emailed Targus in Sydney to say that the 4-Prt USB 3.0 Hub with Fast Charging I bought at a cost of about $79 will not recognise any USB device plugged into any USB port on the hub.

As I understand your situation, you seem to be using a USB-C (male) to USB-A (male) cable to connect from the Tab Pro-S to the Hub high power port – which will deliver power at 5V 2.1Amps but will not deliver communication support. The reason for this is that the Hub needs to be connected to a supported Operating System via the Hub’s upstream USB 3.0 Micro (male)  to a USB  3.0 Type-A host port (female) cable (as included in the pack), OR.. if an adapter to Type-C is used it will need to be a USB 3.0 (female) to USB-C (male) adaptor cable (which will make the Tab Pro-S the ‘host’ device) and will allow the applicable drivers to be loaded by the host system (Tab Pro-S) in order for the hub to work – However, please note that USB 3.0 hubs do not support power delivery via the supplied upstream cable.

If you require both USB-C power & data then you will need to look for a dedicated USB-C hub ‘with’ power pass-through support… which will then allow you to use the USB 3.0 ports on the hub, while charging your Tab Pro-S at the same time.

I hope this makes sense.

You must be joking, mate. It’s gobbledegook. To me, this says the device will never do what I want. Therefore it’s not fit for the purpose I bought it. Therefore I should be entitled to return it for a refund. This will be interesting. Sigh.