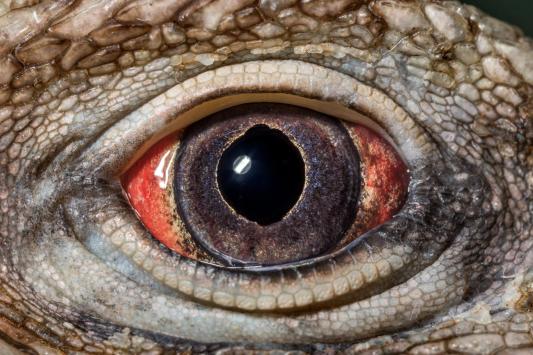 I saw the eye doctor today for a two week followup of the left eye cataract operation. It’s only now settling down, having been quite gritty and watery a lot of the time. I’ve finished with the antibiotic drops, but have two more weeks of the anti-inflammatory drops to go. I’ve finally got the accuracy of the drops down to a fine art now. I manage to get nearly all of them on the eyeball, and not wasted on my cheek.

I’ve been thinking I need to get the right eye done as soon as possible, but he surprised me by saying, “How about in two weeks?” Wow, that took me by surprise. I assumed I’d be waiting until about February after the holiday season is over, so I said it’s a bit soon, I’m not fully used to my new left eye’s vision yet. I asked if the next op could be delayed a bit and so that’s fine, he said he’ll give me a date in the second half of January. That should be OK.

I’ll need to coordinate with my friends in Scarborough, as I need to stay with them after the operation and for Geoff to drive me. But they’re moving to a new apartment around that time, so we’ll just have to play it by ear.

This is quite a new experience, to not need glasses for distance any more. I’ve worn glasses since primary school, around age 8 or 9. They are part of me. I’ll only need reading glasses now, and they can be quite cheap, so my expenses will be reduced. On the other hand, I’ll be able to wear cool sunglasses now, and they can cost a packet. I won’t be tempted.

Meantime, I watch TV with my glasses off now, even though only my left eye is sharp so far. The right eye just goes to sleep. I can drive with no glasses too, but my depth perception is not right, so I don’t tempt fate. Besides, my driver’s licence specifies that I must wear my glasses.

By the way, I was expecting a big bill for the first cataract op. I’ve seen estimates of $1,000 or more. But so far, it’s cost me nothing. Even his consultations two weeks ago and today have been waved away when I went to pay. He seems to be bulk billing me. This is marvellous. I’m very grateful.

This chimes with a book I’ve just finished reading and my present book, both written by doctors about “doctoring”. They both say that it’s very rare to get feedback after major treatment. They aren’t bitter about it, they don’t expect huge gratitude, as they are being paid for the job and it is just a job. But occasionally they do get a follow-up card or small gift of thanks, and they deeply appreciate it when it happens.

One of the doctors (these are UK doctors, of course) was so badly affected when one of his operations went seriously wrong that it crystallised all the negatives of his hospital working life and made him give up medicine. The other one is a neurosurgeon (Henry Marsh: “Do No Harm”) and although he gets anxious and does have occasional failures when operating on brains, he doesn’t let it get him down.

Therefore I’ve resolved to send Xmas cards and thank you notes to all the doctors I’ve been treated by recently, as I really am impressed and grateful for their skill and the bulk billing.

Speaking of going to sleep, I got zero sleep last night. I went to bed at 11pm and turned the light off at about 11.45pm after reading for a while. I tried for 90 mins with no luck, so I read my book until about 3.30am, still not feeling tired. I tried again, but no luck. It’s very restful, but it’s not sleep, not dreamtime, and I saw the light of dawn around 4.30am onwards. I’m buggered now, but I mustn’t lie down or I won’t sleep tonight either.

I have a plumber coming tomorrow to diagnose my hot water heater. Symptom: no hot water! It’s a Rheem gas storage unit, dating from 2004 when the house was built, so I suspect he’ll say it has to be replaced.

Although I could do without the expense, I’ve been thinking a lot about the waste of heating this huge storage tank 24/7, even though I don’t use hot water for showers from December through to April each summer, and even though I may be away in Bali for a month at a time.

Therefore I think I’ll specify an instant gas HWS if I have to have a new one. Only use gas for the time the hot tap is on. A Bosch unit is advertised at $830, and I’d assume a plumber could do better. It will need a 240V power point, so that will be additional for the sparkie. I’ll know more tomorrow.

Have you noticed the latest language atrocity to arise? Apart from iconic, double down, got your back, out of left field and so on.

It’s starting every answer to questions with “So”.

Q: “Does your son play football?”

And so on. Some people start almost every sentence with “So” now. So this will bug you now. So you’ll be hypersensitive to it. So it will drive you mad, as it does me. So be it.

2 comments on “Next eye”