October 29, a significant day, Dad’s 96th birthday, and the 19th anniversary of my retirement from Channel 7. I still dream about stressful work situations. Not too badly.

Coincidences continue to amaze me. In the ABC-TV program Apple Tree Yard (actually BBC) a couple of weeks ago, one of the characters texts the female lead the words Wedekind plus something (?) I didn’t know what it meant or its relevance.

Next morning I was reading an article about Friedrich Nietsche (as you do) and it mentioned “the German playwright Frank Wedekind“.  I’ve never heard this name before, yet it cropped up twice in two days. This is amazing.

Another one: On Saturday night’s Mock the Week on ABC2 one of the comics made a joke about Tamagotchis, those silly Japanese pets or whatever they were. I hadn’t heard that word in may years. Today, Monday, there’s an article on Gizmodo called

This Machine Keeps A Family Of Tamagotchis Alive And Happy Forever

Another one: I’ve just been reading a Silicon Chip magazine and saw an advert for wall plates for speaker connections. That led to a thought that many years ago at work I was thinking of wall mounting some speakers in a control room but I couldn’t remember the name of the speakers. My eye moved down a couple of inches in the same ad and there was the word Arduinotech. Aha! The speakers were called Duntech, made in Adelaide. How about that?

They were being raved about at the time, but there was no way to hear them. You had to buy them and get them shipped over. At about $2,000 a pair, I wasn’t going to take the risk.

There are lots more, but I forget ’em. I think this is because we receive so much more information these days than we did 30, 40, 50 years ago.

Likewise I’ve read so many new words, words I’ve never seen before in my long life, that I’m thinking of starting a list. Such as:

And I can’t quote you another word right now because I didn’t write them down. Duh. More to come.

“Australia’s employers are finding inventive ways to avoid lifting wages for their staff as the economy improves, the Reserve Bank has found.”

That’s a partial quote from a press release from the Reserve Bank. If they say it, it’s true. Despite historically low wage increases and rising productivity, employers are still trying to keep wages down by means of outright wage theft, (i.e. deception, dishonesty), or by opposing wage claims, no matter how well justified. They still disparage unions and fight any attempt to unionise the workforce. I’ve said all this before, sorry, but the evidence keeps mounting in news report after report, week after week, month after month.

On this theme, the value of my AMP shares, ones I thought were a rock solid safe buy in 1998, blue chip, has been decimated. By that I mean, they have been reduced to about 10% of what I paid for them. Around 90% of their value has been lost by a succession of incompetent managers! There’s no point in selling them now, I may as well hold them and maybe they might pay for the notice of my death in the West at some stage.  Phhht!

On the subject of death, I was saddened to hear of the death of a good mate from Channel 7 days, Dexter Crowell. It actually months ago, in May this year. The delay in announcing it is because he had become very reclusive in these later years as the result of a brain aneurysm nearly 20 years ago. 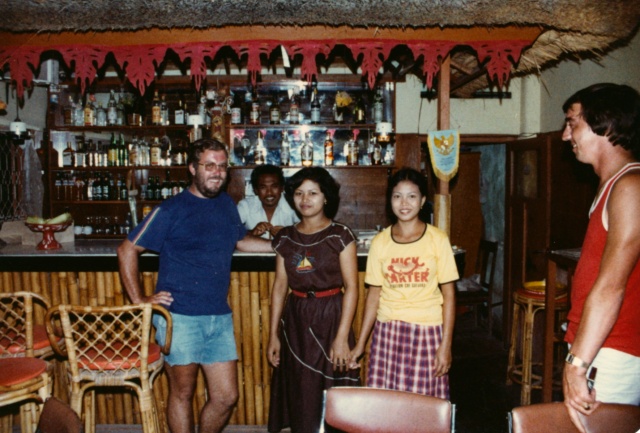 Anyone who knew him before that would remember him as the life and soul of a party, full of jokes, a real extrovert, a really fun guy to know.  But although the aneurysm didn’t affect his movement or speech, it changed his personality. He didn’t want to see people any more, except his elder brother. I managed to find him at home a few times in about 2011-12 and found him fine to talk to, and technically as sharp as ever, but I couldn’t raise him after that.

When I moved up here to Butler, I ended up only about 5km away from his house in Quinns, but despite phone calls, texts, emails and a couple of visits, I never managed to see him again. What a pity, now that we were so close by.

So vale Dexter, RIP old son. You were a good mate and we’ll miss you.

Today is also a notable day: I’ve taken possession of my first new washing machine in 25 years! It’s a Fisher and Paykel front loader, one of the most reliable and best recommended by CHOICE over the years. There are fabulous German machines, but their prices are too much for me.

My previous machine was a Westinghouse, possibly even made in Australia. To have lasted 25 years is pretty good, I think, with only one fault: the hot water inlet went faulty. But that just meant I washed in cold, which I was doing anyway.

Since I only did two loads a week, it had a pretty easy life I suppose. I’m looking forward to noticeably cleaner and whiter clothes though. The first load is finishing now, having taken an hour, twice as long as the old machine. Hmmm.