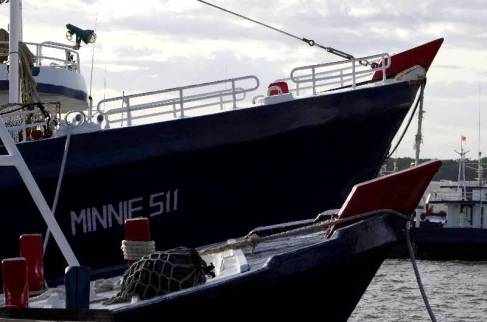 At last I’m on ADSL. It’s only 12Mb/s and my wireless connection to the router is only 4/5 bars, so it’s not quite as fast as I expected, but after all these years (more than 12) I hope I can finally relax about dropped connections and hopelessly variable speeds.

What a waste the rest of yesterday was. I had to go to the bank to get printouts of my bank accounts for Centrelink (my printers are buried in the pile of boxes). So I thought I’d go to Karrinyup and go to the Electoral Commission office at the same time to change my enrolment address.

The bank took a loooong wait, about 15 mins, watching staff take ages to explain things to the customers in front. Why should it take so long to explain bank account features? All the while, I was watching the shorts of the guy in front slip down showing his jocks. He’d pull them up, then they’d slide down again. No belt. Stupid.

Got the printouts. Then up to the AEC office on the top floor, only to find that it had closed permanently the week before! It had been there as long as I can remember, since the Northcourt building was built in the late 70s. But when I needed it, it had closed on the 24th April. You have to go in to St George’s Tce now. “We apologise for any inconvenience.” Yes, it IS inconvenient. I sure hope it can be done on the web.

I need a new walking stick – I’ve lost mine. I tried my local pharmacy on Sunday – no, only a silly multi-section screw together type and a choice of one.

On Monday I stopped off at Ocean Keys – same thing, only that collapsible type or one wooden, non adjustable type. Wasted trip.

So yesterday I went to Karrinyup chemist where I bought my old one, only to find that they had only three in stock, but all of them the collapsible, screw together type. That makes three pharmacies I’ve tried this week that only have this type. No, it’s not suitable.

Then to Jaycar in Newcastle St to buy a small toolkit shown in their current catalogue. Quite a long drive. But no, even though it’s a March catalogue item, stock hasn’t reached Perth yet. So I wasted my time.

Then to an appointment in Mt Lawley – that was OK.

Finished that at 5pm and thought I’d go home via St John of God hospital pharmacy, Cambridge St, which had a big range of walking sticks last time I was there. Got there just after 5.30pm in peak hour traffic, paid for street parking, only to find the pharmacy closed! What? Suburban pharmacies are open usually until 6 or 7pm. It never occurred to me that a hospital pharmacy would close on 5.30pm. So that was a wasted trip too.

I obviously couldn’t keep track, but I’d reckon I spent more than an hour waiting at traffic lights yesterday, wasting time. The traffic has become heavy in Perth. The drive home along Marmion Ave at 5.45pm flowed reasonably smoothly, but the traffic is nose to tail all the way. It was nearly 6.30pm when I got home. Boy, everywhere is a long way from here.

And Geoffrey, cyclists in the emergency lane at dusk in peak hour, a few with no lights – talk about a death wish. So many and so hard to see. Good luck. They need it.

Re my grouch about Resmed restricting supply of their machines from US web sites, it suddenly dawned on me – Fisher and Paykel make CPAPs too. Their other products seem pretty good, so I looked up their auto pressure machine on a US web site. It’s US$990 and despite a good look, I can’t find any supply restrictions. They still want a doctor’s prescription, but they don’t specify a US doctor and allow you to email a copy to them. And there don’t appear to be any shipping restrictions either.

Next step will be to email them to ask for sure.

However, HBF only allow a claim once every five years, and my five years aren’t up until August. My old machine seems to be OK, so maybe I should wait out the few months to go. They allow about 50%, so it’s several hundred dollars.