Not many posts recently, only because I’m quite busy with a couple of projects. I mentioned that Photobook Australia surprised me a couple of weeks ago by saying my vouchers were about to expire. I protested and they gave me a three weeks’ extension.

So I had three weeks to produce two photo books where each one would normally take me three months. I took a few short cuts and worked fast and got it done. 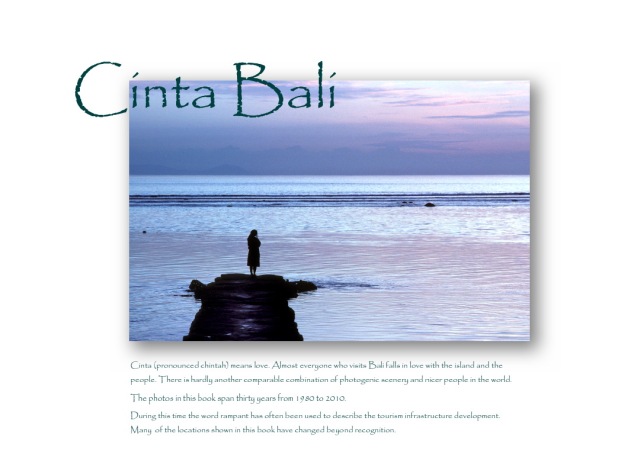 So that’s eight books I’ve produced now, with two copies of each. It’s becoming a shelf full. And I’ve found I still have two vouchers left, so there’s another book to come. I might do more words this time, with pictures to support the text. These only expire in 2016 so I’ve got time.

But I’m pretty browned off with Photobook. Springing this surprise on me, intermittent inability to log in to my on-line account, poor, old fashioned software, slooow saving, no page numbering and other gripes. I may have to go elsewhere.

Why do I stay with them? Dropped shadows. I love dropped shadows and last time I checked three years ago, even though their software seems more sophisticated, none of the competition offers it. Strange. Time to check again.

I’ve been saying it for years, “Do it now, or you may not get the chance again”, and I think a such an opportunity has popped up. I baulked at the price initially, but I think I might have to grab this. 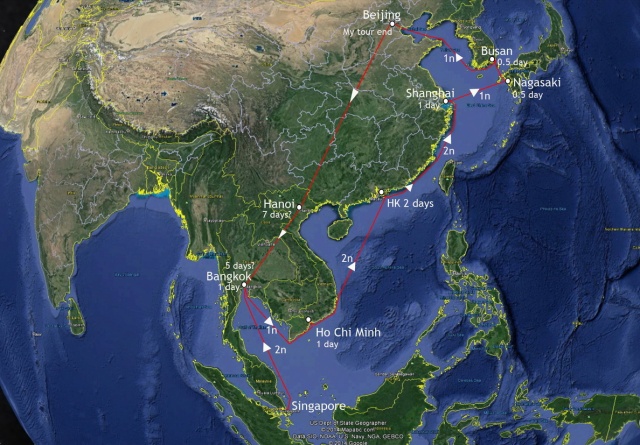 It’s a fly/cruise/fly deal, Perth to Singapore to join a cruise ship, the Sapphire Princess, then Bangkok, Ho Chi Minh, Hong Kong, Shanghai, Nagasaki, Busan and Beijing. The price includes  flying straight back to Perth from Beijing but I’ll end my cruise there and make my own way back. After all, I have no time constraints, no dog to worry about (sob) and an automatic watering system.

It’s a bit expensive, $4,990 for a single, but that’s for a balcony cabin. No more claustrophic windowless cabin, this one has 24 hr ocean views.

Bangkok and Ho Chi Minh and Shanghai are only one day stays, and Nagasaki/Busan are both in the one day! Not much time to see anything. But at Beijing, I’ll probably stay on a few more days. Once in a lifetime! I never dreamed I would get there, and it’s autumn, so it will be very pretty. The avg. mins are 0C and max. 10C, so I’ll need a parka and gloves, to be binned after my stay as I’ll be flying back to the tropics again.

I’m hoping to fly direct to Hanoi for an extended stay, to get a good feel of the place, then to Bangkok for a longer stay than I managed in 1988, the only time I was there. Maybe a week? Maybe longer? Hotel prices are under pressure at the moment due to the martial rule. Bargains. I can afford 5 star at these prices.

From Bangkok, I don’t know. My options are unlimited. Phuket? KL? Bali? I’ll decide when I’m there. I’m probably biting off more than I can chew, but we’ll see.

I forgot to mention – it starts on 24 October, two weeks after our reunion. Ideal. Return date would be around 27 November. Not sure of end date.