We are being led by idiots. First, Joe Hockey’s statement that if you want to buy a house, the answer is simple: “Just get a good job that pays well.” Easy.

So how does that apply to mechanics, shop assistants, food processors, farm workers, electricians, electronics technicians and so on and on? Those are never going to be jobs that pay well enough to buy a house in a major capital city, no matter how good the jobs are. Idiot. Of course, everyone can be a currency trader or a bank loans officer or a share broker or a real estate tycoon. Idiot. 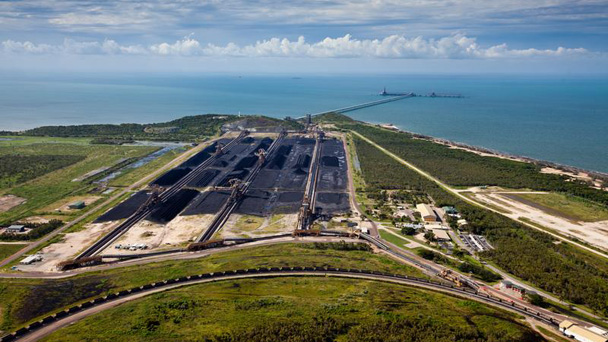 The aptly named Abbot Point coal loader, responsible for damaging the Great Barrier Reef even before it’s up to full production, with many years of damage to come. 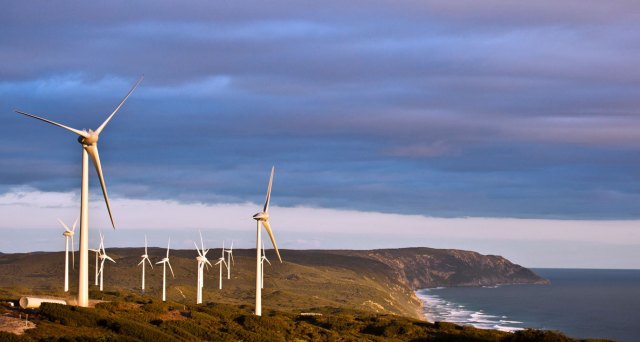 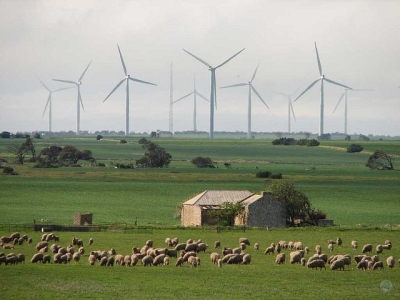 This one’s in California, all the others are in Australia.

Why doesn’t he like them? He just doesn’t, that’s all, so there. And they make noise. Coal fired power stations don’t make noise, of course, or massive open cut coal mines. The man is a Class 1, Grade A Idiot.

Why does he like coal and oil? Because these industries pay massive bribes to the Liberal Party, that’s why. No doubt there will be very well paid directorships and board seats in certain people’s future as well. Simple as that.

Well, he had me fooled for a while. Who? Senator Dio Wang of the Palmer United Party (PUP), and employee of Clive Palmer.

He was elected to the Senate in the 2013 elections and I have been quite impressed with his quiet, sensible way of speaking. But he’s revealed his true colours now, and I say, Dio Wang, get out of my country, go home and take your ideas with you.

What’s brought this on? First, he’s publicly stated that the Chinese government was justified in opening fire on student protesters in Tiananmen Square in 1989, when around 114 people were killed by army gunfire. His words: “Obviously, when criminals and students get mixed up, you can’t really identify each one of them. So when there was force to be deployed, you may get innocent casualties.” (AFR Weekend p52)

Bloody hell. “When there was force to be deployed”. So it’s OK to open fire on your own citizens engaging in protest? And when 114 are killed and many wounded, that’s just tough luck on them. S-T-R-I-K-E 1.

Now he says that China is justified in dredging and building the sand “islands” in the Spratly Islands in the South China Sea. He says that this is historically Chinese territory (disputed by practically every other country in the SE Asian area). And that if Australia disputes this and flies aircraft over the area, China will be justified in shooting our Australian aircraft down. S-T-R-I-K-E 2.

Senator Dio Wang, you came to this country in 2003 and you are a naturalised Australian citizen. You must be, to be a senator. But clearly you’re still a Chinese citizen at heart and you do not accept our values. Therefore I have no hesitation in saying, DIO WANG, GO BACK TO CHINA. GET OUT OF MY COUNTRY! You have spoken treason. I think you should be dismissed from the Australian parliament. You are not an Australian. Go!

There’s great confusion about what to do about this Chinese aggressive expansionism, with the US being the main ones to challenge China’s “Keep Out” notices around its fictional new border. I have an idea.

Every single country in the entire Asian region is against what China is doing. That means South Korea, Japan, Taiwan, the Philippines, Vietnam, Cambodia, Thailand, Malaysia, Indonesia, PNG, Australia and the United States.

I reckon what we should do is every day, one of these countries should fly a plane or sail a navy ship into this so called “Chinese territory” on a rotation, as a challenge. Every single day. relentlessly. Every one of these countries. Constantly make a show of defiance, every day. Show China that they have powerful forces ranged against them and that they can’t exclude us from the lawful use of the sea.

That’s what I’d be doing.

I’ve referred before to the Liberal government appointing a known climate change denier to do a report to the government. I’ve found the article:

The Abbott government has appointed a self-professed climate sceptic to head an “extensive” review of the renewable energy target.

Dick Warburton, a veteran industrialist and current chairman of the Westfield Retail Trust, described his views on climate science in a 2011 interview on ABC.

“Well I am a sceptic. I’ve never moved away from that. I’ve always believed sceptical,’’ he said. “But a sceptic is a different person than a denier. I say the science is not settled. I’m not saying it’s wrong. I’ve never said it’s wrong, but I don’t believe it’s settled.”