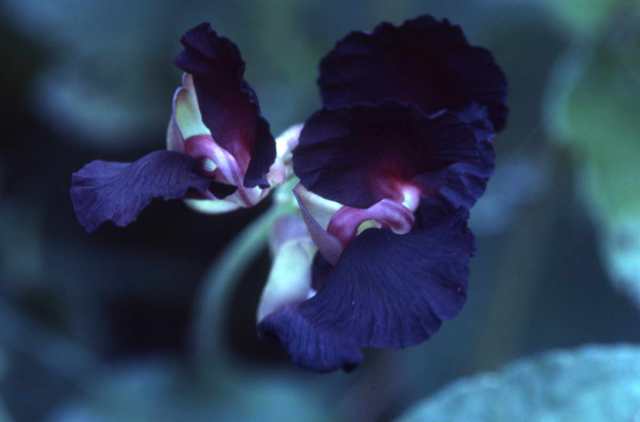 Hmmm. I needed a cleanup and a small amount of gardening. I got a guy around last Friday to have a look. I’d made a list of about 11 items (such as remove weeds from the front and the sides, take a frangipani out of a pot and plant it in the garden beds, plant about six palms out of their pots into the beds, etc.) Nothing difficult. I also asked, since he advertised general handyman jobs, if he could fix my reticulation, plug the leak in the water feature, wash some external windows and maybe fix a flyscreen.

What I got was reasons why he couldn’t do the non-gardening things. Doesn’t do retic. Plugging the leak would be too hard. No window washing or flyscreens. Even planting the palms was qualified by umming and ahing and there being not too many of them.

Sigh. He said he’d do the rest, but not until Wednesday, and three hours at $50 an hour. This is the second time I’ve tried to get things done and so I agreed to that amount as I need it done.

But I was sitting here just now thinking I’ll text him and cancel, when the doorbell rings. It’s him. He’s got time now (Monday), can he do the job?

So he’s working now. It’ll be interesting to see the result. I’m a bit tired of tradesmen who will only do what they choose to do, not what the customer wants. I can’t see that I’m asking unreasonably.

STOP PRESS: BLOODY HELL! I’m in shock. He quoted $150 last Friday and I was under the impression it was for three hours’ work at $50 an hour, based on something else he said.

Bloody hell! This is the second time this year I’ve been taken for a ride by trades people. The cleaners in May who charged me double what I was expecting, and now this, double again. Fuck!

I was fumbling with my wallet for cash and he said “You can pay on-line if you like”, so I said yes, I’ll do that. And I’ll make him wait, and I’ll send him an angry email with it. I’m sick of this.

Booking for Bali. Four star hotels for $50 a night. Not bad. I’m regretting paying $119 a night for the Besakih last year. It’s nice, but not $119 worth. You can do better for less.

I’m spending four nights on the Sanur side, then moving to Kuta in two separate hotels for a couple of weeks, then moving back to Sanur for the final five nights.

Great to be making bookings two months out for a change. Plenty of time to get organised. It’s hard to decide between going for the traditional Balinese style hotel with all the carved wood and stone stuff, but usually old and worn, or the brand new hotels with all the modern buildings and furniture and bathrooms without cockroaches. I’ve got a mix of both, but more towards the modern.

It pays to wait. I read a review of the new LG OLED 4K TV, reviewed as the best TV on the market. My present TV is five years old now and only 32″. “Only”.

I say was, because I noticed the ad in Saturday’s paper – it’s come down $1,000 in about a month! It’s now $4,995. Kerrrumbs. I’m not thinking of buying it right now, but I wonder what it will come down to by early next year.

Why do I want 4K? Well, I can shoot my own 4K video now, and 4K DVDs are just around the corner. Also, I’ve resisted buying a bigger set for years because I can’t sit back far enough in my lounge. The pixels would be visible. But a 4K set makes the pixels invisible, so you can sit reasonably close. This is a 55″.

As well, the reviews say that even ordinary Full HD BluRay discs look amazing on this set. Good enough for me. I’ve got some crackers of BluRay discs.

For the past few weeks I’ve been hearing a frog croaking quite loudly at night. Talking to my neighbour just now, it’s in her garden pond. She finds it a bit intrusive but it’s OK by me. I like the sound.

I’m nearly finished The Martian book that I mentioned. Wow. Very well written. Very techo, but that’s good by me, of course. It’s an epic saga, about an astronaut who is left for dead in a killer sandstorm on Mars, and how he survives for a year and a half until he can be rescued. There are dubious scientific things in it, but mostly it’s believable. After the book, I’m sure I’ll be disappointed in the movie. They’ll have to leave so much out. But I’ll buy the disc.