What does? Sexist name calling, that’s what. We men would be hauled before the Court of Sexism and finger wagged by the beak if we called women Cutie, or Darling, or Babe.

But I’m being called names like that all the time by female shop staff. I was called “My angel” the other day. I was so surprised I had to comment on it to the woman, asking how she’d like it if I called her Babe or Cutie. She laughed and said she’d be flattered, actually. But she saw what I meant. We guys have to be careful what we say, but I’m being called Darling, My love, Sweetie and such like all the time, I mean all the time. I don’t mind, but nor do I want to be told what I can or can’t say to a woman. Fair suck o’ the sav, babe.

Have you got your strategy in place if you found yourself infected by that WannaCry ransom virus last week? It wasn’t aimed at Australia so we weren’t affected, but it does happen. When you turn your computer on one morning, you’re confronted by a screen that says all your files have been encrypted and you’ll have to pay hundreds of dollars to get the “unlock key”. Don’t think it can’t happen to you. It can!

What I’ve done is made a complete backup of my C drive to a separate USB drive and disconnected it, plus made a Windows emergency boot disk. That way, if I ever found myself held to ransom, I’d boot from the boot CD, then do a complete reformat of the C drive and restore from the backup.

I must admit I haven’t actually done this to test it — I’d better try it. The other thing is that you’d need to do an incremental backup every day if you don’t want to lose any work, but that doesn’t take long and can be automated. It’s just tedious and can easily be forgotten. It’s the only way to be safe, though, and if you’re running a business, it could save you an awful lot of grief. I find it pretty amazing that most businesses don’t seem to have this type of plan in place, ready for attacks. It’s vital for a business.

I had my long delayed and long awaited SCGH ophthalmology clinic appointment on Monday and somewhat to my surprise, I was given the all clear. I don’t mean my glaucoma, retinopathy and cataracts have gone away, just that there’s been no change, no worsening. I was kinda hoping that they’d say to get the cataracts done and I’d have a magical improvement in my vision, but the doctor said they are not bad enough to operate yet. No action required. Come back in six months.

Oh well, I suppose that’s good news, but it was a bit of an anticlimax.  Fffft.

By the way, at one point I phoned to ask if my appointment could be changed to another date. I was told no, it couldn’t be brought forward, and if I postponed it, I would have to wait around eight months for another appointment! That’s how far ahead they’re booked. Yowch. This is a public hospital. If it were a private clinic, no doubt it would be much easier. 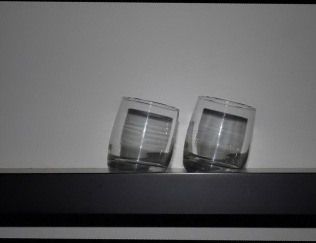 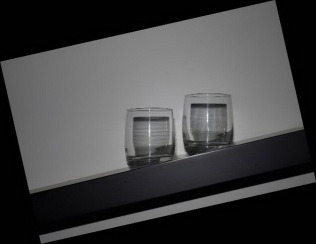 There was a discussion of tilted horizons in photos on a blog I read daily last week. I reckon I have a built-in spirit level. I cannot bear titled horizons, especially water. I reckon I can pick 0.5deg. of tilt. The blog writer’s opinion, and I usually respect his judgement, is that the content of the picture matters more than a tilted horizon. Hmmm, but to me a tilted horizon or sloping water is like a pothole in the road that I have to look at and get around before I can look at the content. I can’t bear it.

Above is my favourite illustration of this. I took these shots in a hotel in Denpasar. Disconcerting, ain’t it?

Another sleepless night last night, dammit. I felt relaxed and near to sleep, but it just won’t come. That means I’ll have to sleep after breakfast today and that will mess up the next night, and so-on. I saw an ad for acupuncture for insomnia (among many other ailments) so I might go along and suss it out.  It costs $118 per session, but if it works it would be worth it.

I watched the first episode of series three of Fargo last night on SBS. What a strange but compelling series this is. Don’t watch it if you don’t like seeing violence, because it’s bloodthirsty, violent TV, but in an almost cartoonish style. I’d recommend watching series one and two first, to get the sense of what it’s all about. It’s set in Minnesota, which seems to be permanently covered in snow and ice. Brrrr. Good stuff. It’s actually a bit funny at times.

I got a hurry up from Photobook a couple of days ago, telling me my two vouchers are about to expire. I found my original payment email and it said I have until 21 July, so I emailed them and said, Huh? What’s going on?

They promptly replied and said yes, 21 July is correct, no need to hurry. But then they surprised me by saying I had two other vouchers which were about to expire. I’d forgotten I had them. They kindly extended them for a month for me, so that was good. I reckon they must make a fair bit of money from people paying for vouchers and not getting around to using them. I’ve done it.

That means I have to make two books in about a month. Phew, I usually take several months to do one book as it takes a lot of work, especially proof reading and checking. Little errors constantly creep in. I have to check repeatedly. Off to work I go, as my next trip is coming up soon.