That’s someone else’s car, but obviously they suffer too. My own insomnia troubles continue. I can’t get to sleep at night, but I can during the day. But only for about 2-3 hours, so I’m existing on that small amount of sleep most days/nights. Or using a sedative and sleeping for 8 hours, but feeling hungover next day. This is terrible.

First, my NBN speeds are back to normal – 25Mb/s. That glitch last week righted itself.

Second, my landline phone is working again. If you’ve been frustrated trying to phone me in the past couple of months, sorry. It went faulty sometime in June while I was away, and although I reported it to iiNet at the beginning of July, nothing happened. Then I switched to the NBN and couldn’t get it working on that either. My complaint was finally attended to by iiNet last Thursday with emailed instructions and after some complicated setting up at my end, bingo, it finally worked. Now I’ll be able to receive those lovely people from India offering to fix my computer if I’ll just give them my passwords and bank account numbers. 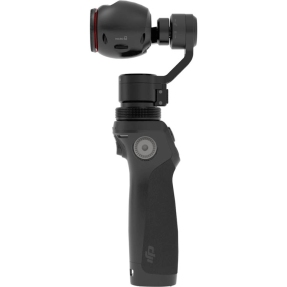 Third, I’ve had a win with my OSMO gimbal camera. I couldn’t get any control or pictures after what I thought was a failed software update.

I found a new firmware update and instructions on the DJI website, and after a bit of confusion, it seemed to have worked. “Seemed”, in that some things worked, but I still couldn’t see any pictures.

To cut a long story short, the clue came when I switched the histogram display on. I could see it changing and if I waved my hand in front of the camera, the histogram followed suit. Therefore I figured the camera must be working.

Then it occurred to me, it used to work with my old Sony phone (it uses your mobile phone as the display and controller). Maybe …

That was it. I found my old phone, connected by wifi, and there were my pictures. So this is annoying – the OSMO will work with my old, very slow, not-very-good Sony hand phone, but not my new superfast OnePlus 3T. Damn.

This might be OK, in that I can just leave the Sony permanently on the OSMO, but it’s so slow to switch on, load up and connect by wifi. I might have to look for a faster second hand phone of some compatible type.

At least that’s fixed. I think I’ll sell this OSMO.

Aaaah, spring has sprung. It happened over four or five days last week, I’m sure you noticed. One day we were shivering in the rain, a few days later it’s 23C, sunny and blue skies, with more to come. The daylight extends past 6pm. Lovely.