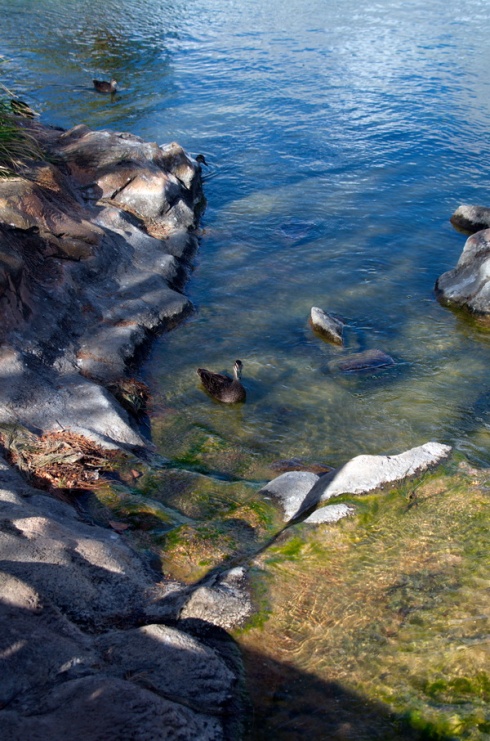 Wow, posts two days running. After I finished yesterday’s post all the mentally filed topics came to me, enough for a second go. Aren’t you lucky?

Aaaah, June 21, the winter solstice, the shortest day. From now on the days lengthen again, on the way back to summer. Yes please! I don’t mind the cold and rain so much, but the short days and late sunrise, not so good.

On the topic of living life to the fullest, I saw a great quote a few days ago: “Try everything, except folk dancing and incest.”  Attributed to Thomas Beecham. I don’t know if that’s Sir Thomas Beecham, the famous (NOT iconic) British conductor.

I can think of a few more things to eschew in the first category: boot-scooting, tongue (meat), visiting Komodo Island, deep sea saturation diving and so on. Take your choice. Re the second, I think that’s a given.

I’m updating my GPS navigators this afternoon. I say “this afternoon”, because both the TomTom and the Navman are so slow that I’m doing other things to while away the time. It’s taken nearly three hours so far and the Navman is still in the final stage of doing a backup after all the updates.

My TomTom is 10 years old now (I bought it in 2008 for my UK trip) and they’ve advised me it’s no longer supported. But persistence paid off and I found it would update. Especially, I keep it because it has a SE Asia map, including Indonesia and Bali, so I’m not letting it die.

I bought the Navman when it was reviewed in Silicon Chip a couple of years ago. It’s not only a GPS, it has an HD camera on the front for drive recording. I’ve been a big fan of TomTom’s ease of use and clarity, but the Navman has its own charms as a GPS map display, and it quickly became my permanent device in the car. I take the TomTom to Bali and leave the Navman at home.

The drive camera is good, but it’s not automatic. You have to remember to tap the camera icon on the screen to start it each time. Needless to say, I don’t do it very often and as sure as eggs, I’ll be hit by someone and it won’t be recording. Still, I’ve been driving for over 50 years and so far no-one has hit… Oh no, don’t say that you fool.

Last year I copied (“ripped”) all my CDs to a hard drive, all 900 odd. Of course the problem then is finding the disc and tracks to play among all the folders.

I did a bit of searching and settled on two cataloguing software programs, Helium and MusicBee. This is Helium, showing just some of my CDs. This is just 44 of them. 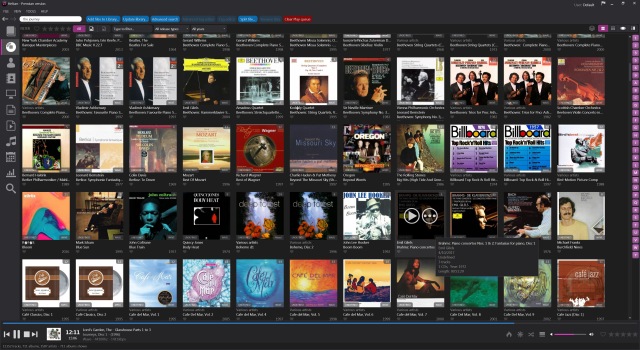 I tried the free version for a while and liked it, so I paid my $30 for the full version. It’s very much database driven and the programmers don’t give much handholding, so I’m still trying to use it. (It automatically found all the CD cover images from the web, how about that?!)

That’s why I use the other one, MusicBee. It’s also free and classifies all the music genres down the LH side: 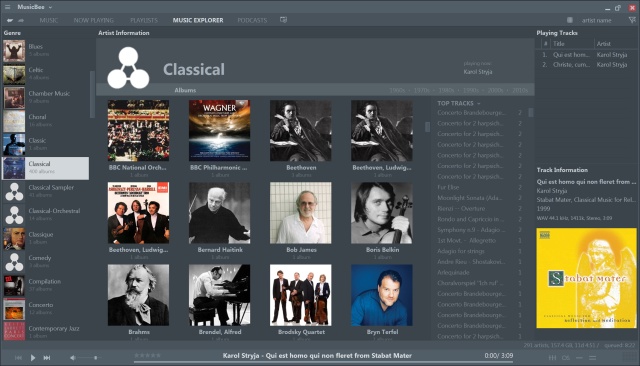 It seems to be (Bee?) easier to find an album if you know what type of music it is. I’m not sure which will win out. Maybe both will bee needed.

But how great to have all this music at my fingertips. No getting up to put CDs in the player. Even more sloth…

I need to get to the airport next month and to avoid imposing on my friends again, I investigated Uber and a hire car. Uber is $90 minimum one-way! Yowch.

I found that if I book through Air Asia’s site, I can get a small car for one day for $37, dropping at the airport. I don’t think I’ll need this, but it’s a viable way to do it. A lot cheaper than long term car parking.