In the papers at the moment is news from Kyoto: photography is to be banned in Gion, except for the main traffic street. Why? Because the pressure of tourism is causing distress to the geishas and maikos on their way to and from work.

What a sorry state of affairs. Gion is magic, one of the most photo-rich areas I’ve ever been in. This is bad news indeed, both from the geishas’ and the photographers’ viewpoint. Reading between the lines, it appears that the craze to have selfies leads to too many people rushing up to the ladies and sticking their camera in front and their face beside the geisha and snapping shots without asking or getting permission. It’s another version of tourists being banned from some places in Spain and Italy. The crowds have become too thick, both in the number and intelligence senses.

Well lucky me, because I spent four days in Kyoto in October 1992, when it was blissfully tourist free except for me most of the time. I got my geisha shot: 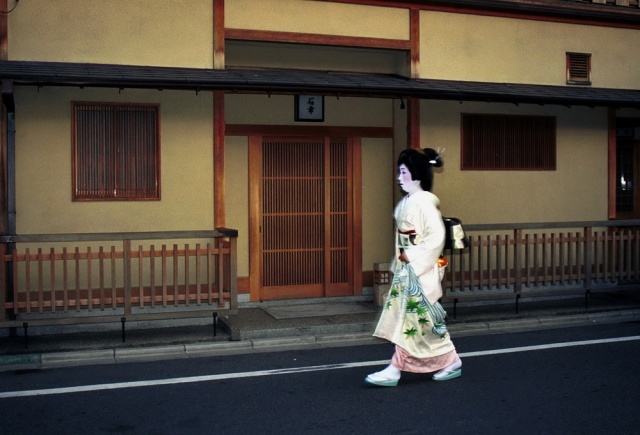 It’s not very artistic but I had little time to get the shot. There was no autofocus in those days, not on my camera anyway. I got several shots of elegantly kimono-clad ladies, but they are not geishas.

By chance I had read a book before I went, The Geisha and the Monk by the Indian travel writer Pico Iyer. I recommend it if you think you may go. It describes the life of a young woman who aspires to become a geisha and her life in and around the streets of the Gion area shown on the right, below:

I stayed in a ryokan I had booked before leaving Perth, located just to the right several blocks from the river and within easy walking distance from Gion. Boy, I did some walking in those days. I didn’t go as far as the Imperial Palace but I covered most of the foreground area on foot, including more on the right.

Click on the top left image below to start a slide show. 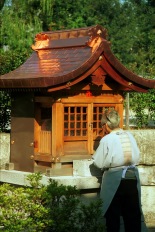 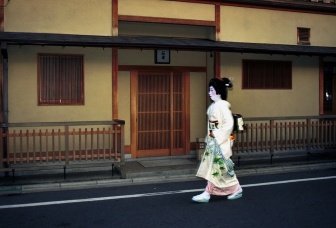 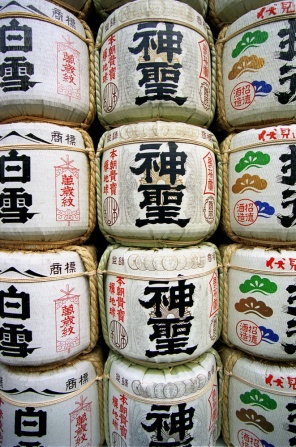 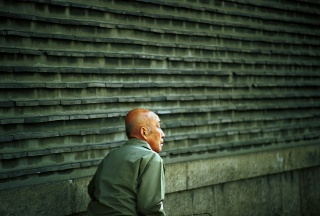 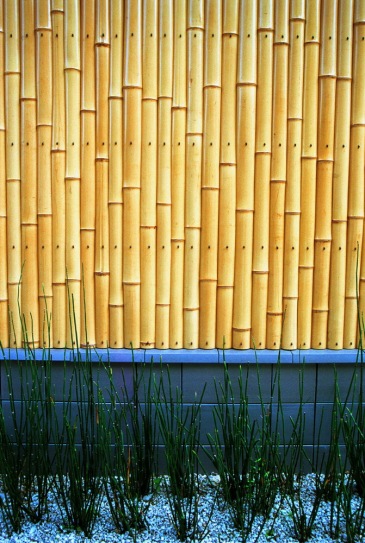 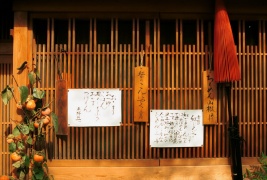 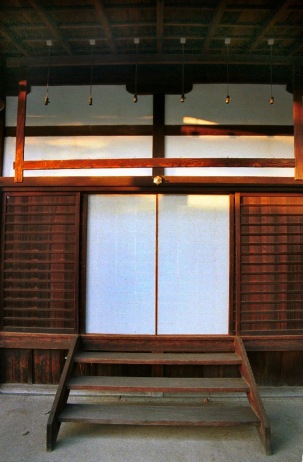 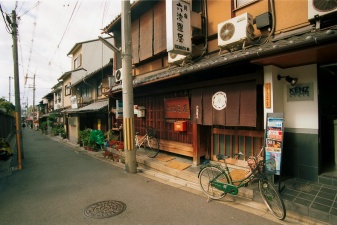 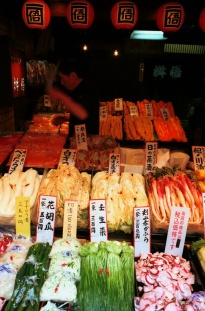 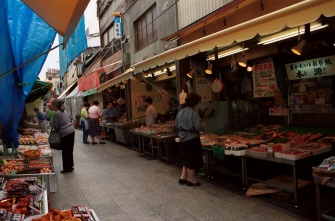 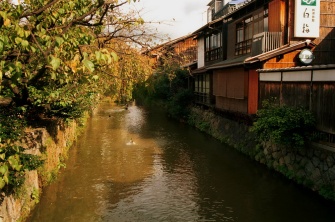 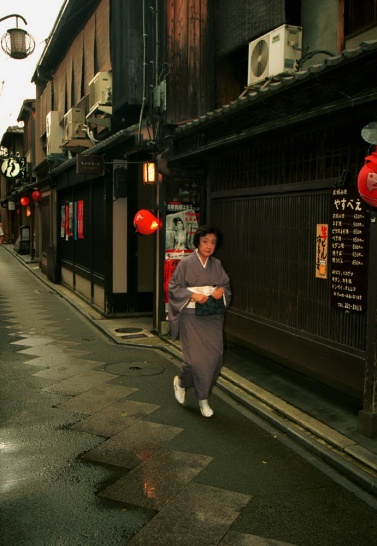 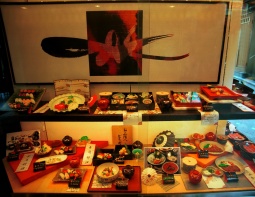 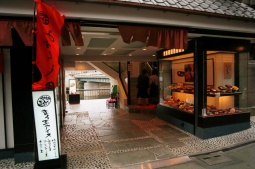 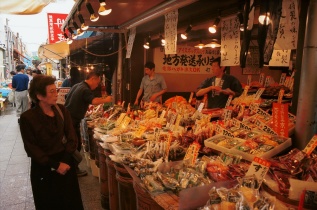 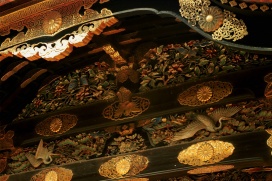