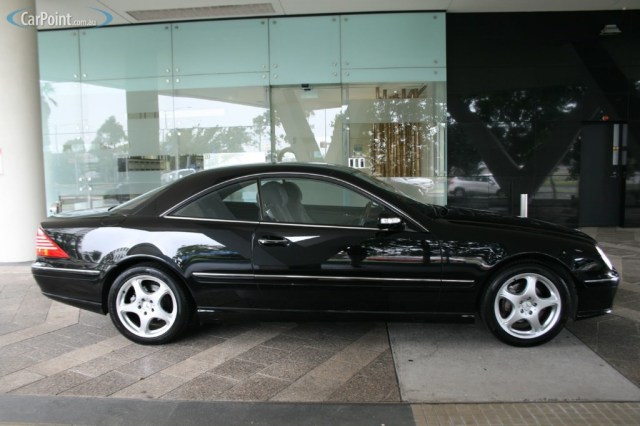 Well, I’ve made the first move. Yesterday I made an enquiry on the car above, with a view to buying it. $34,888. Seems like a good dealership – all the reviews are five out of five stars except one which is 4/5. It’s in South Melbourne. I’ve checked QANTAS frequent flyer bookings and there are plenty available in the next few weeks. I’m just waiting on a call back from the RAC of WA about arranging a check by RACV.

Nervous. This model had some faults but it was supposed to have been sorted out by model years 2005/2006. This is a November 2005 model. It’s a very mechanically complex car and the costs if anything major breaks would be scary. The dealer tells me it’s a one owner car. I’ve done web research on reliability for that model so I’m well prepared.

So, fly over, collect car and just set off eastward from Melbourne, along the coast, with no time schedule, no set route, just taking my time and sightseeing as I go in this fabulous car. Phew. I’d like to get up to Cairns but I suspect I might run out of puff. It wouldn’t matter, the thing is to have a good time. One of my old school mates lives in Ballina so I’d get that far.

And the great thing is GPS. What a fantastic thing this is, taking all the worry out of finding your way, especially in towns and cities. The car has its own built in Mercedes GPS (you can see it above), but I’m so impressed by the Navman Drive unit I bought a couple of weeks ago that I’d install that as well (i.e. stick it to the windscreen). The camera recording is fascinating to watch later (although badly affected by windscreen reflections and smearing), and the quality is good enough to incorporate into a video/slideshow. How interesting it will be in future years to have selected video in High Def of major trips. Relive the memories. Never possible before, and what a gold mine for future historians.

Coincidences! They just keep on coming. I was checking the TV channels a few days ago and Channel 9 were running On The Beach. I had a look, and just at the time that I started watching, Ava Gardner and Gregory Peck were walking slowly arm in arm along a shopping street in Melbourne. Here’s the coincidence: in the background was an illuminated shop sign saying Crofts – Licenced …?  I couldn’t make out the third word and as they walked it became more blurred. Probably Liquor?

So how about that? My name up in lights in a Gregory Peck film.

I followed a thread about Dutch colonial architecture in Jakarta, and wow! I’m glad I looked:

It’s a long page with scores of old photos, and quite a few modern ones. The old photos are striking in their quality, with all the verticals actually vertical! No-one bothers to get vertical lines straight any more. I do.