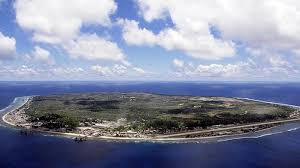 On Friday evening the Turnbull government chartered a plane and sent Abyan* – a raped, pregnant 23 year old refugee – back to Nauru, without receiving medical care.1

Instead of providing Abyan with appropriate medical care, the Turnbull government forcibly returned her to Nauru. For Abyan, this is abuse heaped upon abuse – rather than giving her basic human respect, our country has turned her away.

This is an utter affront to human decency. This is not my government, not my country. I am ashamed of the way this government is behaving. I protest!

We must start organising. We must show our rejection of this thuggish and inhumane behaviour. Email Dutton and tell him he’s gone too far. I have, cc’d to bloody Turnbull.