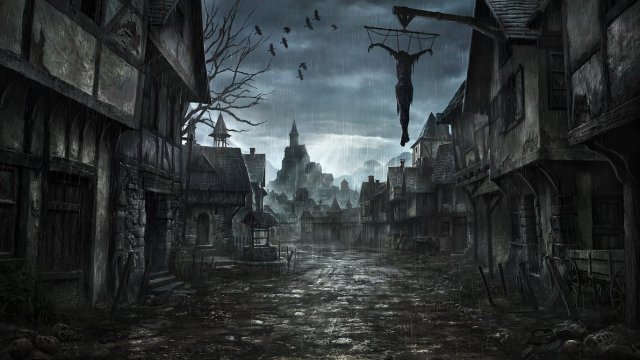 So now, from today, 21 January 2017, we enter a New Dark Age. This will be an age of national confrontation, of United States selfishness, vindictiveness, warlike threats, coercion, refusal to cooperate, outright theft of territory and property, you name it, it will happen.

I will be very surprised if there is not armed conflict between the US and China on one hand and Russia on the other. This President Dump knows nothing of diplomacy, tact, subtlety. He is a bully, a liar, absolutely untrustworthy. We will never be able to believe anything the USA says and trust will be a game of chance.

Any US citizens reading this who voted for Trump, or didn’t bother to vote – YOU DAMNED FOOLS! YOU will be to blame for any deaths that occur. It will be on your conscience. You USA idiots. That you voted for a known, proven liar, a businessman known for his dishonesty, a tax cheat, a misogynist, a mauler of women, a low intelligence idiot, a bully and any other failing you care to name speaks volumes for your stupidity.

The USA has some people who are magnificent – doctors, engineers, scientists, teachers, nurses, researchers, musicians, actors, many military people, … but the majority of the USA are DUMB! STUPID! IDIOTS! Low intelligence racist pigs.

Unfortunately your stupid decision doesn’t affect just you, it affects all of us. Your absolutely crazy choice of president, this pig Dump, is going to affect ALL of us. I will be holding you responsible. Rue this day!

I think about the US presidents in my lifetime:

Of those, almost every Democrat is regarded with kindness by history as having been a good man and who has done something great.

But on the Republican side, look at the record: Richard Nixon, a crook, impeached, forced to resign in disgrace; Gerald Ford, only became president by default after Nixon was ousted, did a bit but not regarded as much; Reagan, came up with crazy ideas eg Star Wars, massively built up the US military at huge cost; George Bush Senior, first Iraq war, failed to complete it, leading to massive problems; George Bush Junior, second Iraq war, responsible for deaths of 5,000 US servicemen and hundreds of thousands of Iraqi civilian deaths, a war criminal of the first order.

Oh my goodness. I have taken on a massive task. I am sick and tired of my Panasonic Digital Video Recorder. It’s about 8 years old now, ancient in other words, and it drives me mad in being too slow to do any actions. It takes seconds to respond to the remote, and since a couple of the remote control keys have become “sticky”, this drives me nuts.

I’ve been thinking it’s time to update. But the problem is that I’ve got around 30-40 programs on the hard drive that I don’t want to lose. In particular, I’ve got the Queen’s Golden jubilee River Pageant on the Thames in 2011, and the closing ceremony of the London Olympics in 2012. The pageant is about six hours long, and the Olympic ceremony is four hours I think.

In addition, I’ve got about eight Shakespeare plays either in movie form from many years ago, or the recent SBS series of four dramas made for TV which are just magnificent. But each one is around two hours. Plus I have many other programs I don’t want to lose.

OK, just dub ’em off onto DVD, I hear you say. Especially as the recorder is capable of High Speed copying. But every program has to be converted to enable HS mode, and each conversion takes at least an hour. The advantage is that the conversion happens when the machine is switched off (after you’ve spent ten minutes making all the commands).

Then the Queen’s Pageant, at six hours, has to be divided up into six one hour chunks to fit on the DVDs, taking another half hour at least. Only then can the copying start. Each DVD, in High Speed mode, still takes 13 minutes.

You get the idea. To clear this Hard Drive is going to take me tens of hours work. I’m already deleting every program I can possibly do without, but the Queen’s Jubilee Pageant was a once in 500 years’ event and will never be shown or seen again. I can’t throw it away. It’s history.

Ho hum. It will be months of work.

I don’t know what’s happened, but I haven’t heard a peep out of next door’s dogs yesterday or today. Could it be … ?