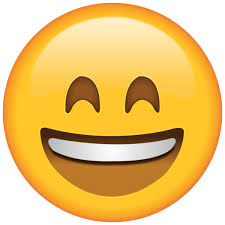 I finally found it!

About four years ago I bought a cheap smart phone, an HTC Desire model, and used it for a while, but became increasingly frustrated and bamboozled by my first encounter with Android. 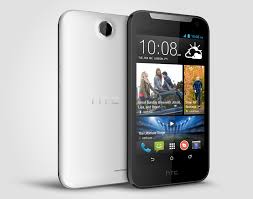 Then I lost it. I searched for a couple of weeks but had to give up and bought what I thought was a better one, a low priced Sony Experia. (That was a dog too, slow as a wet week. I replaced it last year with a OnePlus 3T, a revelation.)

Then in about 2016(?) I found my HTC, down in the front seat gap in my car. Bewdy, I thought. But then I put it somewhere and lost it again. Duh! I searched everywhere but couldn’t find it.

Then yesterday I was looking through various travel bags in my wardrobe and looked in a side pocket of one. Bingo, there was my HTC phone.

It works too. An hour of charging brought it up to 60% and all my phone book numbers and addresses are still there, and records of the last calls I made in 2015. There’s a SIM card in it, but it doesn’t work. Maybe I can get it reactivated.

It seems fast enough and now that I’m used to Android, it’s usable. It’s also very light and smaller, so maybe I should use it for travel. But maybe I should just lose it again.

“The restaurant empire fronted by celebrity chef Neil Perry is saving millions of dollars a year from unpaid wages, with senior managers and chefs saying its profits are based on the systemic exploitation of workers.

“All point to the group’s dependence on extensive unpaid work by permanent skilled chefs and managers who are often migrants.”

And yesterday in Perth, the Ku De Ta prestige restaurant’s staff have walked out en-masse due to non-payment of wages. ( watoday.com.au )

So continues the pattern of businesses trying to exploit their employees, ignoring industrial awards and taking advantage of migrants and the vulnerable. The 7-Eleven scandal showed the way, exploiting mainly Indian and Asian part time workers on student visas who were too afraid to complain.

So much for John Howard’s warm and comfortable view of management-staff relations. So much for employees thinking they have no need for unions.

I forgot to mention that I had my driver’s side window regulator (electric winder) replaced by a dealer, Wanneroo Mitsubishi, a couple of weeks ago after I obtained a non-genuine part, and it went off without a problem. They said it would be two hours, but it was all done in a bit over an hour. (They still charged me the full amount for labour, though.)

It sounds smoother than before and so far doesn’t leak, so that’s fixed. All up it cost $319, not cheap, but it should last another 17 years. 🙂

Next failure has been my Panasonic 4K BluRay HDD video recorder. Last night I found it won’t read any disc I put in. It’s only 8 months old, so that’s disappointing, but at least it’s still under warranty. It will have to be sent away, though, and there are many hours of programs on the hard drive that I don’t want to lose.

However, I’ve noticed that I can see the recorder as a network disc drive on my laptop, so maybe I’ll be able to record the programs over the wi-fi connection to DVDs. It would be hours of work, though. Ugh.

And speaking of wi-fi, for the past two nights I’ve been unable to use Netflix. It was working on Thursday night but now just won’t play any programs, saying “Problem, try again later.” Maybe the networks are overloaded by the World Cup games? I’ll try it again now. Nope, still faulty today, Sunday. I’ve run the diagnostics they give and my end passes, 15Mb/s network speed, so I’ll have to contact them. Dammit.

And as I suspected, ordinary DVDs play OK on the recorder, but not BluRays and 4Ks. That figures, there are separate lasers and the short wavelength one is not working. Dammit again.

I’ve already got my Pioneer BluRay player on the bench with what looks like a faulty laser, so that makes two waiting now. Plus with my Sharp Minidisc unit on the bench with a disc stuck in the drive, my work is scheduled. Thank goodness for the internet and eBay. Getting parts like replacement lasers (and instructions to fit them) would have been near impossible 20 years ago, but it should be easy now. I hope.

PS: I also have Netflix access on my TV, so I tried it and it’s working fine. That means my wi-fi network and internet connection are OK, so the fault must be in the Panasonic recorder. Two faults at the same time. Huh. Do I have time to return it for warranty service before I go away? Looks like I’ll have to.

PPS: It’s all working again. I thought I’d try a reinitialisation of the recorder. When you do it in the “Advanced” menu, nothing seems to happen and the problem was still there.

But next time I powered it on, it seemed to take a little longer and the BluRay and Netflix problems have gone away. And all my settings (channel tuning, favourites etc) remained. Great. Let’s hope it stays fixed. But why did it go wrong?

Aaaarrrgh, now Word Press won’t save or publish what I’ve written, or show me any more than a handful of my saved images. What’s going on?!

OK, I previewed it and now it works. Huh.

PS: I forgot to mention, for the past month or so, I can’t stay logged in. I have to log in with user name and password every time i want to write or edit. Very annoying! Have they changed something? It occurs on both my desktop (Win7) and laptop (Win10), so it doesn’t seem to be anything at my end. Grrr.