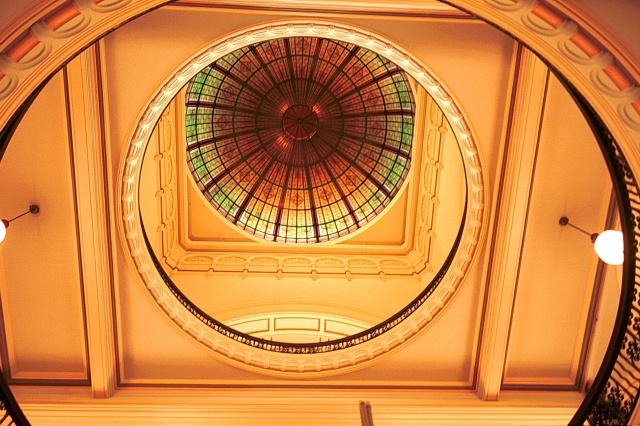 What beautiful weather! It was 28.7deg yesterday and we’re promised 24deg today. I can feel it. There’s no wind but the warm air wafts in through the doors. What lovely weather for a pandemic.  Yes, I had another cold shower this morning, yah. 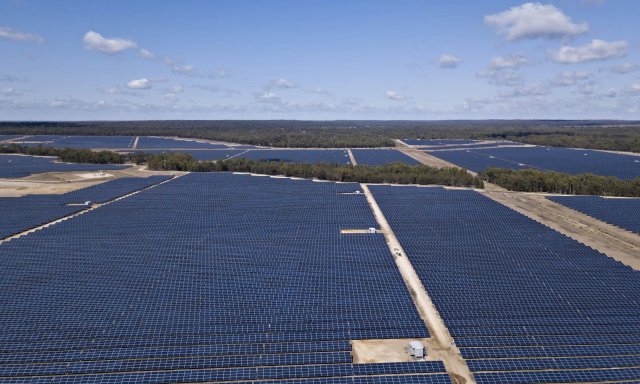 Wow, look at that! That’s solar power, big time. It’s a solar “farm” in Queensland and shows it can be done. Here’s a wider view:

That looks like a big power station in the distance, converting the relatively low voltage from the panels into high voltage for transmission on wires to the towns or cities.

This country should be doing renewable energy in a walk-in. We have so much area and so much sun and wind. Plus we’re the world’s largest or second largest repository of lithium. We can do it.

But with a federal Liberal government committed to supporting coal mining and coal fired power generation, it will be up to us to make it happen. No help from the government. This is sheer madness.

I’ve been told Australia has a shocking record of men’s violence against women and on the evidence of the past few days, I’d have to agree. The trigger was the report of a senior executive of Tourism Australia saying that a female host of a current affairs program on TV should be given a slap in the face or a good uppercut to the jaw for being the presenter of an item critical about some aspect of tourism in this country. The fact that she’s just the presenter who only reads the Autocue didn’t matter.

Then there are the reports of marked increases in police attendances for family violence in WA last month. In fact it was the highest number of complaints on record. I’ll wager 98% of them were men’s violence on women.

There’s also all the comment about the retirement of Alan Jones, that Sydney “shock jock” radio announcer. Shock is right.

These are just the standouts that come to mind. There are many more examples of his hatred of women. (Yet when I said on Facebook that it’s good riddance, several people leapt to his defence, saying if he won 260 odd rating weeks, he’s someone to be respected. Whaaat?)

Then in the news today, the former Treasurer in the former WA Liberal Party government, who engaged in atrocious behaviour toward women while in office, is going to trial on charges that he allegedly assaulted his partner on three occasions over three years. He was put forward as a potential candidate to be Premier of Western Australia. This is one example of the standards of the Liberal Party.

So yes, although these are just some examples of men’s violence against women in this country, and I agree these are awful, I don’t agree that this proves that Australia has a problem as a whole. There’s nothing to prove “all” Aussie men have these attitudes. It’s wrong to generalise from some bad examples. You could just as easily say all New Zealanders are bad because there’s a high proportion of Maoris in bikie gangs, or all German are bad because there are lots of neo-Nazi groups in Germany.

So yes, highlight the wrong-doers, but don’t tar all we men as harbouring thoughts of violence toward women. Thank you.

So, I just twice began sentences with “so”. It’s a plague and I usually pull myself back into line but my loud music at the moment is fuddling my brain.

I’m talking about this because I was listening to a linguist on the radio at 3am last night and someone mentioned “plice” as a word they hate. I agree. I don’t think I’ve heard anyone use the two syllables in police for a very long time, including people who speak very properly (“proply”). They “probly” don’t care.

It’s ironic that people who rattle on about literacy almost always say “litracy”.

People are so quick to adopt cliche words. “Shutter” has now become the substitute for close, but it’s worse because it’s used in past tense, “shuttered” instead of closed, but also as a verb, “the store shuttered in response to the virus”. This started less than six months ago, I think, in the USA with one TV report, and it spread like a bushfire. Even ABC reporters here are using it now. For Dog’s sake, shutter it will you!

Another expression is “I’ve got your back”. Suddenly everyone has our backs. Aussie politicians, particularly, latched onto it and this US expression has stuck like Clag whenever they talk about what they’re doing for us. Please, get off my back!

At the beginning of this virus scare, around early March, I ordered a few sets of facemasks from the Wish website. Several of my orders were notified as “no stock” and my money was refunded. It wasn’t surprising as that time was peak demand. 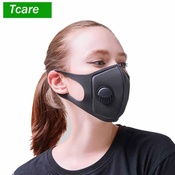 However, five masks arrived this morning, just when I read a news article that said no, don’t bother wearing a mask when you go out because if there are any virus particles in the air, they tend to stick to the surface of the mask and get transferred to your hands when you take it off.

The article even advised against wearing gloves for the same reason, that any viruses (virii  🙂 ) collect on the gloves, then get onto your hands and face when you remove them. Hmmm, I guess I’ll stick to my hand sanitiser.

I got my latest water bill this morning – $655.19. Ouch, ouch. That’s the result of my being complacent. I thought I’d found the source of the leak (my toilets) so I fixed that and stopped looking. Meanwhile the underground leak just got bigger. I’m a fool.