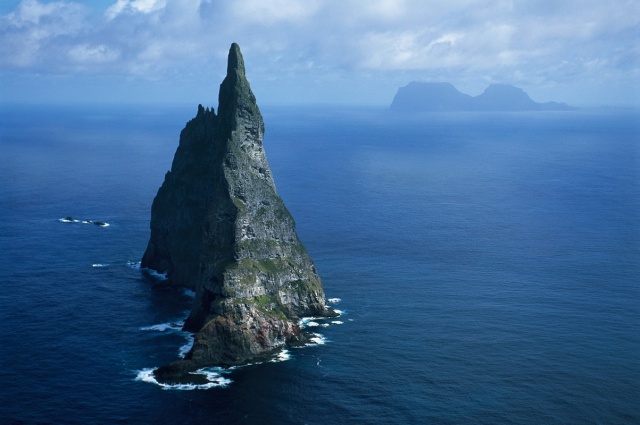 Ball’s Pyramid, 551m, off the coast of NSW, featured in the TV program mentioned below. That’s Lord Howe Island in the distance. Credit: NSW Tourism

Wow, day 92, three months of self-isolation. Not really. As I’ve said, it’s no hardship for me and I don’t hesitate to venture out now if I need to. In fact next Tuesday I’m going to meet up with one of my “photo-dawg” mates for a brekky at a restaurant, the first time we’ll be doing this since early February, I think. (I can tell because I write all my spending down in my notebook, remember? Very useful.)

It will be an opportunity to show some photos from my new Nikon P950 camera, I hope. I was going to go out just now but the rain set in so I’ll wait a while. It should be OK a bit later.

I’ve been singing the praises of the ABC’s co-production, with a French company, of Australia’s Ocean Odyssey, about the eastern Australian ocean current. What a magnificent program. It’s shot in high definition and it shows, beautifully detailed colour, perfectly shot and graded. The underwater shots of fish and mammals are fantastic. There have been two one hour episodes and I think next week will be the last one. Highly Recommended! 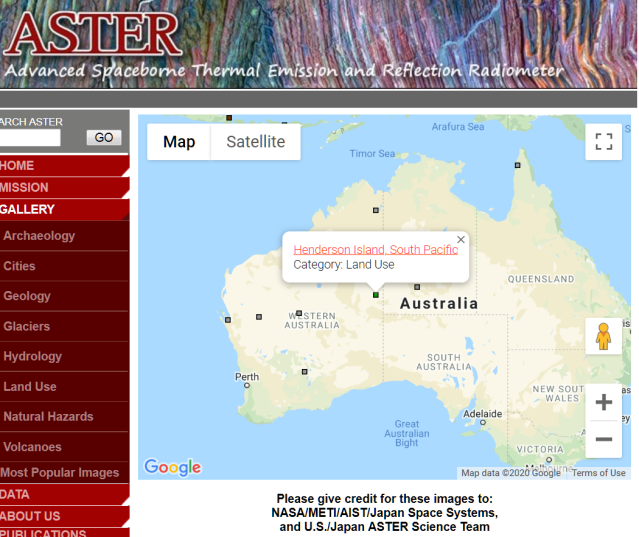 Er, I don’t think so. A South Pacific Island in the middle of Western Australia? If you click on the link, sure enough you get an image of a tropical island. 🙂  I guess I might try and contact them to tell them of this mistake.

I’ve been reading a biography of Albert Einstein for the past few weeks. It’s one of those door stopper books, about 10cm thick, almost too big to hold. Have you noticed how big and thick books have become in the past decade or two? As I say, unwieldy and difficult to hold when you’re reading in bed, which is the only time I do read books these days. Consequently I only get through 10 or 20 pages a night, which in a 550 page book, which this one is, takes many nights.

Anyway, I was wondering if it would hold my attention (it was only $9.99) but it definitely does. Einstein himself was really just an ordinary bloke although being more than 100 years ago, the times were pretty different to now. He had a good sense of humour and seems to have been quite a nice bloke. He had love lives and married, fathering two sons. One was quite like him, but the other son had a mental condition and needed care. Unfortunately Einstein fell out with his wife and although it took years to get a divorce, he moved away from Zurich to live in Berlin with his new love. She was actually his first cousin, but it didn’t seem to matter.

Anyway, I’m gripped by the book. The author (an American) has done a magnificent job of research, incredibly detailed with references. He even goes deeply into the science, explaining first the Special Theory of Relativity, then the later steps to make the General Theory. I suppose it helps if you know a bit about it before you read it, and it would definitely need a strong interest in physics, but that’s me. I’m only about 40% in but I look forward to bedtime to get into it.

The other thing I’m reading is Silicon Chip magazine. I’ve been a regular monthly reader for decades and have not thrown an issue away since 2013  (yes, storage gets a bit ridiculous). In fact I subscribed for the first time a couple of months ago so I get them in the mail now.

I wanted to look up a model railway project a few weeks ago, and once I started reading and going through other back issues, mainly 2014 to 2017, crumbs, it’s like I’ve never read them before. I’m really enjoying reading them as if they’re fresh issues again.

But wow, electronics has changed. I can do the older stuff, but so much now is based on the Arduino microprocessor, which is a computer on a small printed circuit board. It’s very cheap, about $10-15, but you really need to understand how to program them and connect it all together. I’ve been left behind in this area.

The other thing is that electronic components are a bit difficult to handle and solder now. 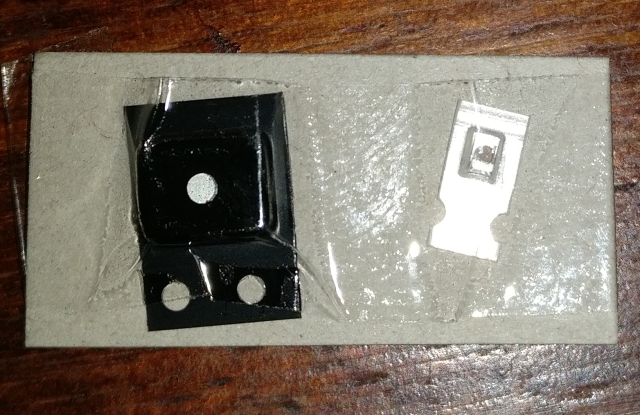 See that white thing on the right? Now look closer and see the tiny white thing just above centre? Now look even closer and concentrate on the small white rectangle at the bottom of the grey area. That’s a surface mount resistor! It’s so small it’s hard to see, let alone pick up and solder. There are no wire leads, you have to place a tiny drop of glue to hold it in place, then use a tiny soldering tip to solder each end to a pad on the board. Yow!

See the black thing on the left? That’s a plastic container, upside down. When I detach it from the cardboard and sticky tape and turn it over: 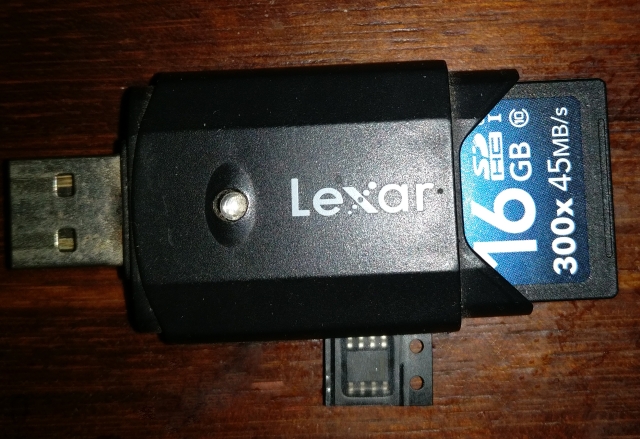 I’ve placed it next to an SD card to show the size. That’s a surface mount integrated circuit. Again, it’s hard to pick up and will need very careful soldering to the printed circuit board. Yoweee! My eyes are a bit bleary these days and this is getting a bit hard for me.

Anyway, I still find it interesting. These are two “hard to get” components for a Silicon Chip model train controller which I’m thinking of building. Two actually. I’ve bought two sets of PCBs and these parts. They are actually for an old style DC controller to get me going. I’m a great believer in DCC but as I’ve said, the controller is Arduino based and I just don’t understand it. (This is the January issue, this year.) There’s no kit available so I’m faced with building this quite complex thing from scratch. I’m baulked by it. Annoying.

I should add that I’ve been reading these electronics magazines since 1960 when Dad gave me my first copy of Radio, TV and Hobbies magazine, as it was then. That’s 60 years! I was trying to build a crystal set at the time, when we lived in Rockingham. That’s what got me started in electronics. Thanks Dad!!

R, TV & H became Electronics Australia in the 1960s sometime, and I claim the credit for the introduction of the Letters to the Editor pages as I wrote making the suggestion in about 1966. The letters pages started  the next month. I never got any acknowledgement, though.

Electronics Australia died in the 1980s, amazingly. It seemed to be a fixture, but not so. Silicon Chip had started up “just down the road” with one of the EA journalists as the new boy, the upstart. And thank goodness, it’s still going now. The original upstarter was a very, very conservative editor (no such thing as global heating, etc) and I thoroughly disliked his attitudes, but he’s retired now.

Which is leading me to say that they’ve scanned the entire output of the magazine from its inception back in the 80s and all these issues are available as PDFs on USB thumb drives. They’re not cheap, costing $100 for each decade, $500 for the lot. I might buy the ones from the late 90s through to now, two or three sticks at $100 each. Then I can give away my collection of the paper issues a last.

A couple of weeks ago I actually got a bit ruthless and tossed my entire collection of about 30 issues of Mercedes Enthusiast mag into the recycle bin, along with about 20 copies of DIYODE, the other electronics hobbyist magazine. I kept thinking I was going to scan the interesting articles, but I never got around to it and lost interest.

This DIYODE magazine is another example of projects all based on microprocessors and using 3D printed parts. This is all a bit beyond me, I’m afraid. I’ll stick to my model railways. Actually, what better application is there for 3D printing? I would love to be able to make my own small plastic buildings, bridges and so on. But at ~$1400 for a good 3D printer, I’m not ready for that. Not to mention the space it takes!