Ooooh, lovely day. I don’t know what the temp is but I’m feeling a little sweaty and I’ve got the front door open for a little breath of fresh sea breeze. Nice.

I’ve been out for a BSB – a ‘Bull-Shit Brekky’ with a couple of photo-dog mates this morning at our favourite cafe overlooking the ocean in North Beach. Because I keep my expenses notebook I was able to say that’s the first time we’ve been able to resume after our last one on 13 March. I miss being able to prattle on about photography and electronics and our solutions to the world’s problems and it was good to be able to meet again. I took the opportunity to take some photos afterwards:

At 24mm. You can just see a ship, centre frame on the horizon.

This is the ship at about 350mm

This is full stretch, 2000mm. It’s the Princess ‘something’. That’s Rottnest Is in the background.

Also 2000mm, but closer so not so much atmospheric distortion.

Trigg Island (that rocky bit with the white post). Fremantle in the distance.

I get daily emails from The Chaser, which for those who haven’t had the pleasure is one of Australia’s funnier and more intelligent teams of comedians. They’re the ones who dressed up as Osama bin Laden when a big Australia+Pacific meeting was held in the opera House in Sydney about 15 years ago. They got through security too, up to a point.

As the second wave of the pandemic in Australia widens, it’s become clear that our business model is going to need some tweaking if we’re going to survive. Our normal business of serving in-house freshly baked quips, witticisms and japery is simply not logistically possible. People in Melbourne are no longer allowed to travel across the city to pick up our very specific joke about butter chicken. Increasingly, people in Sydney are hesitant to physically come in to pick up a loaf of satire, or a pint of parody.

That’s why I’m proud to announce today that we’re partnering with Uber to allow you to enjoy our two-and-a-half-star comedy without leaving your house.

From now on, all our jokes will come in vacuum-sealed frozen containers that you can easily re-heat in the comfort of your own home. Don’t worry, it’s perfectly safe. We’ve been re-heating and re-serving our own jokes for years. Even a joke that’s 20 years old can be served as fresh if you know how to reheat it correctly.

Of course, Uber will be taking a 30% cut on all orders, so you may notice a drop off in the size and quality of many of our jokes. But it’s important to support local jokes, so please buy them anyway.

Here’s a sample of our menu.

I’m not so sure about the ‘Albo and Bill Shorten are useless’ tropes but I had a good laugh anyway. 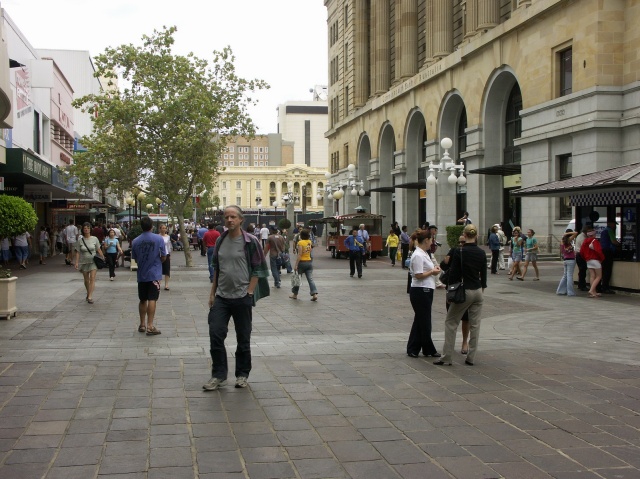 This pandemic is becoming a bigger problem than we imagined back in March, isn’t it? It’s not just ‘going away’ as the Dump would wish it to, on the contrary, it looks like being a problem for at least another year. The only hope is that an effective vaccine will be developed, but even if it was, it would take months or a year before supplies can be manufactured and distributed.

The USA will try to out-muscle everyone else to get supplies, of course. Trump has dragged their reputation as a world leading citizen down into the gutters. Yet so many people over there are utterly blind to his bullshit and lies, utterly unable to see any other point of view. With the USA armed to the teeth, more weapons than people, it will only take a small spark to set off a catastrophe. Cleansing fire?

PS: I’ve just found this in The Guardian –
Sheriffs around the country are refusing to enforce or are even actively resisting Covid-19 mask laws and lockdowns, while others have permitted or encouraged armed vigilantism in response to Black Lives Matter anti-racism protests.

America has been a looney country for many years, but now I will say they are truly insane. Sheriffs, officers of the law, “permitting or encouraging armed vigilantism”!! I can confidently say, I will never, ever set foot in the USA again. Madmen.

Meanwhile, our home grown reptile, Clive Palmer and his court case to FORCE us in WA to open our borders is setting everyone’s teeth on edge. This selfish man who cares more about his own money than the health of the rest of us is challenging WA in the High Court over section 92 of the Constitution regarding “free and open intercourse between the states”. The framers of the constitution had the right idea, that there should not be any impediments to free trade and entry between the states of Australia. There should not be any fee charged to enter a state, nor any tariffs on goods between states.

But they never envisaged a situation like this. This is clearly a case where the constitution breaks down, where it doesn’t cover this state of affairs. We can only hope that the High Court sees common sense.

Meanwhile, the Liberal Party have decided to shoot themselves in the foot by supporting Palmer in his case and taking Palmer’s side. The anger this is producing here looks as if it will lose them a huge vote in the next election. WA has always been vitally important in federal elections and it’s very possible that they could be wiped out federally in WA.

They’re already very much on the nose at a state level with their blocking of the reinstatement of the commissioner of the CCC, showing that they have a lot they want kept hidden, and their support, then reversal of support for the hard border. What a stupid situation – the WA leader of the Liberal Party, Liza Harvey, first argued strongly that the border should be opened, then when the Victorian virus resurgence happened, reversed herself and said it must remain closed, and now her federal colleagues are contradicting her and saying it must be opened! What a crazy party.

I’m rubbing my hands with glee of course. I don’t hide it – I’m a long term Labor supporter and the more the Liberals show how incompetent they are, the better, as far as I’m concerned.