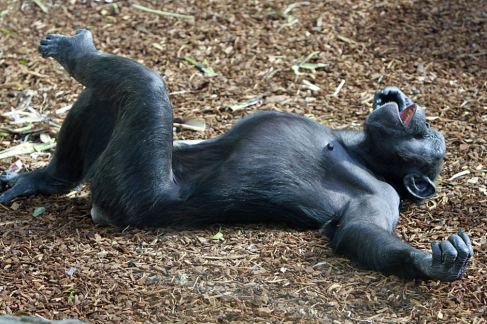 From The Independent:  Goodbye to ‘she sells sea-shells on the sea-shore’, hello to ‘pad kid poured curd pulled cold’ – quite possibly the hardest tongue twister ever created.

Although the phrase makes little sense, it was able to completely defeat volunteers taking part in a US speech study, researchers said.

Asked to repeat the phrase 10 times at speed, many of the participants simply stopped speaking altogether, according to lead researcher Dr Stefanie Shattuck-Hufnagel, from Massachusetts Institute of Technology (MIT) in Boston.

“If anyone can say this 10 times quickly, they get a prize,” she said.   [The Independent]

What’s the problem? I can say this easily, even ten times. Maybe it’s an American accent thing. I should claim the prize!

Sometimes you have a win. I like digital DAB+ radio but reception up here has been marginal – lots of fading.  I read about a month ago that Perth had been approved for a “black hole” reception boost and we were going to get a repeater at Mindarie, just down the road. Oh yeah, I thought, in 2015 maybe?

Then yesterday I read in Silicon Chip that it’s done – Mindarie is up and transmitting. Sure enough, I can move the radios around now with minimal fading.

My car radio also has DAB+ reception, so it should make that work well too. Finally, Perth gets some attention. We were the first Australian city to get DAB+ in 2009 as well. Well, well, well.

I’d be out shopping today or tomorrow, but the crowds and full car parks at the major shopping centres put me off completely. I’ve sussed out the way to bus and train to Joondalup Lakeside and it’s not too hard (the bus stop is only 150m away), but it will take the best part of an hour to get there. Then, with no car, you’re restricted in what you can carry. If I want to drive and park, I’ll just have to get going early. At least I can use the Seniors bays now.

I watched a BluRay I bought from Amazon last night. I only ordered from them because it doesn’t seem to be available in Australia. It cost $17 approx. It’s a US Region A disc, meaning you can only play it with a Region A player. Lucky mine allows changing regions. I’ve got a half dozen or so Region As now.

I need another BluRay player – I’ve got two viewing rooms now. How decadent.  You can buy multi-region players in Australia, but it seems to add $200 to the cost of locked players. Why?? It’s a very minor change in the electronics. I think it’s the Australia Tax at work again.

The movie? It’s about a six person mission to Europa in 2200 I think, but it was never deemed good enough to go to cinemas. I can see why. The idea is good, but it’s just another American plot with clashes between the crew, grumpy astronauts, venturing onto the surface without testing it first, lots and lots of sparks and radiation and equipment failures and so on. The camera work is jerky, hard to watch and very jumpy.

I watched right through, but (a) how come astronauts who can’t get along with each other are selected for a two year mission? (b) why are grumpy, argumentative guys chosen who don’t seem smart enough to have any science knowledge? (c) why are all the computer display graphics so crude and hard to interpret 100 years after the invention of graphical user interfaces?  Finally, why couldn’t we have had a storyline which showed the awesome sight of this ice and water world? All the scenes are dark, close up and dirty.  4/10

I look at BBC Australia on the web most days and I’ve long noticed that the weather forecasts for Perth are wildly out. Almost every day they say Max 4C Min -1 or similar. I thought this was just an HTML oddity.

But a few days ago I got sick of it and tried to change my location. I typed in Butler WA but all I got to choose from was UK addresses. Then it dawned on me – the Perth on the BBC page is Perth, Scotland. So much for BBC Australia. 🙂