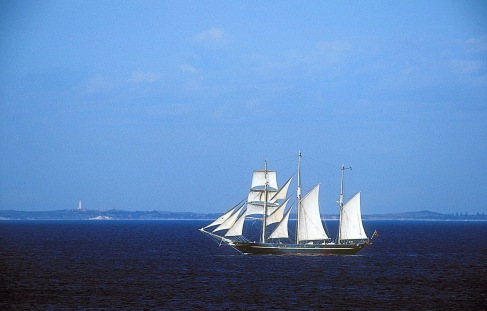 What a delicious irony.  For those who don’t know, the WA government’s solution to an increase in shark attacks in the last few years is to place baited “drum lines”, huge floating, dangling meat baited hooks, about 1Km off our beaches with the idea of catching, and therefore stopping, the sharks.  There is huge controversy and protest about this and I count myself among the dissenters.  I believe it will actually attract sharks, and when small sharks are caught, that will attract the bigger sharks which feed on them. That has proven to be the case so far.

This weekend is the Perth to Rottnest swim and the government has decided to remove the drum lines in the area where the swimmers will be.

Therefore, they must either think that the drum lines attract sharks and are a danger to the swimmers, which is what we think, or it is actually safe to take them away, that this protection from sharks is not needed, which is also what we think.

In fact, the figures are showing conclusively that the vast majority of sharks being caught are Tiger sharks which are not considered a serious danger to humans in areas where they have plenty of food.  When caught on these drum line hooks, they have to be released and the evidence is that bigger sharks are actually attacking and eating the hooked sharks.

If you check Wikipedia and Shark Facts you’ll find that culling of over 4,500 of these sharks in Hawaii over about eight years made no difference to the very low risk of attack.   So how is this making the beaches safer?  They are also an endangered species.

“For every difficult problem, there are a hundred simple solutions, all of them wrong.”

Second day at 20 units of insulin.  No ill effects, but no dramatic improvements either.  I’m seeing the doc this afternoon.  Meanwhile I’ve been told that one of the meds I’m on is a significant weight gainer. OK, I don’t need that one (it’s mainly to help sleep), so I’ve dropped it.  I need all the guns I can muster to lose weight!

I’ve ordered a robot vacuum cleaner.  I have vast areas of white tiling in this house which show loose dirt, plus the carpeting in the three bedrooms and “computer room”.  I consider vacuuming a waste of my time, so this is what I need, a robotic helper.  It got a good review so I decided to make the jump.  Should be here tomorrow week.

And with this marvellous dishwasher, the waste of my time washing and drying dishes and cutlery is also saved.  Hooray!  If only I’d had this years ago, I would have saved years of my time.  Now, if only I could invent an automatic clothes hanger-outer.  What a fiddly waste of time that is.  (No, I don’t like dryers – too much damage to clothes and too much power wasted.)

I think about it a lot but it always involves a big hole through the laundry wall from the washing machine to the outside.  I don’t think that would go down very well.  It needs a lateral thinking solution.  Maybe like a heated indoor dryer? Hmmmm.

Wow, I’m using video stabilising software to batch stabilise a whole folder (21 HD video clips) at the moment. This is using all eight cores of my Core i7 processor at near 100%.  I started it nearly four hours ago and it’s only done 12 of the 21 so far.  Looks like it’ll be an all day job.  This is just one of seven folders, each with an average of 25 clips to be done.

Why?  I made a DVD of Scotland five years ago but it was marred by excessive camera shake in the driving shots and other camera movements, despite the Canon HF10’s own lens stabilisation.  I used special software at the time, but it wasn’t really enough.

Since then a new version of the software, Mercalli, was released in 2012 and I’ve got it. It’s a vast improvement and makes the driving shots very watchable, so I’ve decided to re-edit the DVD, especially considering I’ve got new editing software as well (Grass Valley Canopus Edius Pro).  I made the original in standard definition too, even though all my material is HD.  So it’s time to remake it as a BluRay.  BluRay players are now down to $68-$85 – c’mon.  The quality, the depth, the sparkle of HD is amazing.

Besides, I’ve learnt a lot in five years and this time I’ll make a much better stab at it.  Add some scripted dialogue, rather than relying on my voice comments at the time.  Better than vacuuming, doing the dishes or hanging washing!