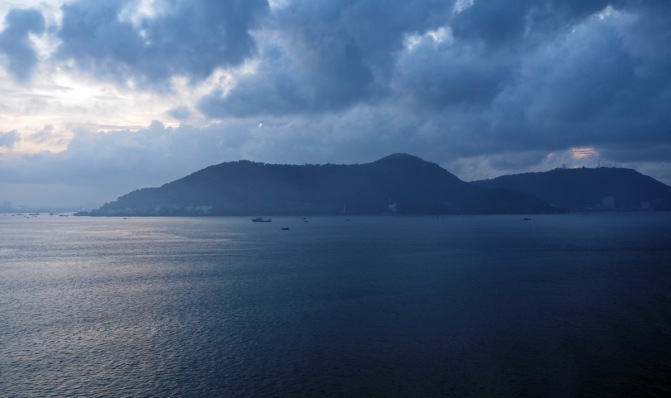 I awoke suddenly from my cocoon under the sound deadening pillows to see the light before dawn and a very big island out of the cabin doorway (we have a balcony cabin with a sliding glass door). There were ships and boats gliding around everywhere, many with lights on. I shot a lot of video. I’m finding that my SLIK tripod with its central bubble level, plus the little Cullman tripod head with its bubble levels, plus the built in level gauges in the Olympus E-M1 are allowing me to do some nice steady video shots. The tripod head is marvellous. It’s not meant to be a video head but it’s doing a great job, very smoothly panning and tilting. Nice.

This is a big bay leading to the harbour for Saigon, Phu My. Very, very slowly we moved closer to a huge concrete pier, finally edging right up and stopping.

The Phu My container port was revealed, and what a contrast with Bangkok! All the machinery is here, scores, almost hundreds of container cranes and transporters, but no business! Nothing happening. No containers.

I can’t help wondering if this illustrates the difference between a free country, Thailand, and a Communist one, Vietnam.

Jan left for the 2 hour drive to Saigon but again, I can’t face that so I’m staying “home” for a day off. Ha. 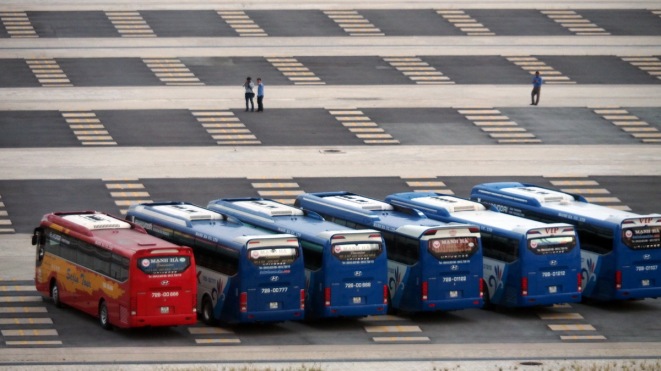 Midday – the tide’s gone out. All the stone around the pier is exposed and the ship must have sunk several metres. 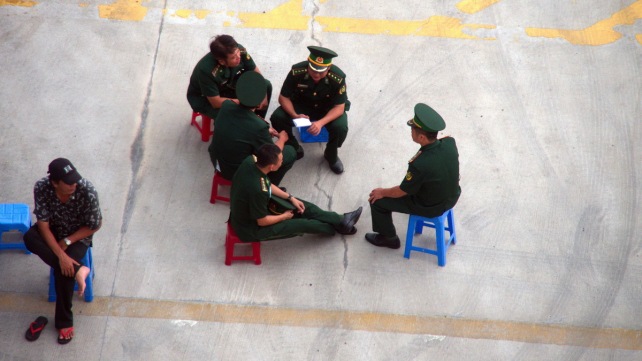 At 3.30pm it’s lunch, and very nice too. It’s very hard to resist all the delicious foods when you can take whatever you like and as much as you like. I keep feeling I should go back so as not to miss something. But I don’t.

Jan got back around 5pm tired but happy enough. He said the traffic this time wasn’t too bad. He’s very disappointed that a major park in the middle has been almost completely torn up to build a new underground railway. He feels it was historic and will never be the same.

Phy My, Vietnam, the port with no business.