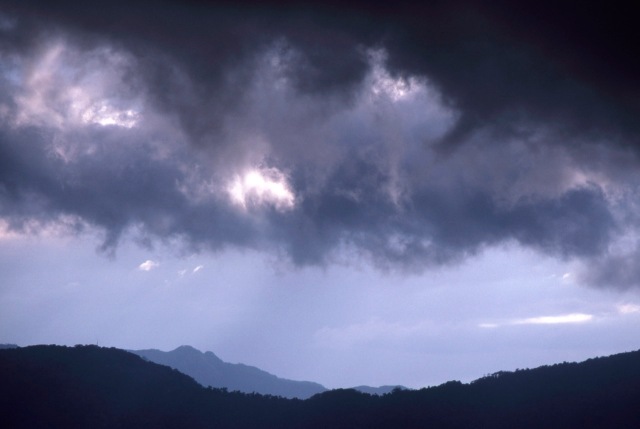 I was thinking of starting an appeal for disaster relief funds to help NSW after their giant storms and floods.

Bulldust am I! No bloody way. After all the vicious bile that’s been coming our way from NSW commenters on the Guardian and ABC websites, to the effect that WA does not deserve any relief from the crippling 70% GST ripoff, I say go fuck yourselves, people in NSW.

I’ve been extremely disappointed at the level of sneering prejudice, the belittling comments, the nasty snide remarks to the effect that WA can forget about any compromise on the GST ripoff. This comes mainly from Sydney, I think, and fits with the nasty attitudes from Sydney that I had to put up with for years in my working life.

Childish jokes about needing a passport to go across the border, about WA being two hours behind the rest of Australia, about not knowing there’s a time difference. I got a phone call at home at 6am one morning in the 90s from a company in Sydney. When I politely pointed out the time, the guy didn’t seem to know that there was a three hour time difference. Har har.

This GST has seen it all come out again – the sneering, the prejudice, the “masters of the universe” attitude from Sydney. Leo Schofield, the toffish Sydney art critic, was caught out making sneering comments about Tasmanians last week and had to apologise. That’s typical. It’s a form of racism – anyone who’s different is looked down upon.

Yes, it’s true that for 90 out of the past 104 years WA received subsidies from the other states. Considering that we comprise 1/3 of the country with less than 10% of the population, and if you believe we need to occupy the land or have evil eyes looking at occupying it for us, that seems not unfair. And considering the massive road network need for this huge state, we deserved help.

But I’d argue (without knowing the true facts) that in the past 15 years WA has repaid those subsidies in mining royalties flowing east, maybe more.

And considering that Australia’s defence bases are almost entirely concentrated on the east coast. WA only has two air bases, but with no aircraft! We’ve got the SAS and HMAS Stirling naval base, and that’s it. Defence bases are huge generators of local wealth and employment. WA gets very little of that wealth.

There’s also the pokies factor. All the eastern states get massive revenue from gambling on the pokie machines, with all the social ills and addictions and costs. WA has always stood alone – we forgo the revenue, but we don’t have the costs that gambling imposes on society.

Almost all of Australia’s cultural facilities are concentrated in the eastern capitals. Want to see the world’s great artworks? You’ll have to go to Sydney/Canberra/Melbourne. Rarely does anything come to WA.

So it works both ways, you arseholes. If you notice a certain chilly welcome when you come west for your holidays or whatever, look to your own attitudes. It feels to me as if there’s a new barrier on the SA/WA border. WA really is another country. My attitude has changed in the past few weeks.

So don’t expect any help from me in WA. Fock off.

Coincidences again. There used to be a guy working at Channel 7 in the early 1970s called Frank Benedetto. He was an American, from New York. Just travelling the world at the time. He only stayed a year or two and went back to the US.

Then he came back to Perth for a visit about four years ago, got in touch and we all had a coffee morning at Kings Park. He’s been in my mind inthe past few days in connection with our 55th Reunion last Sunday.

Yesterday I was at the Soda Cafe at North Beach and in the parking area was a delivery van – Cafe Benedetto. Bloody hell. It’s not a common name and this was an uncommon coincidence. Creepy.

The reunion? Not bad. We had nearly 100 turn up, which seems a lot but considering the past staff list numbers about 850, it seemed a bit sparse. I was one of only five from Engineering, which was disappointing but not unexpected. I’m not sure that the reunion was advertised very widely. I suspect many didn’t know it was on.

I discovered that Boffins Bookshop has moved from Hay St to a new under-street shop in William St, opposite Wesley Arcade. I used to visit Boffins a lot, but gradually found I couldn’t climb their steep stairs to the meaty books upstairs. Now it’s all down a pair of escalators, on one level. Good! I bought one book on Sunday and saw a couple more I want. I might even go in today. Using the train makes it easy and my travel is free on the Seniors Card.

My warranty replacement OCZ Solid State Disk hard drive came last week, complete with big red Quarantine stickers and tape on the box. It seems the Customs dog had sniffed something so they opened my parcel. No problem, of course.

That failed drive cost me two days’ severe stress and lost time, right at the critical time of the NSHS Reunion last year, and $52 in shipping cost to return it to Taiwan. I now have a brand new OCZ 240GB drive, but I won’t buy that brand again. I bought a Samsung to replace it at half the cost.