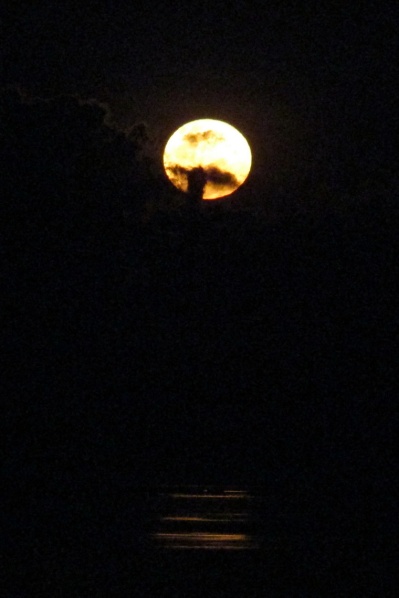 What a night was last night. Thanks to V’s perusal of events and things to do, we went to a beachfront “market”, for want of a better word, last night, Sunday night. It’s just a big cleared area off the main street of Sanur on the beachfront. There are tables and chairs, lawn for picnics and a big range of food and drink stalls. Fabulous, cooked-to-order food, with beer or wine available. A stubby (330ml) of Bintang is Rp25,000 or about $2.50, and a large glass of wine was about $10.

Anyway, the highlight was that we were sitting on the beach when I noticed a faint red glow above the island of Nusa Lembongan or Nusa Penida. At first I thought it was a fire, but it grew rapidly and then I realised it was the full moon rising. Wow! 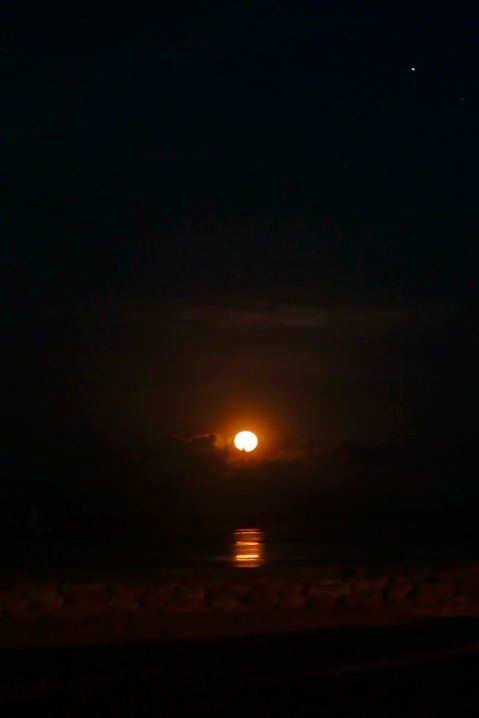 I had my camera, of course, and over the next hour I shot 85 frames. (That’s the great thing about digital, you can just keep shooting almost regardless. With a 32GB card in the camera, I can take about 10,000 shots!)

So here are some more samples. 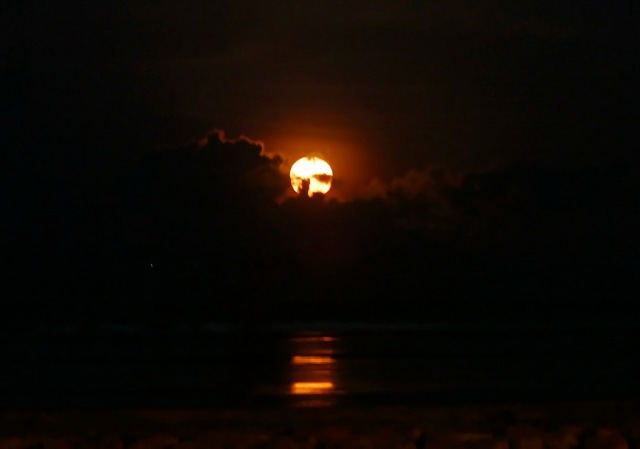 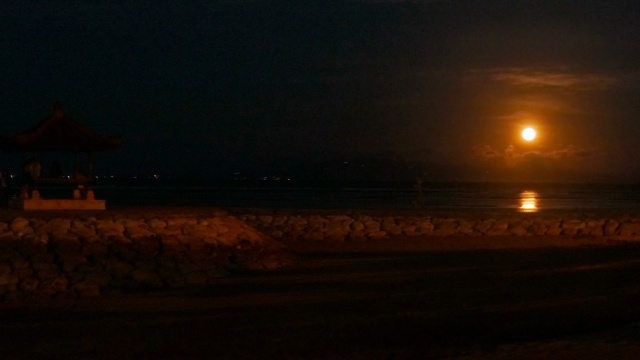 Looking to the left (north), there was a brief fireworks display above the Bali Beach Hotel: 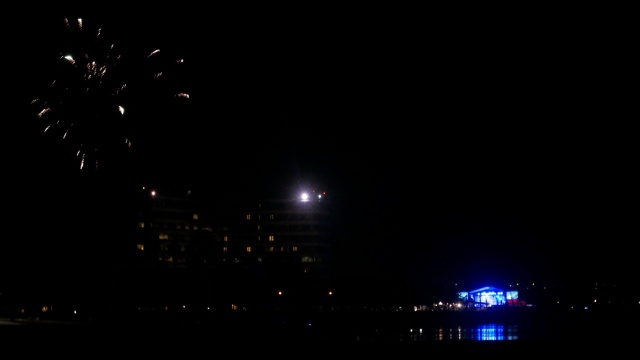 After that, a couple of guys walked in front of us above the waterline and pushed something tall into the sand. What was it? A skyrocket.

Veronika went over to talk to one of the guys when it was finished. He was a Kiwi and said it cost about $20 for that multiple rocket launch.

I was excited by the prospect of some good photos, but unfortunately working hand held at ISO1600 meant that my pics are pretty noisy and many were shaky or blurred. I had to switch to manual focus. I have nothing but praise for the camera, the Panasonic FZ1000. When shooting in MF, it brings up an enlarged centre square with sparkly edges when you hit focus. Even in the dark, you can see this and also the horizon line so that you can keep the camera level. Add image stabilisation and it’s a revelation. If I’d had a tripod, I would have done much better, though. Overall, with a taxi back to the hotel costing only $2, it was a good night.