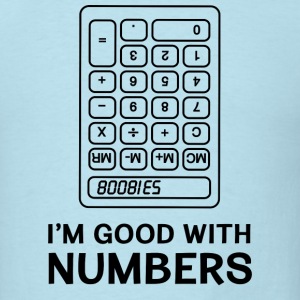 Another of my amazing coincidences. I was browsing in a shop yesterday (JB HiFi) and picked up a novelty greeting card that showed a picture of an old calculator with the number 5318008 on the display. Upside down. So it reads BOOBIES, as above. Ha ha.

OK. Then on an episode of The Big Bang last night, Sheldon asks what’s the best number. Howard immediately says, you guessed it, five million, three hundred and eighteen thousand and eight, 5318008. Bazinga! Twice in the same day!

Another: My mobile just rang but I missed the call. I phoned the number back and asked who it was. Graham. Graham who? It turned out to be a guy called Graham Baptie, who I got to know at my old house at Trigg in the 2000s. He used to have a beautiful Retriever called Hugo, who he was devoted to, and Hugo and Minnie used to get along well. 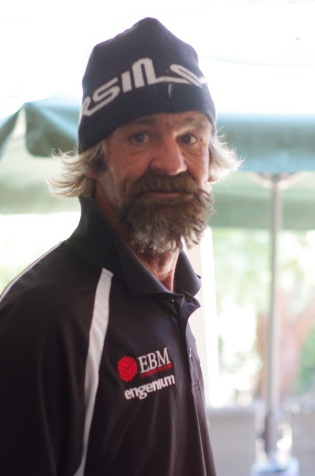 Graham looks a bit tough but once I got to know him through walking our dogs on the ovals, I realised he was a good guy. For a while I wondered about his ethnicity, but he’s Scottish, just one of these guys who has found life a bit hard. He’s skinny and lean, because he walks everywhere. He’d think nothing of walking 10km. He used to do small jobs for me and I’d look after Hugo any chance I got. Which was not many times, because they were inseparable. But I’m afraid Graham said Hugo died a year ago, in the same way Minnie did, his back legs gave way and he couldn’t get up any more. Graham had to get the vet to put him to sleep and he’s still very sad about it.

So how about that? An accidentally dialled number, and we talked for nearly ten minutes.

The “Reset” title refers to me having to suddenly reset my plans for the next few months.

As I’ve said, I’ve had the dreaded band removed ten days ago, and I thought it was prior to having the gastric sleeve operation. I had the followup appointment with Gastroboy, the surgeon today, and I was all fired up, despite being quite fearful, to set a date for the big Op.

But no, now he’s counselling me against it. He says at my age, with my coronary condition (lotsa stents) and with Chronic Lymphocytic Leukemia (CLL), the risks are a bit high. Mainly the risk of leakage of the seal, which would be dangerous and quite hard to fix, given my age. Much easier for a younger person.

Well, that’s produced quite a mix of feelings: relief, obviously, because I was quite scared of such a major operation; but disappointment, because I was looking forward to getting back to a normal size; frustration, because now I won’t have the diabetes fix and I won’t know what’s causing my tiredness, the diabetes or the CLL; some elation, because now I can plan for the next six months with some certainty; but frustration, again, because I’d like to do some long distance travelling and I’d hoped to be smaller and lighter and more easily able to fit an aircraft seat.

This changes everything. It will take me some days to adjust. One thing I’m noticing in the past few months is that I’m slowly getting my blood sugar under better and better control, which is very noticeable in the absence of ulcers and skin breaks on my legs. There’s quite a direct correlation there – blood sugars above, say 12, and dry, scaly skin that breaks easily. Below, as it is now, and almost no trouble. My average b/s levels are now down around 8.5, compared to 11 a year ago. Brilliant.

I suppose if I made a really serious effort at weight control using the Very Low Calorie Diet approach, coupled with my much reduced appetite for alcohol these days, followed by the Lite’n’Easy delivered meals (well reviewed by CHOICE), I might be able to fit those ‘plane seats again without resorting to dangerous surgery.

Another awful night of insomnia last night and despite a couple of hours when I got home from the city, I still feel weary. I felt as if I was drunk today, swaying with fatigue. This is bad.