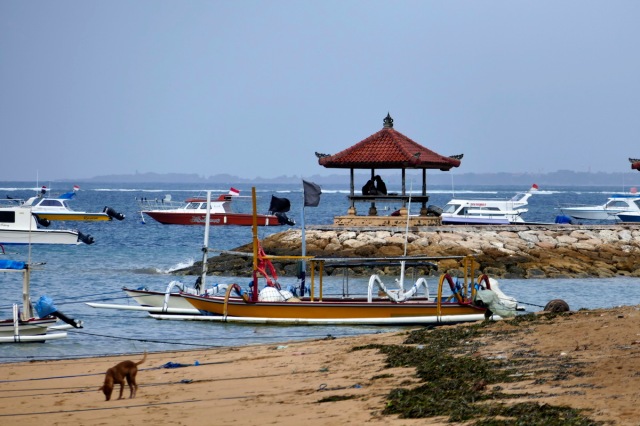 Saturday 10 June. The forecast is for 31C today, and with humidity, it feels every degree. Luckily the pool is cool and inviting.

I slept poorly again last night – usual thing, dropped off easily around midnight after some pleasant talk in bed, but I woke again around 2am and that was it. I gave up at 4.30am and came out to the dining room and watched some YouTube TV, episodes of The Island, with Bear Grylls. Good show, that, if you can understand the incredibly thick British accents.

Then I was given a sedative I haven’t tried before, Zolpidem. Within 10 minutes I was staggering off to bed at 0600 and I slept like a log until 11am. Wow.

While I was up and awake, I tackled a problem with my laptop. I kept noticing a new User had been added at boot time, nuvfoykoxk. (Oh, I know, it’s Donald Trump!) I first saw it a couple of days ago and deleted it as a user. But guess what, it kept coming back. My anti-virus program didn’t flag anything.

So after a couple of attempts, I ran Windows Malicious Software Removal Tool. Nothing. No problem found. OK, next one, Malware Bytes. This time it found two potential files it didn’t like and marked them. I chose to delete them and bingo, no more strange user – at the moment. Let’s hope.

[Postscript: no, on Sunday it’s back again. I’ll do a web search to see what it means. Meanwhile, don’t use any important passwords, I guess.]

Yesterday afternoon we had to walk a fair way to a friend of V’s place to pick up her rented Diahatsu mini-people mover (that’s a car for mini people, yeah?) I walked about 10 mins in the heat and it seemed we were only a quarter of the way there. I stopped for a breather at this little stall:

This was the highlight of my day, such nice people. The woman in green was weaving the small baskets used for the offerings in ceremonies. She told me the name, but I’ve forgotten. There was enough English from one of the women and I have enough Bahasa to explain a few things, so we laughed and exchanged pleasantries for 15 mins or so while V went on and until she and Werner came back in the car. Ahhh, aircon.

This was one of the most pleasant times I’ve had here. As you can see, my legs are giving me problems again. I slipped on some pool steps and scraped the left leg. It broke the skin and it’s oozing a bit. No infection so far, luckily. I’m applying Emu Heat Oil as a first resort. It seems to work in healing. The main thing is to keep the flies away.

Once we reached Werner’s house to drop him off, it was time for coffee, cake and lemon water. Werner is a retired German policeman, same age as me, 70, who trained police dogs, so he knows what he’s doing.

He has three Dobermans and looks after Yupi, the Great Dane that V had for a while, until she had to travel. Yupi is probably better off in the dog pack anyway. She’s lonely and demands a lot of affection.

Then we bought some food. Street food – deep fried balls of a batter filled with beansprouts, carrots, tofu and onion, the size of a big softball, 10c each. V bought 20 for about $2. And tofu fritters. Delicious! Then we went to the fruit and vegetable market in Singaraja. Lucky we were in a small car, because there’s not mushroom inside, to quote the old song. It’s a huge street market, all on stalls or on sheets on the ground.

Among other things we bought some beautifully flavoursome tomatoes, with the taste we complain that we don’t get at home any more. V bought about a dozen huge coconuts, heavy, weighing about 2kg each. Plus salad veges, papaya and so on. All amazingly cheap.

These are all frame grabs from 4K video. I wish I could show that here, but Indo blocks Vimeo. There may be another way, but …