I’m finally on the National Broadband Network (NBN) with a connection to the fibre optic cable network. Notice I don’t say connected to fibre direct. That’s because the cable guy who came yesterday to connect me said, “Sorry mate, you connect by twisted copper to the nearest node.”

What??!! My ISP says I have Fibre to the Home. Nope, they’re wrong. But he said not to worry because they are finding they are getting better speeds over the copper than the fibre. I find that hard to believe.

Anyway, the connection took more than an hour, requiring the installation of a new coax cable from the external box through the wall to a new connector plate on the inside wall. Crumbs! The guy was only 30 and was fit, and had done this before because he just set to it, no need to stop and think. He actually unscrewed and lifted some of my roof corrugated sheeting to get access for his “snake”, standing on the top platform of a 2m stepladder while he was doing it. It was wobbling and I would have been petrified, but he just rode it.

So then he connected his Opticomm modem and then connected that to the iiNet wi-fi modem that had arrived last Monday and said, “Right, I’m off.”

What? What about the rest of it, getting me on-line. “No mate, I don’t work for iiNet, that’s their job. See ya”, pocketing the extra fee I had to pay him (in cash) to do the wall cable and socket job.

Today I tried to log in to the new wi-fi router with no success. To cut a long story short (phone call 1 = 49 minutes, phone call 2 = about 15 mins) and two or three new user names, SSIDs and two new passwords. I’m finally on. The iiNet support woman was in Capetown, South Africa, by the way. Cherelle.

I’ve just checked again – 5.6Mb/s, about the speed I get in my Bali hotel rooms. Patience, patience.

I also assumed I’d be getting a VOIP phone in the package – that was definitely my impression. Nope, I have to buy it myself. I can just plug my existing phone into the back of this new modem. That means I have to relocate everything. Tomorrow ….

One good thing – she said I’m due a rebate on my month’s fee for this billing period of $60. Yes, I agree with that.

Now I hope I can finish fixing one of my other laptops, the one I’m selling.

It was totally screwed up, reaching the desktop, but not allowing anything beyond that. (When I last looked at it before I left for Bali on 3 June, it wouldn’t even power on. Reset button? Nope. Samsung. Not impressed. That’s why I’m selling.)

I had a brainwave – make a Windows Recovery Disk on another of my PCs. I used a USB drive and it took ages, more than an hour.

But eventually I had a bootable recovery USB drive. After finally being able to get into the BIOS to make it boot from the USB source, I plugged it in to the faulty laptop and bingo. It booted and everything was back to normal. I went back to the BIOS to ensure it booted from the hard drive again and restarted. All good.

So I decided to do a complete re-install of Windows as per the Settings menu. It started OK, but I soon found it was downloading a complete new copy of Win10 with all the latest fixes, a 4GB download! Over my slow ADSL connection. Last time I looked, after more than 12 hours it was at only 16%.

I’m hoping now that when I next power this on, it will resume at my new fibre speed.

I’m pretty pleased that I’ve been able to do all this myself, instead of needing to put the laptop in to Samsung for “repair”. It takes me a while to think it through, but I get there. Not bad for an old bloke. 🙂 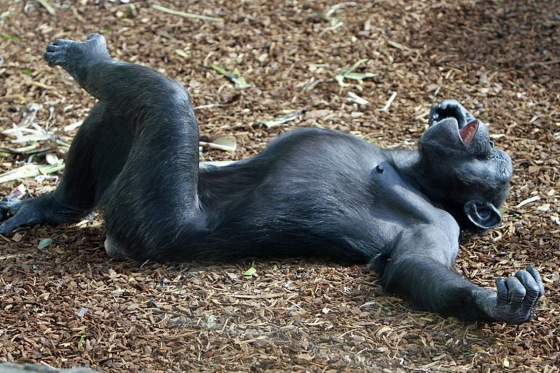 What a remarkable time we’re going through in this country at the moment:

There’s more but my brain is fried at the moment. Later.