This is interesting. I’ve just read about a new(ish) piece of software that works remarkably well at enhancing old photos. I mean sharpening, contrast enhancement, noise removal and even colourisation.

I’ve tried it and the results are remarkable. I am impressed.

That’s me on the right. The bub on the left turned 60 yesterday! Look at my thick, dark eyebrows!

The original, the Sydney Croft family and friends c1932

This is remarkable! It’s the power of AI. 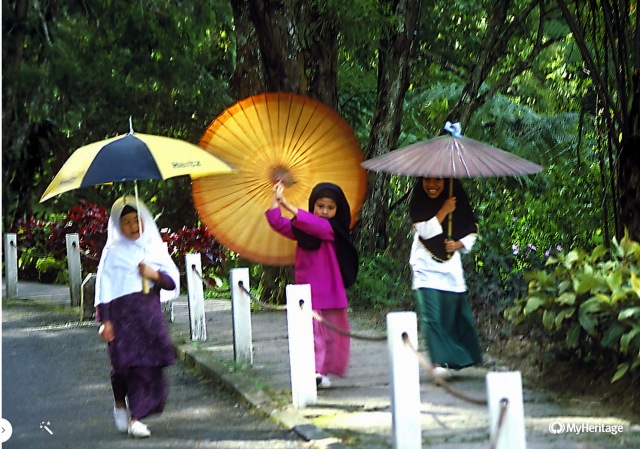 Enhanced. It’s not perfect but it’s better than the original.

It only works on faces, not landscapes, apparently.

That’s the good news. Yes, there’s bad news – this is software on a family tree web site called MyHeritage and although you can fix photos at no cost, as shown above, they are watermarked and you can’t download a full size of the fixed photos. I’ve used screen capture to get these. It costs a minimum of about A$10 per month to use the site, and a lot more if you want all the features. It’s quite expensive. They want to ensnare you to make family trees.

However, someone else on the web has pointed to software called Photoglory which they say (I haven’t tried it yet) does the same thing and more. It also costs, but it’s less expensive – US$19.25 for the base version up to US$39.20 for the top version. That’s a once off fee. I hate these subscription things, it’s easy to overcommit yourself with monthly fees if you’re not careful.

Anyway, I’ve downloaded Photoglory and I’ll try it and report back. I’m very, very impressed at the enhancements above, though.

Ouch, my “chillblains” on my fingers, which started out as just two small lumps on the side of my right ring finger have now spread to all my fingers on both hands, and even to the tips of two fingers just below the nail. Funny lookin’ chillblains. Raised red lumps.

The doc has prescribed a blood pressure medication to open up the veins to improve blood flow. I’ll give it a try. But I’m wondering if this could be psychosomatic. I have a very weighty thing on my mind which is worrying me greatly. I am taking steps to mitigate it, but it will take time.

The rubber strap of one of my favourite watches (Pulsar Japan) broke a couple of months ago and so where did I go but to Wish.com to buy a new one. Cost? $2.60 + postage of $2 or so. It arrived a few days ago: 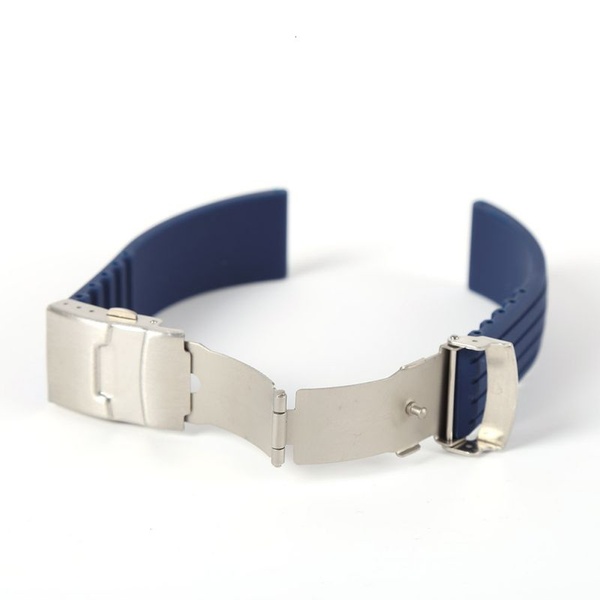 While fitting it, I had to cut it to reduce the size and sure enough, I made a slip. It wasn’t  serious, it still works but I thought I’d buy another one so as to get it nice and neat. Price now? Free, just pay postage. This is crazy. At the same time, one of the spring pins from the original is a bit bent, so I’ve ordered a set of 108 new ones of assorted sizes for $1.62 plus postage! It’s amazingly cheap.

A few days ago I started to write about Moore’s Law, the idea (and that’s all it is, an idea, it’s not a law of physics) that the number of semiconductor junctions that can be etched onto silicon wafers doubles every two years. It’s held roughly true since the late 1980s, but now that the number of junctions (i.e. transistors, but they’re not all transistors) has reached about 50 billion, we’re running up against the laws of physics where the width and spacing of the tracks in the silicon has become so small (14 nanometres) that electrons can “leak” between tracks where they shouldn’t. That is, the insulation between tracks breaks down.

I couldn’t remember where I read about this, but I saw an article talking about a new insulating material called boron nitride which shows promise at stopping this leakage, and so allows even closer spacing of the tracks, allowing Moore’s Law to continue its upward trend. Now I’ve found another article, in The Economist and written in their beautifully lucid style which explains all this. 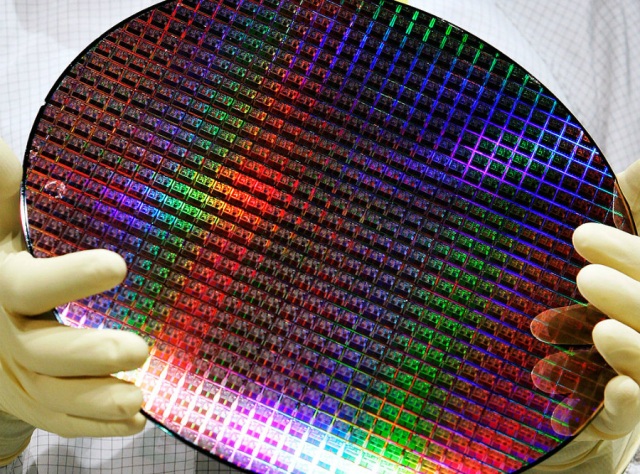 The ICs (integrated circuits, chips) start out as photo-etched images on the surface of large silicon dies like this. (They aren’t multicoloured, this is just light diffraction like oil on a puddle. They’re just a dull grey.)

There are hundreds of identical chips on the wafer and they are broken off to be tested, then have their wires attached (gold wires, electron beam welded) and packaged to form each new IC.

The thing is, as I said, the insulation has to be near perfect between each etched track on the microscopic chip. The spacing is currently limited to a minimum of 14nm, 14 billionths of a metre, about 1/100th of human hair. Smaller than the wavelength of light! So the insulating space between the tracks has to be bloody good.

A relatively new material called boron nitride is a bloody good insulator and they’re currently starting to use it in IC production to allow even closer spacing between the conducting tracks. The Economist article describes it far better than I can but suffice to say that if it allows a halving of the spacing, that would quadruple the number of chips on a wafer (2x vertical and 2x horizontal). That’s the next four years that Moore’s Law can hold true in one stroke. Bloody clever stuff! I love electronics. 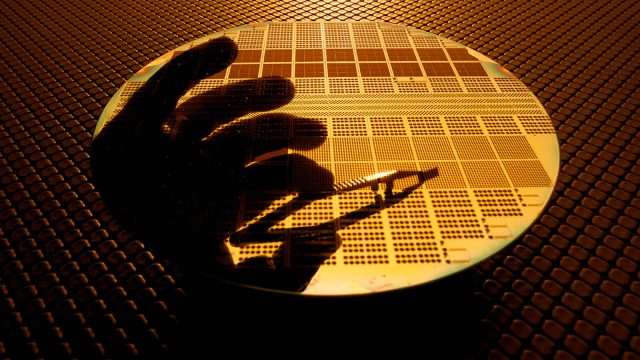 Tomorrow (Sunday) night there will be a chance for us in the southern hemisphere to see the comet that everyone in the northern hemisphere has been seeing for months, Neowise.

They say it should be visible just after sunset. 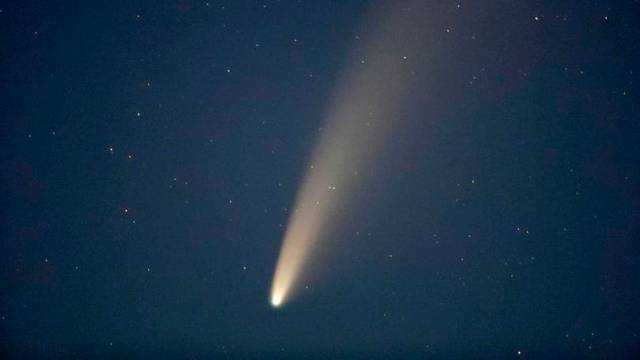 Unfortunately, the forecast is for rain tomorrow night. I think I’ll go down the beach on the chance that the clouds will clear. I have my new Nikon with its 2,000mm lens now and on a tripod, it would give me a shot at least as good as the above. Cross fingers.