I went down to the Dome Cafe and had dinner while sitting out on their verandah, overlooking the lakes. Here’s the “Super Moon”, the closest approach since 1948: 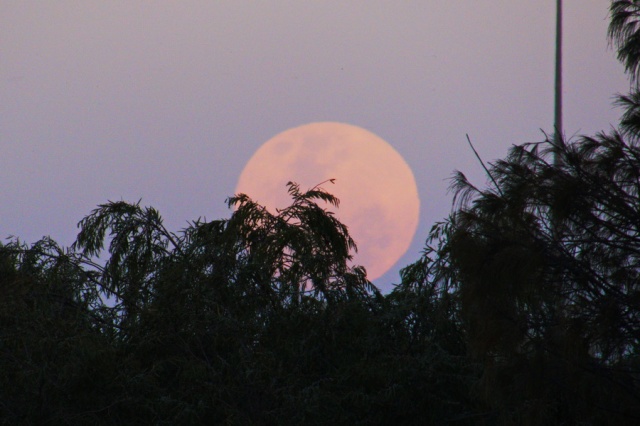 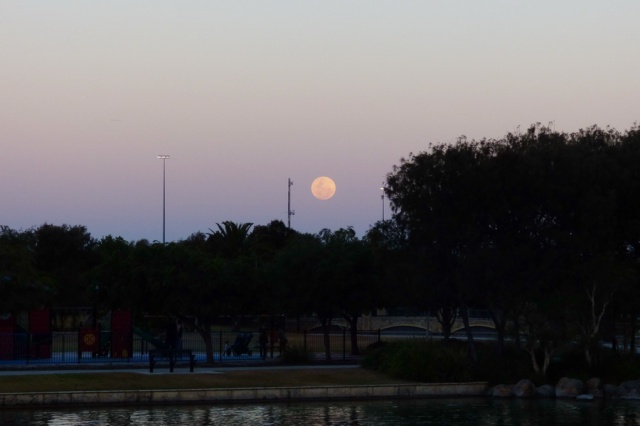 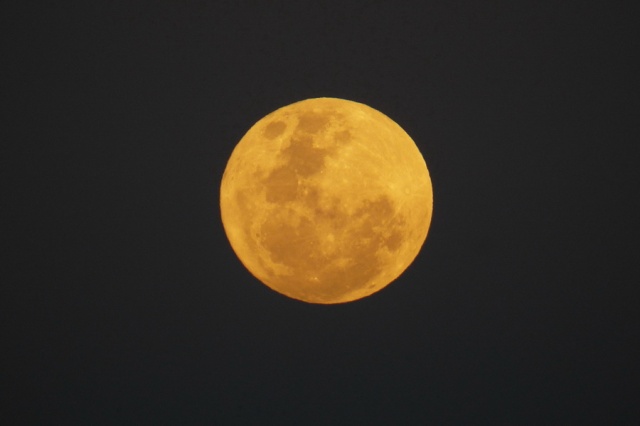 These were shot using the Panasonic FZ70 with its 20 – 1200mm lens. This is a small sensor camera to get such a huge zoom range and the quality is not up with larger sensors, but for this kind of thing, 1200mm is very useful. The 20mm ultra wide angle is also great for interiors. This range is why I bought it. In good light, the quality is very acceptable.

The next Super Moon to come this close to Earth will be in 2034. That would make me 88, roughly. Will I make it? Will I want to make it?

It was hot yesterday! And last night. I threw the doona off and ran the fan on me for the first time of the season. I hope to start my annual cold shower routine soon, maybe 1st December. Why? I love cold showers, that’s all, and it saves me hot water bills. Although, since my HWS is a gas storage, which is heating all the time whether I use the hot water or not, I wouldn’t be saving much. I wish I knew how to turn the heating off in the summer. I don’t need it.

Does the full moon affect crime rates? Most people think it does, including cops, “just because”. Everyone knows it, right?

Well, a retired Queensland detective went through 980,000 crime records recently (ABC Radio yesterday) and found NO correlation between the moon and crime rates. In fact, if you think about it, criminals would not want to commit crimes when the moon is full. They want darkness. So no, the moon does not make people commit crimes.

Great video clip from Q&A last night. Joe Siracusa, a US security expert, said Donald Trump is “an appalling human being”, and he’s “as dumb as Ronald Reagan and as mean as Richard Nixon.” He’s so dumb he wouldn’t get employment in K-Mart. He gives him a year before he’s either impeached, or forced to resign. Hear hear. Can’t come soon enough.

But that would mean the Vice President, Mike Pence would take over. He’s a hard line, ultra right, anti-abortion Fundamentalist Christian. He’s probably smarter than Trump (crumbs, anyone is), but would we want him? Ugh!