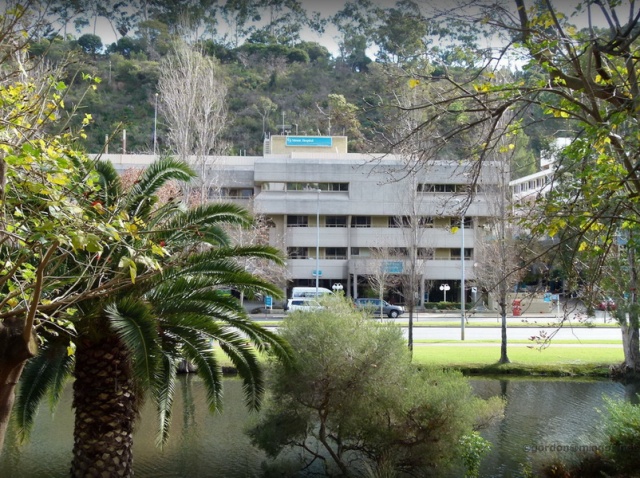 Home again, after two days and nights in the hospital. The accursed gastric band is gone. It was supposed to be a one night stay, but I developed a bit of a temperature and my blood sugar was dropping too low. I was happy to stay – the food was better than I get at home!

Considering they put me on a continuous I/V drip of dextrose and insulin, no wonder my b/s went low. One reading was 3.9 (normal range for a non-diabetic is 4-6). That’s the lowest reading I’ve ever had in 22 years. No hypo symptoms, though, strangely. Why they had to do that, rather than just letting me use my insulin pen is a mystery. One of the nurses commented that maybe they shouldn’t have done it. Yeah.

So the dreaded band is out. Seven years, $3,000 wasted. If I’d been more dedicated and learnt how to use it, I might have succeeded but 18 months of regurgitation and oesophageal reflux and burning was too much to take. It’s been loosened off for the past four years.

I wasn’t even conscious of it for the past few years, but the port in the centre of my stomach (like a big plastic button under the skin) was getting painful. It was right at table edge height, so I’m very glad that’s gone.

It was keyhole surgery, of course, so I’ve got four plastic sealing bandages over the cuts. These dissolve off in a few days.

This was preparatory to having the gastric sleeve operation, the Roux-en-Y procedure (viz. Wikipedia). To be honest, this terrifies me. But I can’t go on the way I am, morbidly obese, liable to die prematurely, diabetic, lacking energy and muscle strength, lacking testosterone, unable to wear nice clothes. I’m fed up with it.

It’s up to me to say the word for the next op, but I have to wait two months and I think I’ll wait until after my 70th birthday on 12 February. I’d like to give a small party and I’d like to eat and drink, however little, without worrying about an adverse event.

One thing I found very noticeable at the hospital – it was hard to find an Aussie voice. They all seemed to be foreign nurses and doctors. My surgeon has a Hungarian accent, I think. The anaesthetist was Indian, and most of the theatre staff seemed the same. There was one Irish nurse (mmm, lovely) but a lot of Africans and Indians.

The anaesthetic was awful. For a start, on the way to the theatre and in the ante room, I developed leg cramps in my left calf, mainly, but some in the right as well. I was sliding across onto the table but groaning and wailing with the pain at the same time. I asked the gas man if he had a muscle relaxant. He said yes, but that’s the last thing I remember.

But when I awoke back in the ward, I was scrunched up in the bed, legs pushed up against my stomach, head raised too high. I felt awful, sick, short of breath, imprisoned. I had to ask to sit on the edge of the bed and that helped, but it took half an hour, at least to feel normal again. Ugh. Not nice. I’ll have to question that for next time.

So here I am writing this at 3.30am! I slept well in the hospital – no insomnia problems. Apart from being woken every hour of two for blood pressure and blood sugar readings. But I always dropped off again very easily. This insomnia at home must be psychological, then? I dunno.

I was dog tired when I got home today and figured I’d sleep well. But again, it eludes me. I tried from 10pm to midnight, listened to the radio news, then tried from midnight to 2am with no luck. Although, I must have dropped off because I was driving a beaut Mercedes CLK or CL down a sloping dirt road and young girls were chasing after me. So I was dreaming, so I must have been asleep, but it didn’t feel like it. So up for a bit of CD ripping (I’m addicted!) and I think it’s time for another go. Nighty night.