Yes, my dear Maggie has departed to new owners. I’m afraid I had to drop the price a lot. The guy who came to see it last Tuesday (his name was Sly!) turned out to have very good mechanical knowledge. He very soon took the cover off the timing belt, had a good look at it in the strong sunlight and pronounced it needing replacement. I kinda thought it did. He reckoned it’s a $240 or more parts job and about six hours work. Then he took the radiator cap off, found rust in the water and said the water pump and probably radiator would need doing as well. In the end, he offered $800 from my asking price of $1250.

I refused at first, but when I thought about it overnight, I realised that I would not be able to sell the car to someone else in good conscience knowing it needed those faults fixed, nor did I want to spend probably $1,000 getting them fixed.

So I called him back and said I’d take his offer. Luckily he still wanted it, so the deal was done yesterday. It turned out it was his girlfriend Wanda who was buying it. They are a French couple, touring the world, but liking Perth so much they may stay. Very nice people.

So that’s that. It’s a big load off my mind. I don’t have to pay the next quarter’s licence fee and I’m no longer taking up space in the laneway. And I have Vera to console me.

I forgot to mention. Sly had a neat trick. He brought a condom with him. No, not what you think. He took the radiator cap off while the car was cold, and stretched the condom over the radiator filler hole. Then he got his friend to start the car.

The aim was to see if there were any air bubbles coming out of the radiator water, which would have inflated the condom if there were. That would have indicated head gasket leaks. The condom did not inflate, so all was well. Something to remember if you ever need to check a car.

Still on the subject of cars and such, do you ever get the feeling you’re being ripped off? No? Never? Lucky you.

When I booked the Verada in for a new exhaust a few weeks ago, I took it to the same place I’d had the brakes done before that. How much again for the exhaust? “$695, mate.” But I remembered his quote when I had the brakes done, $595, and I said so. “OK, mate, $595 will be fine.” So he was looking to make an extra century at my expense. “Give the little man a go”, they advertise. Yeah, right.

Next, look at this: 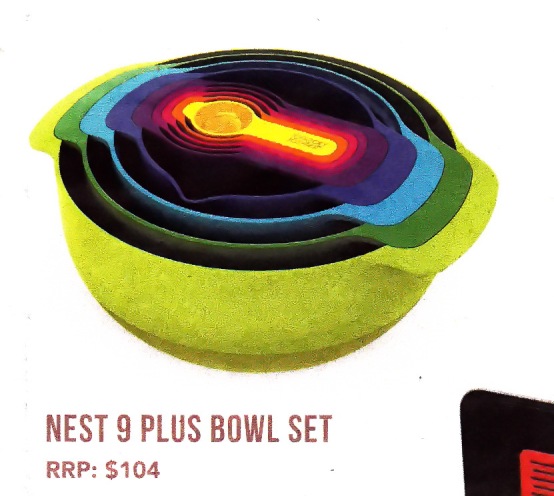 Yes, $104 for a set of plastic bowls and measuring spoons! Funny, I thought, they look familiar: 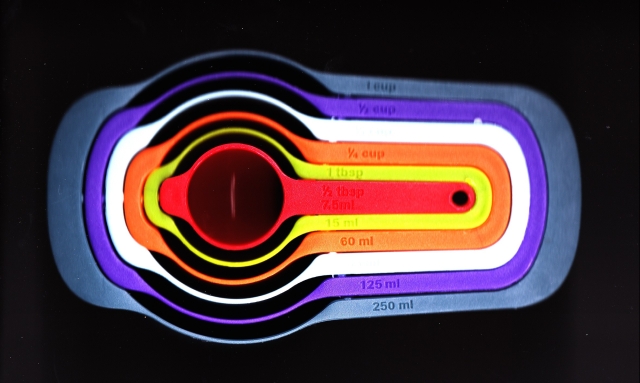 I bought these at Target a few weeks ago. Price?  $2. Yes. two dollars! Get the feeling that buyers of the bowl set are being ripped off?

Now that Maggie’s gone (Wanda, the French woman, loved the name, by the way) I can concentrate on Vera and Honda-san.

On the Honda with its poor radio reception, I’ve found courtesy of YouTube that you can get at the roof mounted antenna base by opening the tailgate and pulling the rubber sealer away so as to pull the roof lining down enough to see it. And from the manual, there is a connector in there, feeding the line down to the radio via the channels. I wonder if that connector is corroded or has even come adrift. It looks as if it will be relatively easy to find out.

On Vera, I’m danged if I know why I’ve lost power to the cigarette lighter socket in the centre console. It was working, then just stopped. Yes, Myrtle, I have checked the fuse and in fact there are two involved and both are fine. I’ve had them out to check in case it’s a bad contact. Could the wire have burnt out to save the fuse? I’m investigating, which involves removing the centre console trim etc.

While I’m in the area, I want to add another “cigarette lighter” socket to the right of the steering wheel somewhere, because that’s the side I have the GPS and I don’t like its USB cable draped across the top of the dash.

And while I’m at it, I want to add a USB socket in the centre console of both cars, to feed a USB thumb drive to the radio/CD/DVD. That means making a very neat rectangular hole. Lucky I bought an Aldi multi-tool for this kind of thing recently.

You’d think I’d have enough cars but I still feel the urge to buy another one! 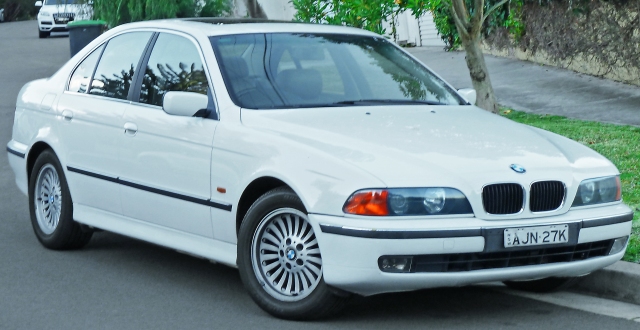 A BMW 5-series E39 M has come up on Marketplace. The E39 is a late 1990s car and is regarded as one of their best classic models. Add the M specification (hand built and all that stuff) and it becomes a legend, very desirable. $5,000.  No, I don’t need another car…