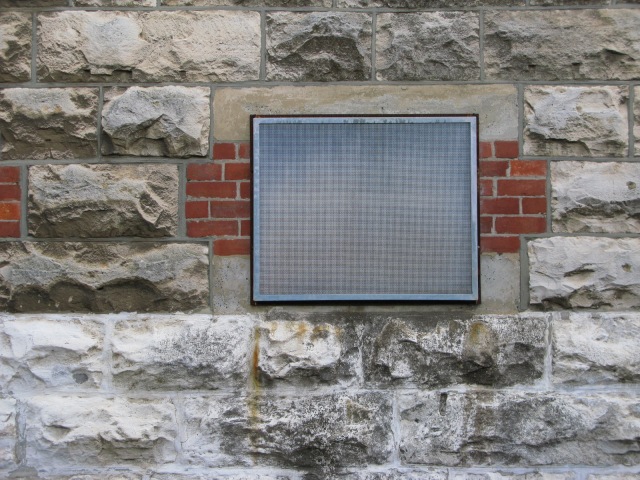 Started out grey and raining, turned out blue sky and sunny. I had sheets out on the line overnight for a fresh rainwater rinse 😉 but they were nice and dry by 2pm. One had fallen on the ground. Ugh. But these are paving slabs so it wasn’t dirty.

I forgot to mention – I fell out of bed again last night. Or I should say, I threw myself out of bed. At 1.20am.

I was having a dream where some guy was a devil in human form. He was menacing and about to attack a woman I know – no, not you dear. He was unclothed from the waist up and had his back to me and was standing over this woman, ready to do something bad. I came up from behind him and tried to wrestle him away and that’s how I came to wrestle myself onto the floor. OUCH! My knee was grazed on the carpet. I didn’t know what had happened for several seconds, still half in the dream. It’s lucky I don’t hit my head or face on the corner of my bedside cabinet.

Then I had to get up off the floor. Lucky I’ve got my Grandpa Rail, a seniors’ hand rail screwed to the wall. I struggle to lift my weight now, but I managed after a while.

I’m just reading the news about the release of the “Palace Letters”, the letters between Sir John Kerr and the Queen leading up to The Dismissal in 1975. Many people alive now wouldn’t remember that damnable incident, but I do. I was 28 at the time and living in the flat in North Beach Drive, Tuart Hill. I can clearly remember listening to ABC radio one afternoon for a live radio commentary about what had happened and what was going on.

For anyone who doesn’t remember, the Labor government led by Gough Whitlam had been going through a series of scandals and political struggles with the Liberal-Country Party opposition led by Malcolm Fraser. There’s no doubt there was a degree of incompetence in some of Gough’s ministers, including Rex Connor, the resources minister, involving a loan of up to $4bn, a huge sum at the time (it’s a party order of Red Rooster now), from a middle eastern source.

The Liberals always thought they were the natural party to rule (still do) and Malcolm Fraser hatched a plot, there’s no better word for it, for a coup to take over government. He persuaded the Governor General, Kerr, to dismiss the Labor government using the so called “reserve powers” of the British Queen, our Head of State. And he did it, on 11 November 1975. I remember it well. November 11 is Remembrance Day, of course, where we remember our war dead each year. What an appropriate day.

It was a damned outrage and remains so to this day, a bloody stain on the Liberal Party that they can never be allowed to forget. All three protagonists have died now, Gough, Kerr and Fraser, and you can’t libel the dead, so despite Fraser’s late in life conversion to more progressive “liberal” views, he remains a traitor as far as I’m concerned, to be damned in history as the leader of a coup! Kerr was just a fool, unfit for this office. He also died in disgrace. He never lived it down, to be reviled by true blue Australians who think we should control our own affairs as a republic.

Anyway, the point of all this is that Kerr wrote a couple of hundred letters to “the Palace” and the Queen while he was hatching this plot. He must have written them almost every day which just shows his insecurity, in my opinion.

These letters are in the Australian National Archives in Canberra but have been embargoed for 30 years. We have not been able to see them.

The embargo period ended in 2012, I think, but the director of the archives still refused to release them to a researcher, Professor Jenny Hocking of the Australian National University. It’s a long story, told here. She had to take the case to the High Court to get a ruling that they are not private correspondence and must be released.

But even now, National Archives of Australia director-general David Fricker delayed releasing them for 45 days, until today. Why he is so determined to hide them, only he knows.

Finally, today, they have been released and they show that Kerr spoke mostly to Sir Martin Charteris (he died in 1999), the queen’s private secretary, and they show that this guy was giving advice to Kerr about whether he had the authority under Australia’s constitution.

So this unelected official in London, who was not an Australian citizen and would not be eligible to sit in the Australian parliament, was leading Kerr in his views. Views which resulted in the success of Fraser’s coup. Gross interference from London in Australia’s affairs, leading to the dismissal of a legitimately elected Australian government.

It was an outrage then and it remains so. The Liberals are forever stained with this monstrous coup. We should never let them forget it. Shit, it makes me angry.

Some more pics from the Canon G9 I used to own: 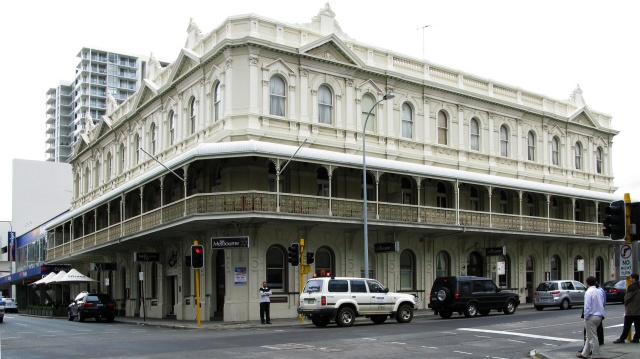 April 2008. This is dominated by a huge apartment building behind it now. 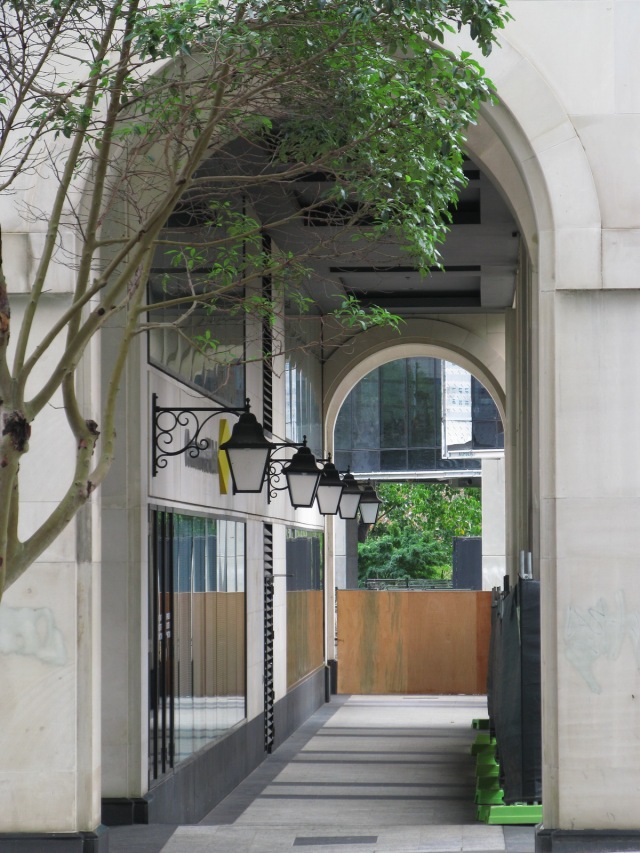 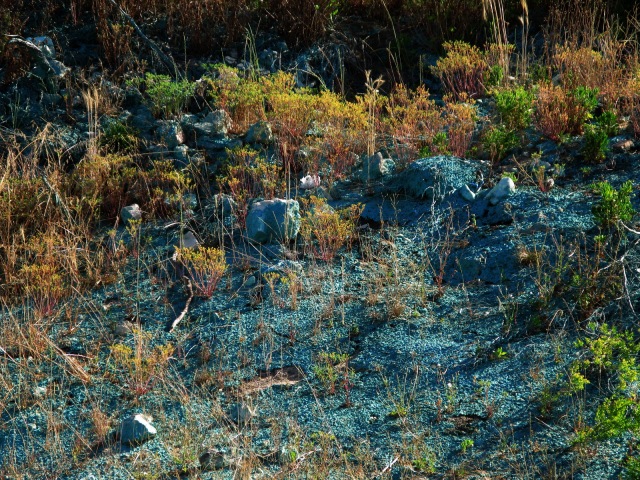 There’s a story behind these pictures shot on Charles Riley Reserve, North Beach on 1 May 2008.

This was my dog exercise area for more than 20 years and I used to carry a camera pretty often. On this day, I’d just received a new lens for my Pentax K-5, a Sigma 10-20mm (still got them both, lovely combo). I was walking around the ovals on a glorious late autumn afternoon carrying this camera and lens, taking shots of all the colour, as shown in the bin shot and the sporting equipment. There were school kids everywhere, using the sports stuff – that’s why it was there. I took a lot of shots, including some of the kids in their colourful gear.

I went back to my car and was loading the dogs and my gear in the back when two guys came and stood in fairly threatening poses, one each side of me. “G’day mate. The women [mothers of the kids] have noticed you’ve been taking photos of the kids. What’s it all about?”

I was pretty shocked at this attitude, as you can imagine. I just said I was trying out this new lens and taking in the colourful afternoon. Then I showed the guys the pictures on the camera’s LCD, pointing out that with such a wide angle lens, the figures in any shot are very small. I also said I walk here very days and had been doing so for 20 years or more.

The situation relaxed and I was able to disengage, but bloody hell, I was shaking. They had been accusing me of being a pervert, taking photos of young kids. I was very, very upset. It’s not something you ever forget.

In subsequent days I researched the legal position, and legally I was perfectly within my rights. Anyone is entitled to take photos in a public place and if people are in the photos, the photographer does not have to have permission, unless the images are to be used for commercial purposes. If you are in a public place, you cannot object to someone taking your photo or recording video of you.

I printed out a card stating these legalities (there are more) and carried it in my wallet for a few years. I haven’t had any trouble since, but I’m always conscious of my rights when I’m out photographing. No-one should accuse me of anything and should expect retaliation if they accuse me or give me trouble. I know my rights.

One of my buys from the Wish web site was a set of diamond grit coated circular hole saws. For about $10 I got a huge range from about 6mm to 50mm diameter drills. Diamond grit, eh?

I’ve just had to drill a hole about 16mm in diameter in the plastic cubby bin for my car, to take the extra cigarette lighter socket. Plastic. Should be easy with these diamond saws, yes?

Hah. Bulldust. Getting it started was difficult enough as there’s no centre drill bit, but eventually I got it going. But I drilled and drilled until my arms couldn’t take it any more. I reckon I got about half way through this plastic, about 1,5mm thick, but the saw just seemed useless. I wasn’t getting any where except to make a shallow circle. I had to use a mini grinder with a finely tapered bit to drill a series of small holes around the perimeter and then grind the joins out. Success at last, but I’m not too impressed with this diamond saw. They’re meant for concrete. I wouldn’t like to try it. But they were so cheap, even if I get one use from them, it’ll be worth it.

Still no word from DHL as to when they will be collecting the Lenovo laptop. This is taking a long time. Too long.