Sitting at my table under the cool air of the air conditioner this morning, I felt something brush my side as it fell down beside me. I looked down and a tail was wriggling on the floor. I looked up and this little bloke was still in the grille of the aircon, struggling. This shot was a minute or two later. Poor little blighter. He was trying to get out and had dropped his tail. 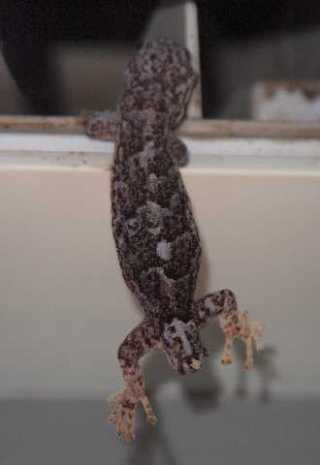 Sorry if you’re squeamish. He was still moving, hanging on for grim death. I took pity on him. 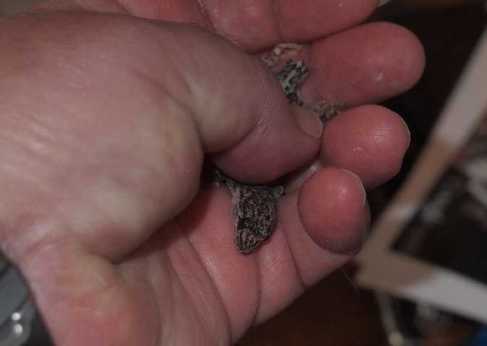 The trouble was, he was cold and being cold blooded, he had little energy to move. He gave a little wriggle once or twice but didn’t try to escape. I took him outside and put him in the garden under a plant to warm up. I’ll check to see what’s happened soon, but he’ll either have died of shock or skedaddled.

I watched The King’s Speech last night. Not a bad movie – interesting to see all the royal digs, and it certainly gave a human side to King George VI as he had to take the throne at the start of WWII.

I’m not sure how accurate it was, but to see all the praise and congratulations heaped on him at the end of his radio speech, I almost choked. Holey moley, it’s not as if he was in any danger! He hadn’t done anything heroic. He wasn’t laying down his life. There he was in a gold braided uniform covered in medals – what had he done to deserve them?! The ordinary men and women were doing far more for the war effort than he was. Bloody royals – she’s not my queen. I don’t pledge allegiance to a Pommy lot of wasters.

In fact, this is appropriate:

Oh rahlly? “Aristocrats”. Some “Tories”… look down on members of the middle classes who hyphenate.

This is not early 20th Century talk, this was last week! Britain is still class ridden. Pray tell, how does one become an aristocrat? TAFE classes, perhaps?