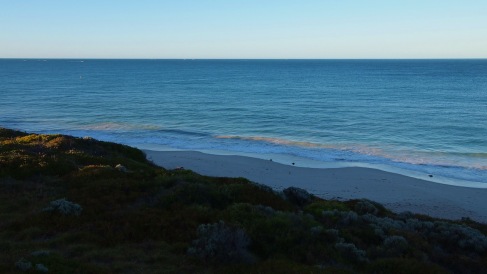 Did it, number 1  –  I mentioned I had a visit from an exercise physio last Monday (HBF Health Connect).  She tested my fitness (better than I realised, she said) and set me the task of improving my climbing of the beach stairs until I don’t need to stop for breath every few landings.

I tried it this morning at about 6.30am and did it! First time.  I was slow, and used my right arm to pull myself up on the rail, but I didn’t pause for breath.  I was breathing pretty hard at the top, but recovered in a couple of minutes.  So yes, I’m fitter than I think.

However, my blood sugar has gone out of whack and I’m really feeling the effects.  The transport of sugar to the muscles is restricted because the insulin can’t open the channels and I feel really fatigued all the time.  Just standing up feels tiring, let alone walking.  Which leads me to …

Did it, number 2  –   I’ve made the move and asked for an appointment with the gastric surgeon to have the gastric sleeve or bypass done.  I can’t go on like this.  My muscles are weary all the time, my feet are aching like hell, my vision is a bit worse, I’m feeling thirstier, I’m just tired all the time.  I’m scared of the operation, but this is bad and getting worse.

The rise in my blood pressure and blood sugar has been caused by stress and anger. I was OK until September, but what was done to me by a family member that month was so bad as to be unforgivable.  Trying to help me?  Pah!!  GO AWAY!  You have done me actual physical harm with your damned unauthorised behind-my-back interference. Trying to help me? No you’re not, you’re trying to feed your need to feel “good”, to be needed.  Well, you’re doing more harm than good, that’s for sure.

In 2012 I bought a small Fuji mono laser printer to try to reduce my inkjet ink costs.  It only cost about $34.95 and I knew a new toner cartridge was about $65, so it was always going to be a disposable printer.

The toner ran out yesterday, so I took the printer out to the garage ready to be dumped.  But just in case, I’ve just done a web search for the toner and sure enough, a Hong Kong (I think) shop is offering cartridges for AU$14.54.  So I’ve ordered two.  That should keep me going a while.  Up to three years I’d guess.

That shop is a treasure trove of small gadgets (www.dx.com) and I ordered a couple of lens adapters and a watch case opener set.  Postage included in the price.  Good stuff.

My fourth Photobook has been sent off for printing and I’m working on volume 2 of my all-time favourites.  They offered a 15″ x 11″ hard cover, 40 pages special for $48 in December so I bought two coupons.  I’ve stuck to the 40 pages, so that covers this printing.  It’s a bit better than the Java book, same size but I kept adding pages up to 110p. The cost was $303 each, $606 for two.  Ouch.  But it’s worth it to me – the result is magnificent.

Our NSHS reunion planning is proceeding strongly.  I’m in a committee of six and we’re having regular breakfast meetings on Saturday mornings.  We’ve got more than 150 names on our list, and after much discussion and checking with the others, I sent out a mass email to as many as we had email addresses for this week, 134 people.  I’m doing a letter to send to the 17 who don’t have email (how can you not? It’s become as ubiquitous as EFTPOS and handphones and credit cards).

We’ve settled on Saturday 11 October (fitting in with football grand finals etc) at the Tradewinds Hotel in E. Freo.  They are offering a two night room package for $137 per night. I think I’ll book a room on that deal and spend Sunday recovering and going into Freo, checking out on Monday morning.  The rooms are very nice and have two double beds and some a single too. I’ve got someone to share with me I think, so it will come down to half that price.

But will I be there?  If I can lose all this excess avoirdupois by September after the drastic gastric, I want to go overseas quick smart while I still have the chance.  September and October were perfect for Europe last time and I want to go then. August is still European holiday peak season – no thanks.  We’ll see.  Lots of bridges to cross first.  Including the old Fremantle traffic bridge and the Stirling Bridge.

I know I shouldn’t do this, but it was a bargain!  I noticed an Olympus Pen E-PL3 camera with 14-42mm lens included being advertised (at Dick Smith, of all places) for $268.  I wanted the lens for my other OM-D E-M1 and when I checked prices, the best I could find for the lens was $311.  So Dicky was selling the lens with free camera attached for $43 less than the lens alone.  How do they do it?  I don’t care.

So I skedaddled down to Joondalup and now I have it. 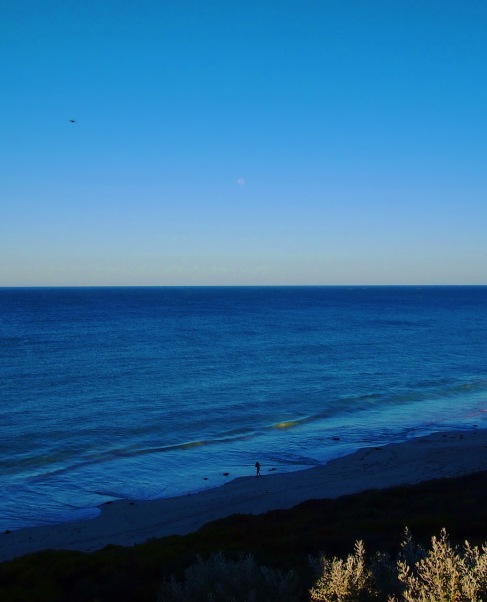 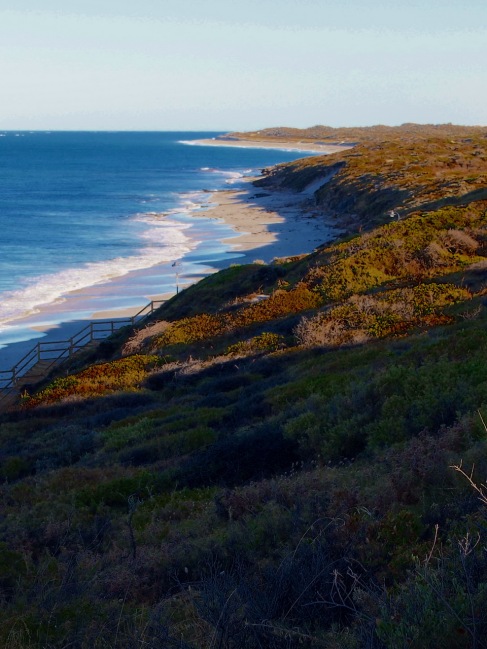