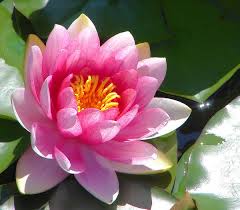 “… a new report, released yesterday by the Foundation for Australian Youth, which said that over the last 15 years the income growth of the top 1 per cent has been a whopping 42 per cent higher than that of the bottom 90 per cent of workers.” [- See more at: https://newmatilda.com/2015/08/25/income-top-1-cent-grew-almost-half-see-if-you-can-guess-how-bottom-90-did#sthash.LqLDDgRM.dpuf]

The upper crust, the CEOs and finance guys and managers get pay rises of 42%. The workers get bugger all.
Union membership has consistently fallen for 20 years. See the connection? Managers and CEOs hate unions. See the connection?
If you won’t support the union, you’re a coward and a parasite. You get what you deserve. Unfortunately, your workmates who do support the union don’t deserve to get your shit.
Later, in one of the comments:  “Only some people deserve the benefits of human knowledge. The rest are lucky to be alive.”  I agree. 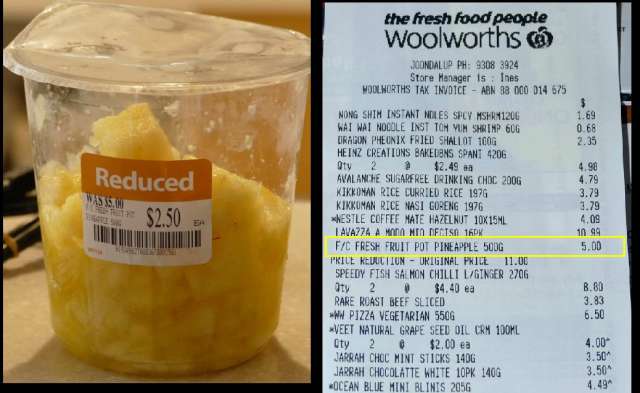 On Saturday Quinns IGA got me too. A pack of asparagus clearly marked down to $2.99, but I was charged $3.99. How to boost profits – add a dollar to every bill. Multiplied by all the customers each day, that’d be several hundred dollars. Nice work IGA Quinns. Cheats.

Another one! Here’s the box: 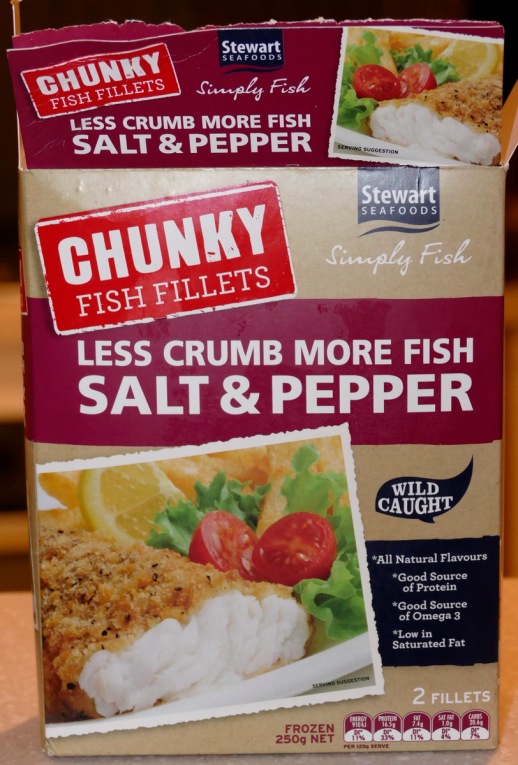 And here’s what’s inside: 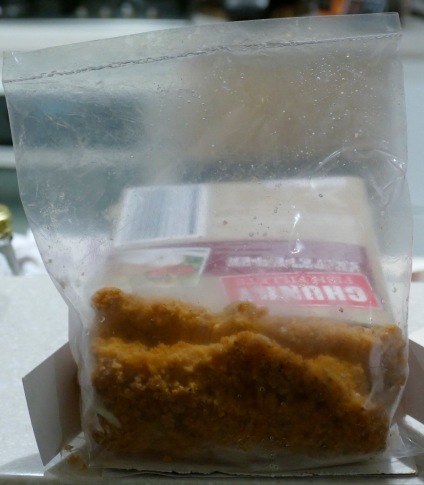 Yes, the box is twice as big as the contents. Surprise, surprise. Gotcha. Well, they won’t get me again. I won’t buy this product again. Grrrr. The fish wasn’t very nice either.

I wrote Sunday’s post below (23rd) before reading The Saturday Paper. The editorial is one of the hardest hitting I’ve read in a long time. It shows up the terrible repression, torture, rapes, child abuse and violence in the Nauru detention camp, our Australian concentration camp. https://www.thesaturdaypaper.com.au/2015/08/22/close-nauru/14401656002275

The government’s policy is to make detention in these Australian gulags worse than the conditions that made the asylum seekers leave their own countries, so that word will get back not to make the attempt to escape the persecution at home. What a terrible way to do it.

There’s no doubt that the Australian company contracted to guard the camp is rotten, violent, corrupt. The guards regularly rape the women and abuse the children. All this is done while our Liberal government turns a blind eye and threatens doctors and care workers with jail if they speak out about it.

This Liberal government constantly says what awful criminals the people smugglers are, but the Australian guards are worse! And they are being paid by this awful government, let loose on the asylum seekers in our name! This is nearly as bad a the Nazi prisons. There are no gas chambers, but prisoners have been set on fire by the rapists!

We must speak out against these atrocities being committed by this awful government. I urge you to write to Peter Dutton, the minister, and to Abbott, that sanctimonious, misogynist prime minister, that awful man. Not in my name!

I’m writing this at 4am. Can’t sleep again. Went to sleep quite easily at about 11.45pm but woke at 1.30am and that was it. I lie there in a twilight zone, nearly asleep but still aware. I lasted until 3.30am but have given up. I’ll have to catch up in the morning. I’ve been using Valerian, the herbal sedative and it works pretty well, but it hangs over. It takes many hours to wear off. I’ve been trying to do without it but … Very, very tired yesterday. Can’t get much done.

The other problem is itching. It’s not a rash, it’s just constant small itches all over, like hair follicles. Scratch one small area and another starts, constantly. I believe it’s part of being elderly. Bugger. It’s OK now that I’m sitting up.

I’m watching The Island with Bear Grylls on SBS, where two groups of 14 men and women have been dropped on separate small uninhabited Pacific islands and left to fend for themselves. It was episode four last night and it’s very good. The women have settled down and aren’t bickering so much any more. They caught a pig and ate well, enough to rescue them from starvation, but it’s only a couple of days’ worth of food. They still haven’t learnt to fish.

The guys have had a big bust up, but one of the guys is doing well catching fish, so they eat pretty regularly. They’ve got through the bust up now, and are far better at organising themselves and keeping their fire going. They can do teamwork much better. The women are getting better, but they’re not doing as well as the guys. Good program.

But the pestilence of the commercial breaks! SBS is atrocious. There’s a 10 sec sting leading in to the break, then a 30 sec promo, then three or four commercials, then another promo, then another promo before getting back to the program! They endlessly repeat the same promos. It’s so bad that I’m recording all the programs I want to watch, then replaying and fast forwarding through all the breaks to get away from this endless, repetitive crap. So they drive me a way from the commercials, defeating their aim. Too bad, but I can’t watch the awful promos with fast flashing clips where no shot is allowed to remain on screen for more than a second, usually less. I can’t watch them! Eye tearing rubbish. Ugh.

No action on the car yet. I was just too tired yesterday. I’ve virtually decided to go with the Mercedes CLK550, although the much cheaper CLK350 is tempting. I’ll have to have a test drive. Maybe later this week.

I’ve said I want to hit the road, take the new Merc on a drive east across the Nullarbor, but with all this tiredness I’m not sure I could do it. Or whether it would be prudent. Often I’m not 100% alert when I’m driving, I must admit.

I bought a new Microsoft keyboard yesterday, a smaller, flatter one, trying to save space. Boy, it’s hard to get used to after the old full size one, the original sized keyboard from the 1990s. It only cost $18, so if I can’t get used to it, no big loss. My fingers are having trouble finding the keys, but it’s getting better. Push on.