Pheeee-ew. I’m in Bali at last. I don’t know that I can handle all the stress of travelling any more. I’ll come back to that.

I’m sitting in my hotel room in Sanur at 4.30pm having had 2½ hours sleep. The problem was, with the plane leaving at 8am I had to be at the airport at 6am. That meant leaving home at around 4.30am. I got three hours sleep from 9.30pm to 12.30am but that was all I could manage, hence I was drooping on the plane. Add on a loooong walk to the immigration desk here in Bali, a long wait for my case to arrive, a nosy bag check man who wanted my suitcase opened even though I went through the green channel, a long walk to a taxi and I was knackered by the time I got to the hotel. Then I had to organise the fridge to make sure it could keep my insulin cold (and the bottle of gin, of course. PS: yes, it’s great), set up my CPAP with power adapter and cord, and I was ready to crash. Too old for this.

To be honest, packing and arranging the details of this trip have been quite stressful. I did what I said I would yesterday, caught bus and train into the city, then walked from the Murray St station to Thrifty Rentacar at 198 Adelaide Terrace. That’s 1.7Km. I had to stop and rest a few times, but I did it, walked all the way. I need to build up my strength as much as possible.

OK, so I got there, expecting to get the Corolla I’d ordered, but what they gave me was a Ford Eco Sport. 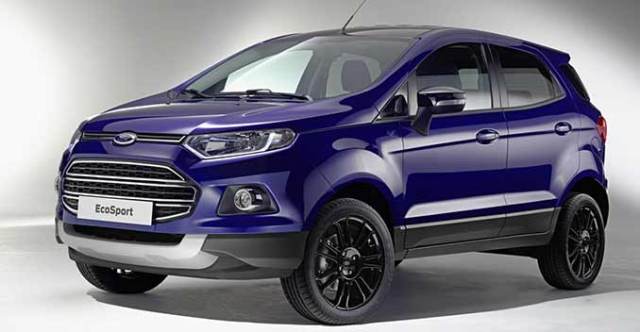 “But I thought I was getting a Corolla.” “Oh, we’ve given you an upgrade, sir.” Well, I took it, but what a crap car. Ugly as sin. Brakes grab. Twitchy steering. Tiny figures that I can’t read, in a very small LCD multi-function display. Bugger. I was looking forward to a current model Corolla. I’m going to send them a complaint – don’t substitute without asking me or telling me!

Oh well, I drove home via friends’ place in Scarborough for a social visit, then drove it into my garage, finding both vehicles fitted nicely. This was a good test because I’d wondered whether, and how, a second car would fit. Now I know.

The rest of Saturday was occupied by packing. Kerrumbs, it’s not simple for me. All my medications in their tablet containers, five weeks’ worth to be safe. Just doing that alone (popping the pills out of their blister packs into the compartments) took more than an hour on Friday. Then I realised I’d missed getting supplies of one of them, a diuretic. It’s not vital so I’m not panicked and I’ll probably be able to get it here. It’s a common one.

Then a small collection of bandages and antiseptic stuff just in case I have any leg ulcers. Not likely: I seem to have overcome that, thank goodness. Semi-daily application of Dermeze. Great stuff. My skin on my legs seems to be much more supple and not prone to breaks any more. This time last year, on the big cruise, I’d just had a week’s course of daily intravenous antibiotic and my leg was bandaged when I left on the trip. But no trouble this year. (PS: I tripped and fell on my front steps on Saturday and grazed my first two toes on my right foot. Of all the times for it to happen. Antiseptic soap, Betadine, and my one remaining Band Aid on the worst one. They’re very small wounds, but a diabetic in the tropics can’t afford to take risks.)

Then organising a freezer pack, a foldable, flexible thing that fits into a waterproof bag labelled Sanofi Diabetes, to keep five weeks’ worth of insulin pens cold. It’s just to get them through the flight and into the hotel fridge, but it all adds weight, takes up space and takes time.

Then this laptop and its power stuff, mouse, thumb drives, extra 2TB hard drive, etc etc etc. All adding weight and having to be organised. Camera gear in a separate bag. I’m taking the bare minimum, two cameras with attached lenses and one extra lens, but add the tripod, filters, memory cards, adapters, charger and the weight piles on. I haven’t even mentioned clothes.

I beat the alarm and got up at 3am, unable to sleep. Out of there at 4.45am for the one hour drive to the airport. It’s a long way!

I got to the rental car drop off car park at 5.45am expecting to see a Thrifty office open, but no, it was closed. What do I do? I saw a metal box. “Place keys in envelope provided” and slide box closed. What envelope? I didn’t have one in the documents and I couldn’t see any way to get one, so I just dropped the keys in the slot and closed the drawer. They can sort it out.

One odd thing is that you have to take a ticket to enter that parking area, but what do I do with it? It’s still in my pocket. How are they going to collect any fee?

Then it was a walk of at least ten minutes, towing my luggage, no trolleys that I could see, to get to the International Departures area. It was not too crowded at 6am, luckily. I was checked in and away by 6.05am. My bag came in at 19.3Kg, and my carry on bag was 7.3Kg. Plus my shoulder bag with my insulin. I kept that out of sight.

The downstairs area of the terminal is still a shambles, a year on since I was there last year. When will they ever finish? Even if they do, it’s still a rotten design of airport. Bali is bigger and better.

The departure lounge used to have food available and I was quite hungry, but it’s all gone now. You have to have eaten before you reach the immigration (sorry, Border Force) counters. At least that was fast moving. I got quite a friendly greeting and send off from the guy. I’ve done quite a few trips, to put it mildly, over the years and their computer must know me by now. It’s all new and swish, with new gates, and no longer that annoying walk down steps to reach the aircraft, but it’s barren.

So then a long wait for the gate to open and I was drooping. It was hard to stay awake. I heard them telling one guy his cabin baggage was far too large and with too many pieces and he couldn’t take it on board. He’d have to pay an extra $150 for them to take it as extra baggage. Good on ’em. It’s amazing what people want to carry on board.

So, finally, we were away, right on time at 8am, in a twin aisle A330. But those aisles are very narrow. I had a seat against a bulkhead so I could recline the seat without worrying anyone behind me. Not so the kid in front of me. As soon as he could, he reclined his seat back in my face, almost. I hate that.

But the row spacing was such that I could get my tray table down with space to spare. Luxury. I watched the movie Kingsman. Not bad, a good laugh.

It’s 6.15pm now and I’m famished. More to come day by day in the travel sagas of PJ Croft. Cheers.

9.30pm: I forgot to mention cramps. Aaaaarrrrrgh. This is not new, but very much worse on this flight. My left arm seems particularly badly affected, but my calves and ham strings are bad too. My fingers were twisted up at really odd angles, such that I had to massage my arm. Magnesium, I think, is what I need, and I have a large bottle of tablets at home, but of course I didn’t bring it.

I’ve just walked across the street, literally, to have a drink or two and some dinner at the Sports Bar across the street. I got into conversation with some Aussies (of course!) and learnt that they live here. We talked at length about the ins and outs and I must admit I’m a bit fired up again. There’s no way I would have had that kind of conversation at home.

We talked about pets (there was a beautiful Beagle on a leash doing the rounds of the tables but she wouldn’t come to me). They said even though it’s illegal to bring dogs here, you can do it by paying the money. They brought their cat in this way, even though it was 12 years old and has died now. There’s even a recognised business doing it! It matters not to me now, of course.

The people, the guy, said he’d had medical troubles here but he was very happy with the cardio treatment he got at a hospital in Denpasar. It costs, of course.

To be honest, I worry about how I’m going to cope when I get really wobbly. One answer would be to live here and employ carers. You can’t do that at home. And lease, don’t buy. Just a thought.

10pm: I’ve just read that we’re going through a meteor shower at present, and the further north you are (in Australia) the better view you’ll get. Well, you don’t get much further north than here (in this context 🙂 ). The times are 11:30pm to 1am our time. I don’t think I have the energy tonight, but Tuesday night is the peak.

Next is the reason I wanted to be here in Sanur near the beach – the dawn. Will I have the stamina to get up before dawn and walk down there? Depends how I sleep, I guess, which has been very poorly recently.