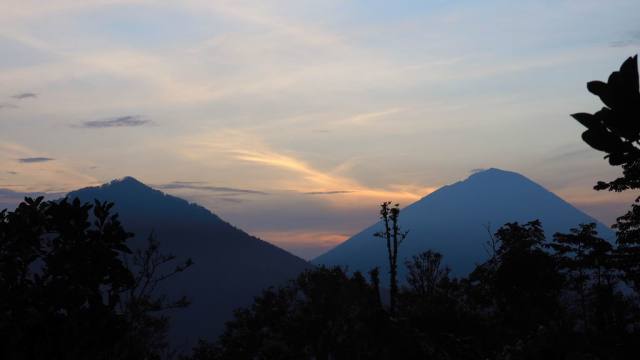 OK, back in Kuta for Xmas Day and on. Merry Xmas to all.

Yanick found me in Ubud thanks to my marvellous maps and screen grabs. 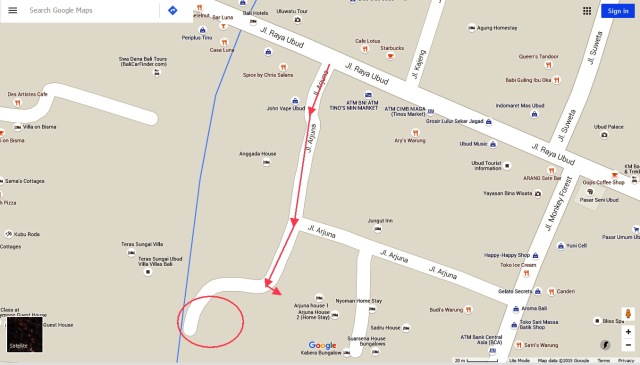 Ahem, joking, there are signs everywhere pointing to the hotel, so he could have found me.

I’m going to give a great review to that Karma House Hotel, to add to the rave reviews already there. I felt really good about the place. Don’t expect much for $20 a night, it’s basic, but I enjoyed it. 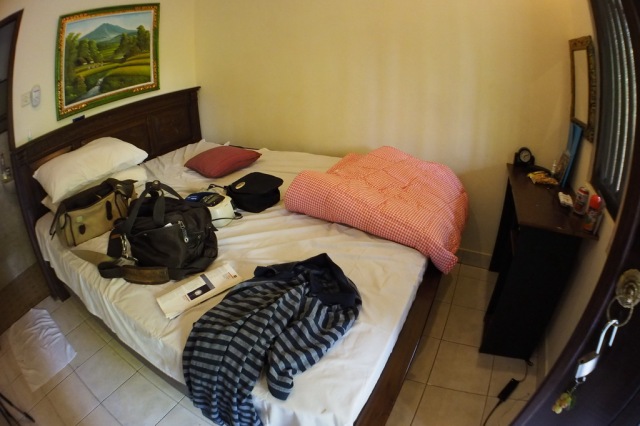 There’s not mushroom inside! 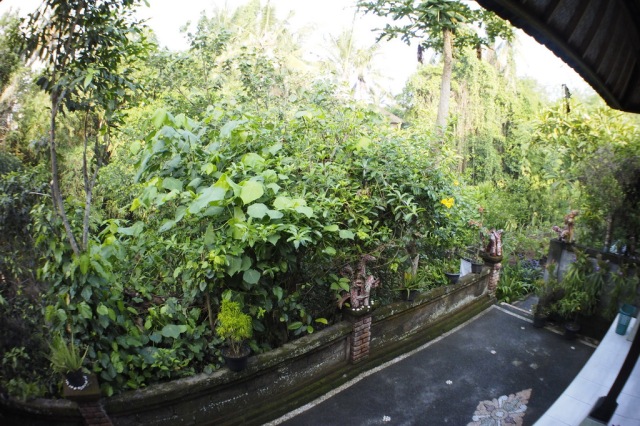 It was a very pleasant drive from Ubud to Kuta, about two hours, and with time to enjoy the scenery because the speeds are very slow. There are lots of holdups at times, but it’s all good and no-one gets upset.

I’ve finally been able to get some images off my memory cards, this one from the Olympus. Kintamani was a problem because I couldn’t move around to get clear of the vegetation. The shots just prove that I was there before and during the dawn. Really. Trooly rooley. 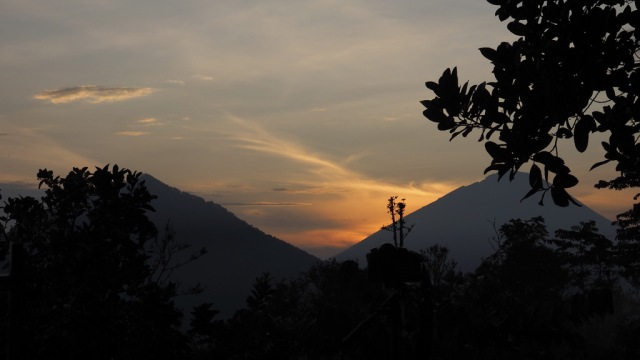 I’ve got better shots on the other camera, the Panasonic with its 25-400mm lens, but until I can find a card reader, I’m locked up. 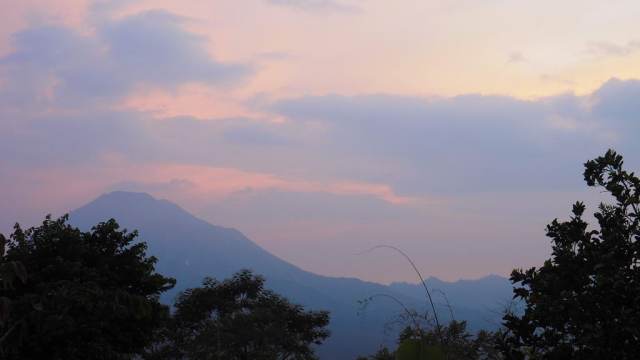 I’ve met up at this hotel with a couple from Melbourne; the wife is the same age as me and has heart problems like me, so we have lots to talk about. The husband works for the NBN Co., is an American, is an insulin dependent diabetic like me, a former US Navy aircraft electrical systems guy. Obviously we have a lot to talk about. We might go out to a Xmas dinner soon, somewhere. (Jeez, heavy rain has just started. Great. I like it.)

I’m also quite surprised and very pleased – I’ve just had an email from a woman friend I used to be at school with (i.e. same age as me) who I know quite well — she’s told me a close friend of hers is arriving here today, on her own, and strongly suggesting I might like to meet up with her! Wow. Unusual! I think I might do that. Who knows?

It turns out her hotel is just down the road from here, near Lippo Mall. I must have walked past it the other day. Too far to walk now – I’d be knackered and sweaty by the time I got there.

Amazing: have I got precognition, or what? I had a dream the night before last, a strong dream that stayed with me. More on that later … maybe?