Lake Batur 1983. That tiny village on the far side is Trunyan. It occurs to me that I might get a chance to go there on this tour next week. That will be very satisfying because I’ve wanted to go there for a long time.   (C) PJ Croft 2016

Well, things are moving ahead at a fast clip. I’m doing a three day tour of the east and north coasts of Bali with my new friend next week. The timing works out perfectly for both of us because that’s when I was thinking of going, and it dovetails with a commitment my friend has too.

I just have to find a driver. I know two guys and I’ve asked the hotel to quote me as well so that I have a point of reference on the cost. Still waiting to hear from them. 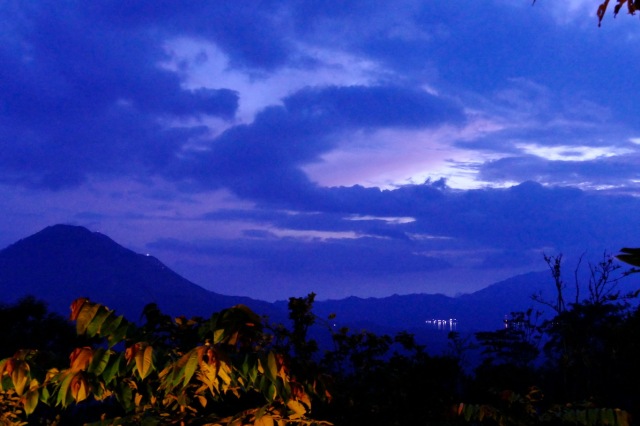 That’s Lake Batur again. Those lights in the distance are Trunyan. I took this shot from Kintamani on 21 December last year at 5.30am.    (C) PJ Croft 2016

My sleep has gone to the dogs. Once again last night, I dropped off very quickly and woke about 2½ hrs later, and that was it. Just dozed from then on. At least it means I’m getting to listen to my favourite Radio National programs via the internet. With the three hour time difference with Sydney, the BBC Business Report comes on at 2am, and so on. I probably shouldn’t, in fact I definitely shouldn’t be listening to the radio, but …

My leg is a bit better. The lesions are dry now after applying the iodine based dressings (waterproof plasters, I mean) and I’ve got an antiseptic called Rivanol which was recommended. I’m using that, and there’s been no worsening. That means I’m holding my ground. I hope to see some healing now.

But unfortunately, it seems as if the chlorinated pool water is the cause of the problem. It dries the skin something terrible, and that leads to cracks which get infected.

So no swimming! Booger. I’ll need to do more walking, then, and that’s a bit painful in my right hip/back. It’s getting easier, though.

I received a copy of a warning yesterday: bag snatch thieves are operating in this area, specifically in Jalan Danau Poso, which is the street I walk along sometimes. I was there yesterday.

It’s the obvious method, biker and pillion passenger come up alongside you and the pillion guy grabs your bag and yanks it away. In my case the bag is slung across my shoulder with a very heavy duty strap so I doubt they’d get it off me, but it would be pretty violent. It would pull me off my feet, for sure, and that would be bloody and painful. I’m pretty heavy and I’d go down hard on these rough surfaces. Ouch. it hurts just to think about it.

They’re probably after easier targets, like women with their bag only over their right shoulder. Easy pickings. I’ll certainly keep the warning in mind.

I’ve had news from a friend in Perth who’s had surgery to fix blocked leg veins that were causing her a lot of pain when walking. She points out that it’s possible my leg veins might be causing poor blood flow to the leg, which leads to the ulceration I’m getting.

Very valid point! I was diagnosed with a bad vein in 2013 by ultrasound scans, and the vascular surgeon mumbled that he might need to fix it. But when I saw him the next time, he said, “Nah, we’ll leave it alone. Come and see me if you’re having trouble.” So I haven’t been back.

But I think I might follow this up. I hate this susceptibility to ulcers and cellulitis. It’s scary and as I said, it means I can’t swim.

The appointment with this vascular surgeon in 2013 was quite annoying. Very annoying!

It was for a date in March, after a two month wait! That was bad enough. I was staying down in Margaret River at the time, about 250Km south of Perth.

So on the appointment day, I got up at 5.30am and left at 6am for the drive to Perth. I drove non-stop and arrived in plenty of time for my 11am appointment. I arrived in his office right on time.

But I waited and waited and waited! I finally got in to his room at 12.05pm, an hour late. He looked at his notes, made his diagnosis and said he wouldn’t do anything, and that was that. It took about 5 minutes! $200 please, or whatever it was.

I felt like telling him I’d driven for two hours to make this appointment, then waited an hour in his waiting room, only to get less than 5 minutes of his time. Grrrr. But I kept quiet. As usual.

The more I look at this watch: 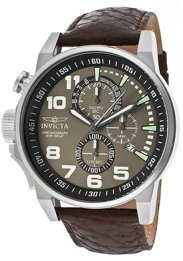 … the more I like it. I think I’ll order it. Amazon’s price is A$155 including postage to my home address. I’ll have to replace the strap with a metal one, though. You can’t let leather straps get wet, which is a bit hard to avoid.