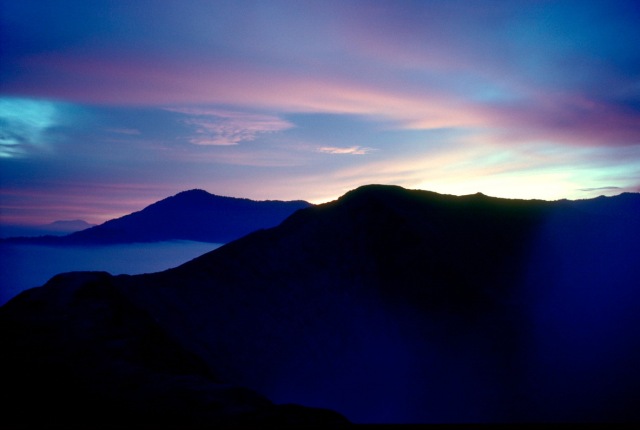 OK, I’m ensconced. Installed. Accommodated. I’ve arrived in Sanur, Bali, in the S’cape Condotel and after a tough walk up the road to a Circle K convenience shop, I’m sitting here at 7pm with a Guinness in hand. Nice.

I must admit I can immediately see why people said cleanliness leaves a bit to be desired in the reviews. Five star it is not. It looks old and in need of a renovation. Everything looks worn. It’s not seriously bad, but I’m not sure I’ll be able to continue here long term, which is what I thought I’d be doing.

The stairs are a real stumbling block, if you’ll pardon the pun. They’re wooden, which is good for grip, but fairly steep, and as I thought, there’s no hand rail, so I have to steady myself against blank walls until I reach the landing. This is a tight 90º turn and the steps get very narrow. I have to grab for the door frame to get up there. This is not good.

But the other problem is that some things I need upstairs, and they’re downstairs. Other things I need downstairs and I’ve left them upstairs. Grrrr. It’ll sort itself out, but I’m having to use the trackpad because I left the mouse upstairs and I don’t have the energy to go up again!

Another disappointment is that both TVs, upstairs and downstairs, are old 17″ CRT (tube) sets. As well, there’s a very restricted choice of programs from a normal TV antenna, i.e. no pay TV stuff, so no CNN or National Geographic etc., just Indonesian channels. There is a DVD player downstairs and I just happen to have brought a DVD with me, with two episodes of Silent Witness, so I’ll be OK for a while. Sob.

The Air Asia flight up was uneventful, except that I was getting fed up with constant pushes and bumps against my seat back. It seemed a guy with long legs was kneeing my seat back, and he couldn’t keep still. The guy in front of me insisted on reclining his seat so that it was in my face, and likewise, couldn’t seem to stop moving around. Lucky it’s only 3¼ hours. I’ll try another airline next time, which is early May.

I have to do the May-June trip because I’ve pre-paid accommodation, but I suspect I may cancel out of the June-July trip. I’ve been doing a lot of thinking and I think I might be chasing something which isn’t there.

I lost another 0,6Kg yesterday and I’m at my lowest weight in about 10-15 years. I credit it to the appetite suppressant effect of Byetta, the diabetes injection. It wouldn’t be for everyone – it’s not the nicest feeling, but it’s enabled me to cut my food intake in half, or less. I don’t have access to scales here so I’ll just have to try and be good.

Nearly forgot – I was worried about wi-fi reception here and bought a high sensitivity wi-fi amplified antenna last week to ensure I could get it in my room.

That’s the bad news. The good news is that I don’t need it. The wi-fi is working fine, as you know, since I’m writing this piece.

8.15pm: Oh, this is no good. I’ve just been up the stairs to sort a few things and I could hardly make it up. My legs just don’t want to carry me and I get a sharp pain in my right knee, nearly making it buckle. There’s nothing to hang on to!

I’m thinking that after I leave here in ten days to go to the “slum” (much cheaper) hotel for four nights, I might have to go to the other “condotel” that I’m booked into in May. Those are big self catering rooms, but they’re all at ground level. Same price as here, not as good a location, 1Km from the beach in South Sanur.

I should be able to cancel my second stint here (18-31 March) with no cost if I give more than three days’ notice, which I can do. I’ll think on it.