What a handsome chap. Wonder who it is?

I had a swim first thing this morning, at 7.30am, and although it was nice, it’s going to be a big problem for me. First, the water is less than sparkling clean. You wonder what bugs are in it.

But my problem is getting in and, more seriously, out. There are no ladders, just platforms below the water level, like seats. The trouble is, the step down from the outer rim to the platform is about 45cm and my legs give way when I have to step down that far. I fall, into the water, of course, but it feels bad.

But getting out again … oh boy. I can sit on that underwater seat but I can’t stand up and step up with nothing to hold onto. My thigh muscles are too weak to lift me. So I got myself up sitting on the upper rim of the pool, stone tiles, and tried to stand. Cannot! There was a tree to hold onto, but I was twisted around resting on my left knee trying to pull myself up. I got there, but I’ve grazed my left knee on the tiles and skinned one toe. With all the mud and dirt, I’ve had to buy some antiseptic spray. Hope it works.

Same for the room. The upper floor bedroom opens to a balcony, but the actual solid part is about 45cm below floor level. You step out onto a vinyl seat cushion on a full length wooden seat. There’s nothing to hang onto. The railings are too far away. It looks very dirty and when it’s wet and slippery, no way, but it’s hard to do anyway. So, so far, no sitting on the balcony for me.

Oh, this laptop – I can’t see the cursor. Win10’s colour scheme lacks contrast and I keep losing the cursor. I’ve realised the screen is touch sensitive so I can point and tap, but I don’t like that much. As well, the mouse’s IR sensor is not very good and half the time the cursor won’t move. I might have to buy a different mouse.

I got talking to a woman while sheltering from the rain and she was from Finland. She said temperatures were -20ºC at Xmas time. I told her about our five days above 40ºC. War stories.

6.15pm: rain has stopped, to a beautiful afternoon.

I took a taxi at about 4.30pm to the Astana Pengembak hotel to ask to see a room. Not bad. The room is only one level, which is the point, but it’s only half the size of this place. But I simply can’t handle the stairs here. I’m taking my life in my hands every time I go up or down. I’ve nearly lost it a couple of times. It’s too dangerous to stay.

So I think I’ll move next Monday. I need to give this place decent notice, three days at minimum. I haven’t paid anything yet, so I have the whip hand.

The Astana is a bit isolated, down a narrow road off Jalan Danau Poso. At first I thought it was too isolated, given there’s no restaurant, but I got the very obliging taxi driver to circle around and show me the entry again. It’s OK, it’s about 200m from Jl. Poso and there are several restaurants, warungs and a shop or two there. It’s a fair way from the beach, at least 500m, but the pool at the hotel has ladders at each end so I can get out. Bagus.

It’s so quiet there that I wonder if I might risk hiring a scooter. A scooter is easier to ride than a motorbike and there’s little traffic in those narrow streets. Even Jl. Poso is pretty quiet.

The room feels a bit small, more like a normal hotel room, but the bathroom is big and has a normal shower cubicle, unlike here where you have to stand in a bath with a very wide rim. I don’t like that – it’s too easy to slip in a bath.

So, sorry S’cape, but I can’t continue here.

Nyepi, for non-Bali friends, is the annual day of silence. Complete silence. No lights, no music, no walking around. You have to stay at home and keep quiet, really quiet. Not even TV sound. You even have to be quiet turning the pages of a book. 😉  You can be visited by the local officials if anything is heard, as happened to someone I know a few years ago. No harm done, but it would be embarrassing. Even the airport shuts down. No flights in or out for 24 hours.

If I were an engineering person at an airport, a 24hr shutdown would be a godsend. Wow, 24hrs to do essential maintenance and changeovers that can’t be done at any other time. I wonder if the airport people negotiate with the religious people for special dispensation?

Then I got the driver to take me to the Abian Boga hotel in Jl. Kesumasari, not far from Merta Sari beach, where I have a four night booking starting next Monday week 14th.

I asked to see a room, and ugh. It’s only A$27 a night with breakfast, but the room is dingy, dark and dirty. I couldn’t face it, so I’ll have to cancel that one. Nice location, but … Again, I haven’t paid anything up front. 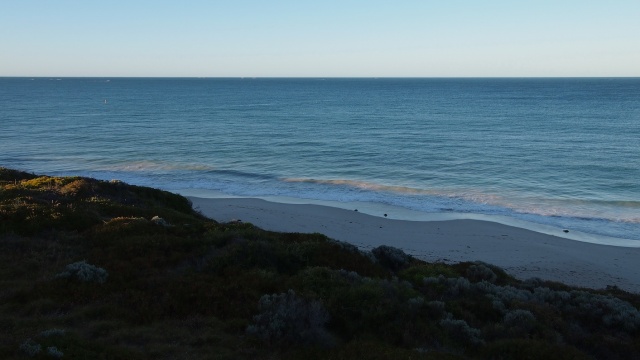 Then back to Hardy’s supermarket to buy some antiseptic wipes, among other small items. I’m always worried about picking something up here. It would be no fun to be laid low with an infected toe, for example.

Travel insurance: because I used my gold Visa card to make bookings, I was eligible for free travel insurance. I went through the application process and after a few questions about medical matters, they refused me medical cover. However, I’m covered for everything else, like theft and robbery and so on (drowning? alcohol poisoning?). It’ll do.

Bloody hell, I wonder if I’d be covered for slips on the glossy smooth floor tiles in Hardy’s. I always worry when I walk around in there. I’m so close to slipping.

Then back to the taxi, Bluebird no.630, who had waited patiently for me, and back to where we started an hour earlier. Price, negotiated beforehand, Rp100,000 or $10. He was such a nice guy I gave him Rp50,000 extra for which he was very grateful. Crumbs, I’d just spent the same amount on DVDs which I’ll probably throw away after I’ve watched them.

HM Barque Endeavour off the Perth coast, with Rottnest Island in the background. 1989  The lens used was a cheap Vivitar 400mm, bought as recommended by Modern Photography mag, and it’s sharp enough to see the rigging lines. But I lost it in a burglary in 1991.  (C) PJ Croft 2016