What a day this has been. I’ve been up since 4.30am (with a sleep later to make up for it) to see the dawn. Then at 12.30pm the Balinese Hindu religious ceremony of Odalan started in this street. More on that in a minute. All up today, I’ve shot 75 images and video clips in the morning, and another 104 this afternoon. I’ve drained the camera’s battery twice today. Read on … 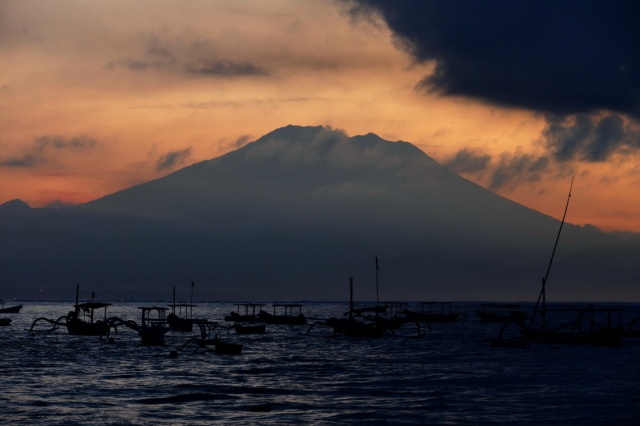 I’ve done it at last: I got up before dawn and was on the beach for the sunrise. I’ve been trying to make myself do it but Morpheous kept intervening.

It was still completely dark when I walked down to Semawang Beach at 5.33am. How do I know the time? It’s recorded, along with the date, and a mass of other details, with every image I shoot. 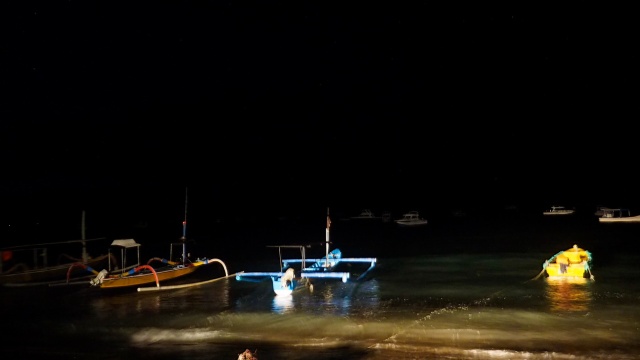 At first, there was orange street lighting spoiling everything, but it went off and I got the crescent moon rising. 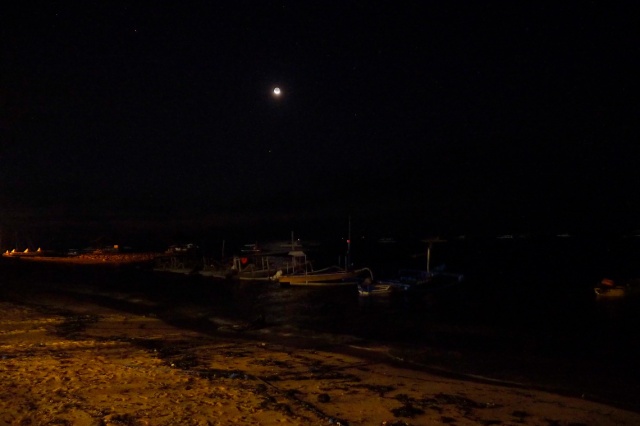 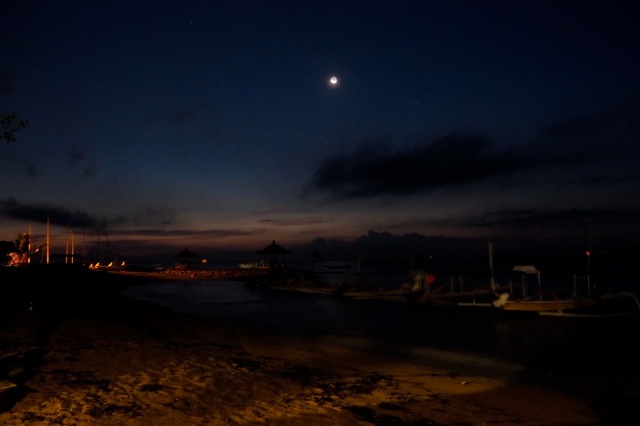 Then the sun made its entry. 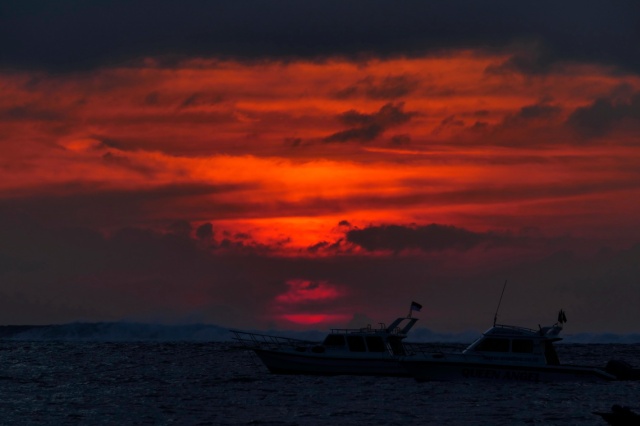 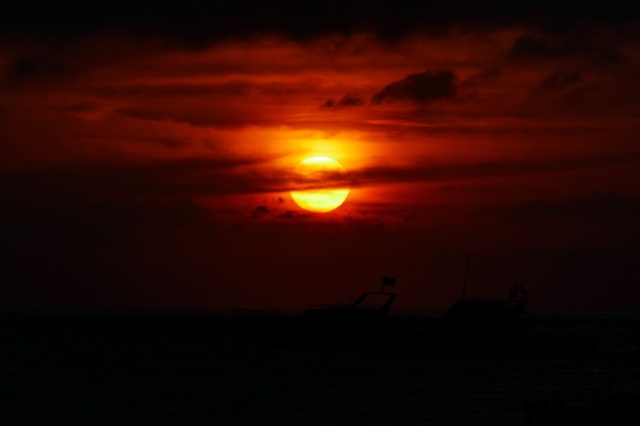 … and illuminated the mountains. 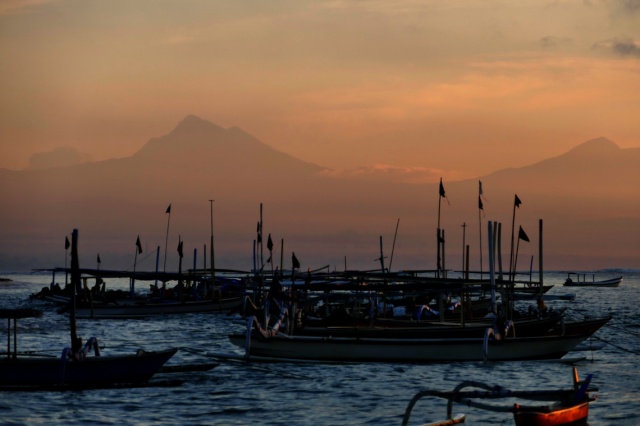 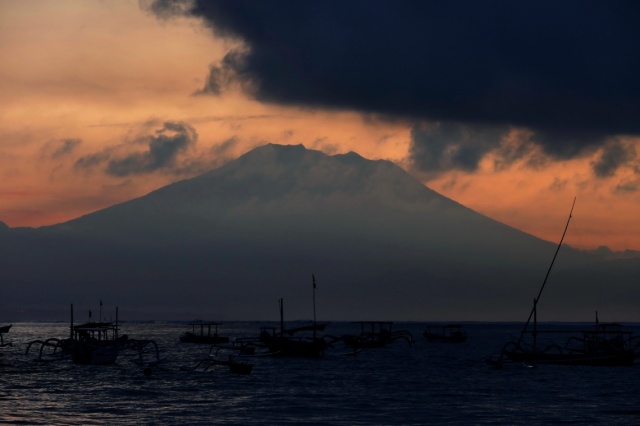 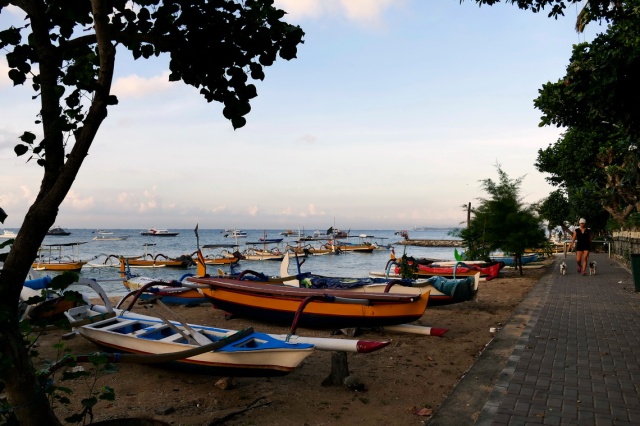 So after this, it was back to the hotel, just a slow five minute walk, then a cold shower, breakfast, then another two hours’ sleep. It was a good morning.

But the best was yet to come. 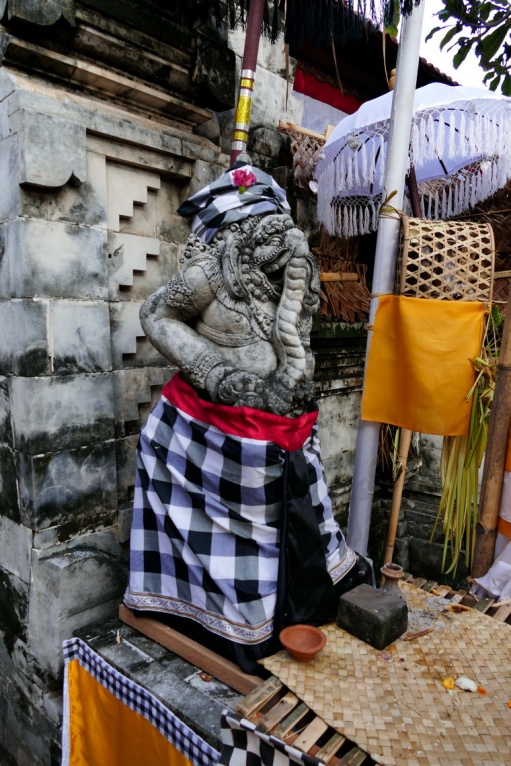 After the sleep, V called me to come and see the street scene. Today marked the start of the three day festival of Odalan, celebrated every 210 days by the Balinese Hindu calendar. But I was told that this year’s festival is especially significant at this temple in our street, being celebrated once every 30 years. We are multiply blessed.

The complete schedule is up on a large board outside the temple, and today started with the assembly of a large procession to walk down to the beach. All images Copyright PJ Croft 2016. 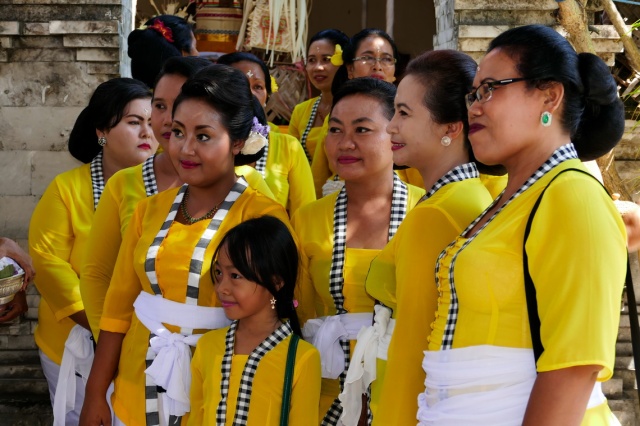 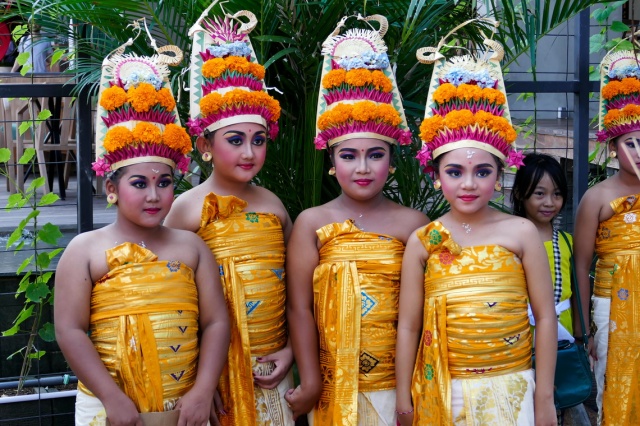 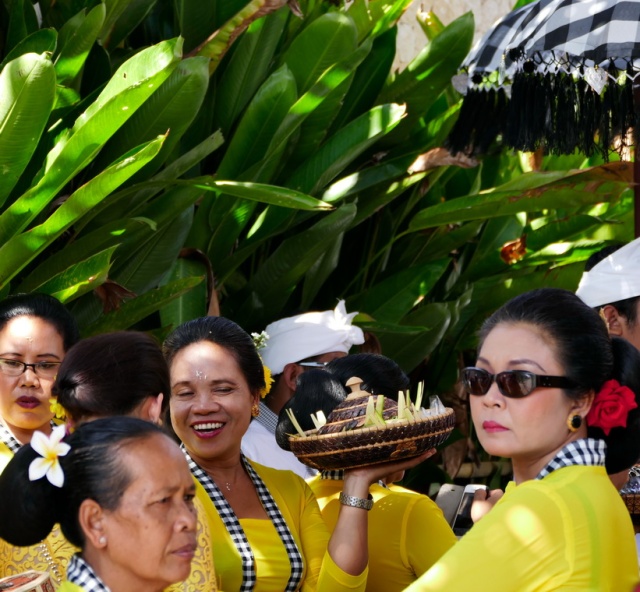 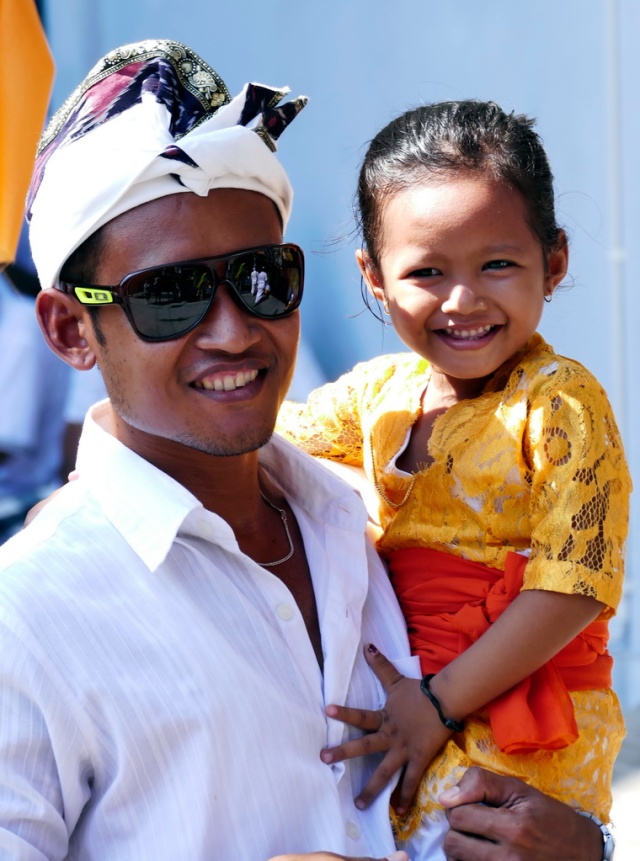 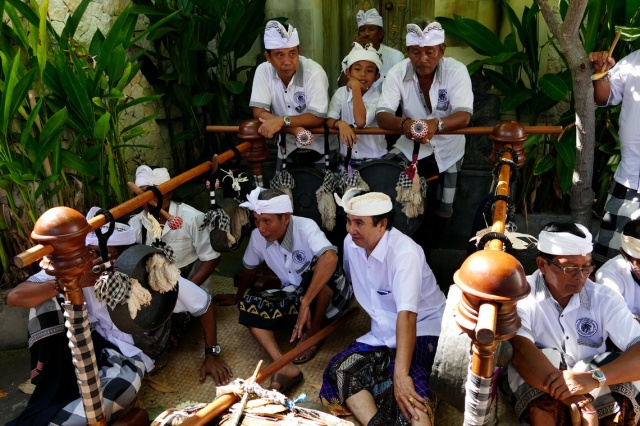 The gong’s all here.. 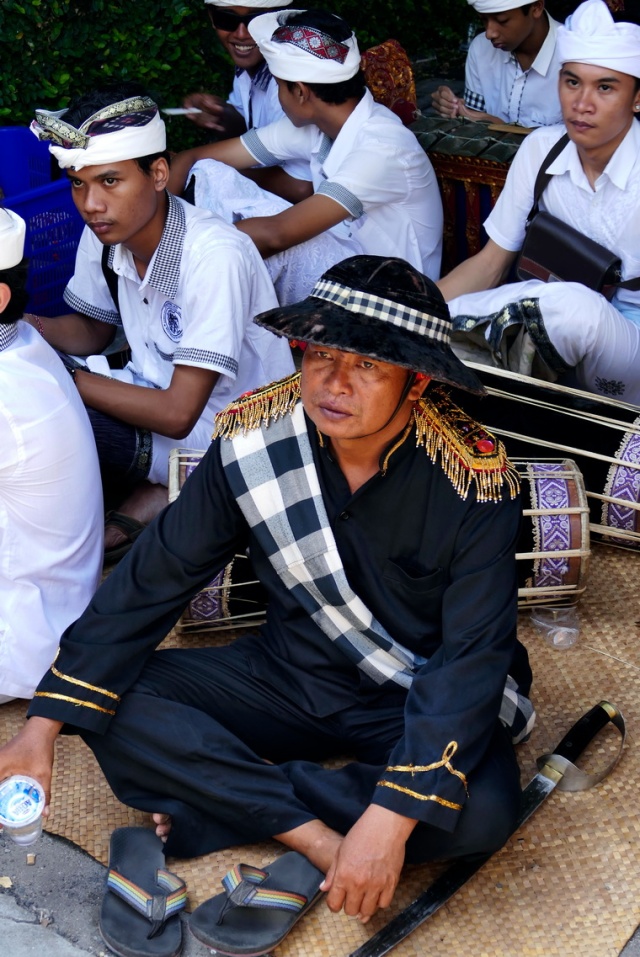 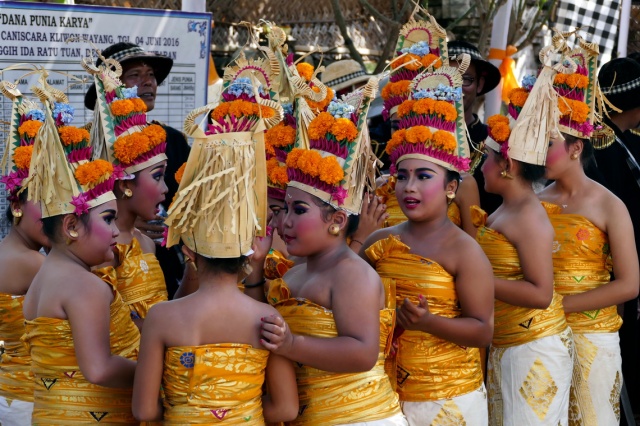 The board behind the girls records the donor name and amount of donations to the temple. 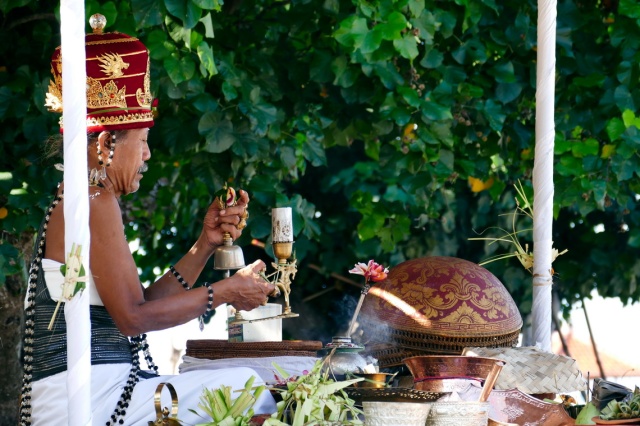 The high priest conducting the ceremony at the beach. This was very solemn. 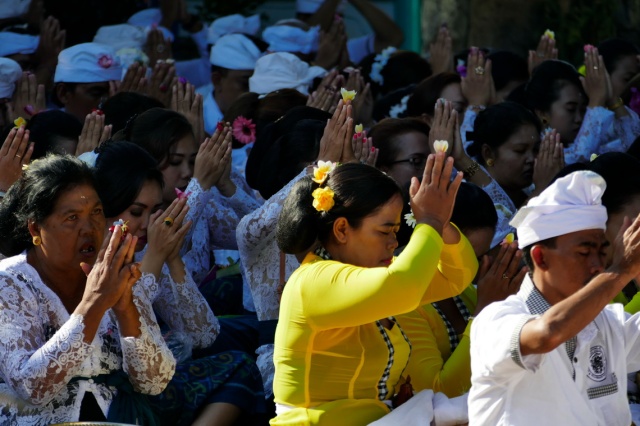 He called for prayer several times. 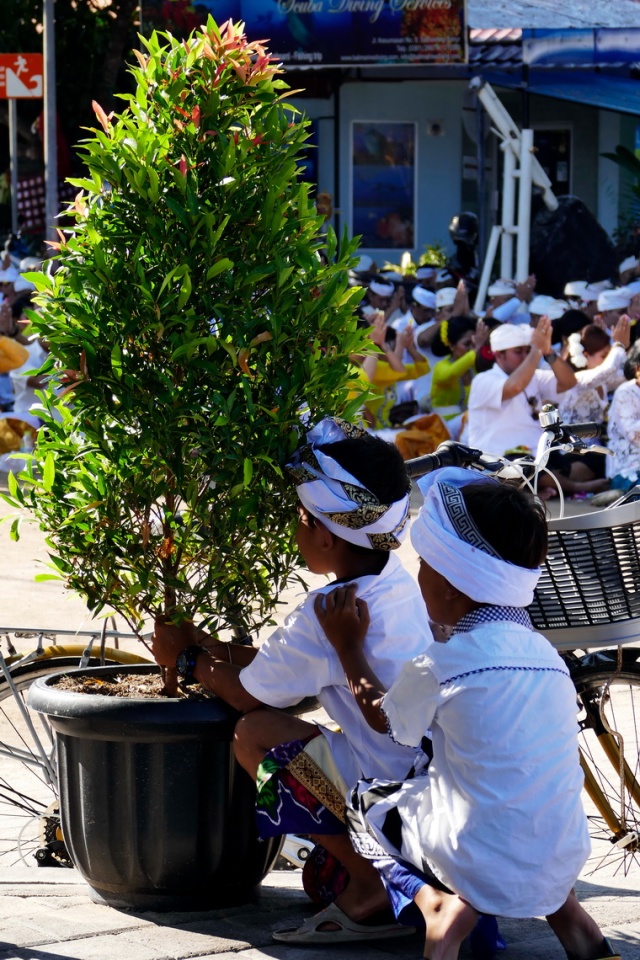 There was time for play. 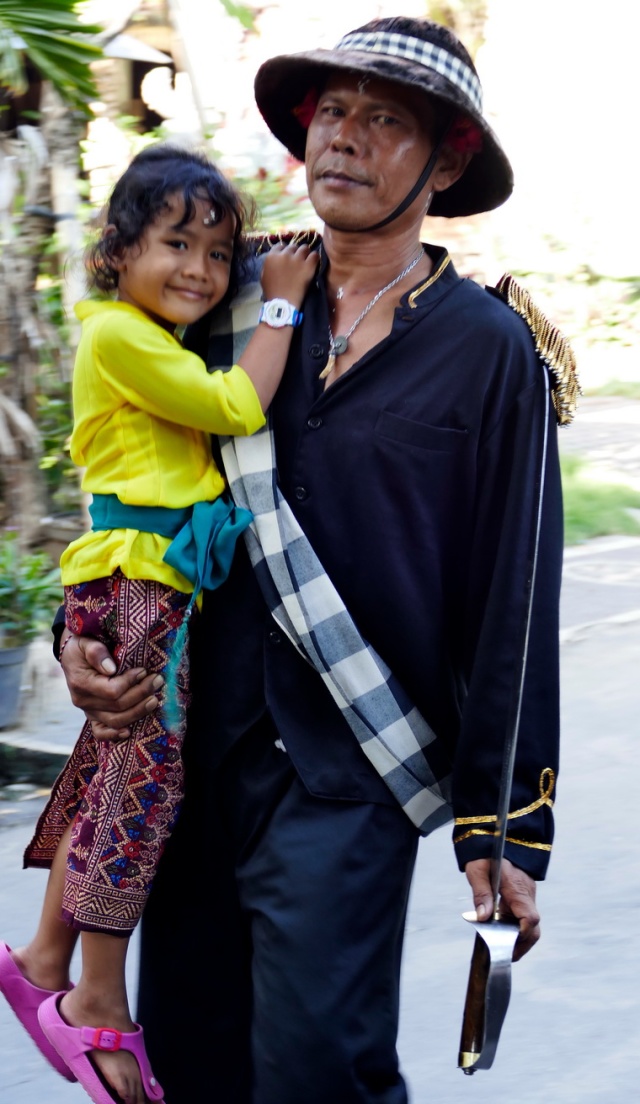 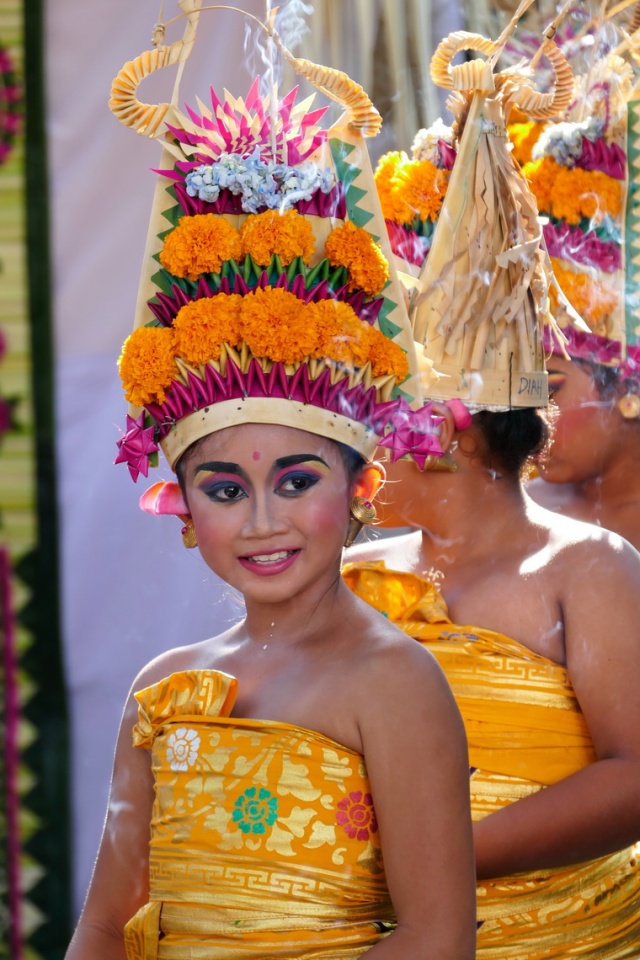 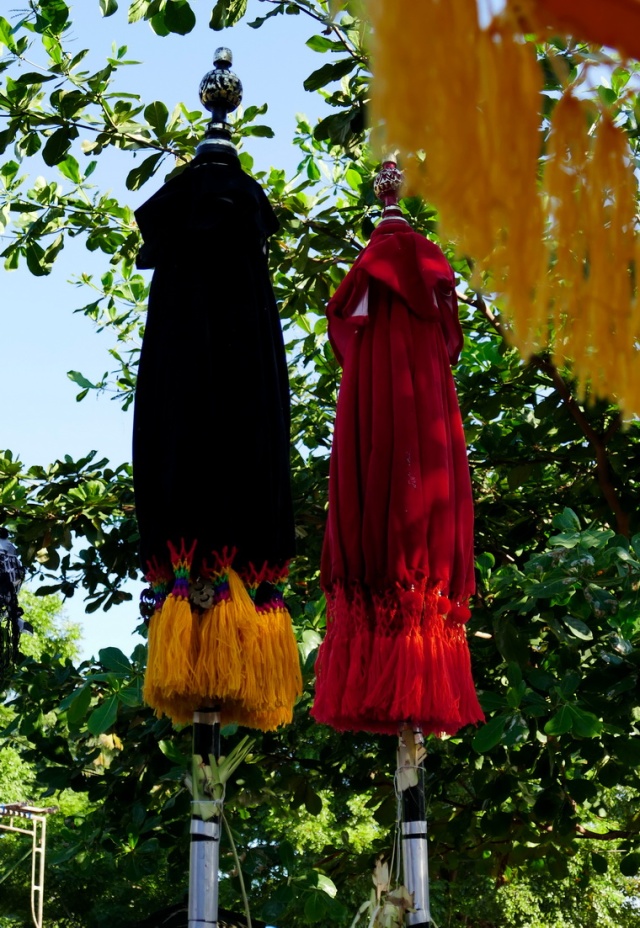 At this point we were completely hemmed in and blocked by the large procession. 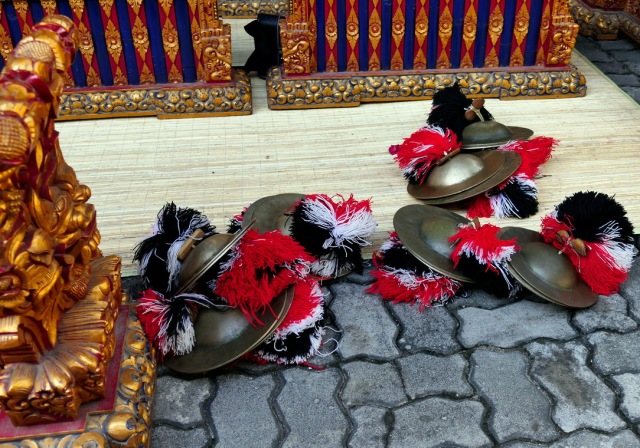 Cymbals from the gamelan orchestra. 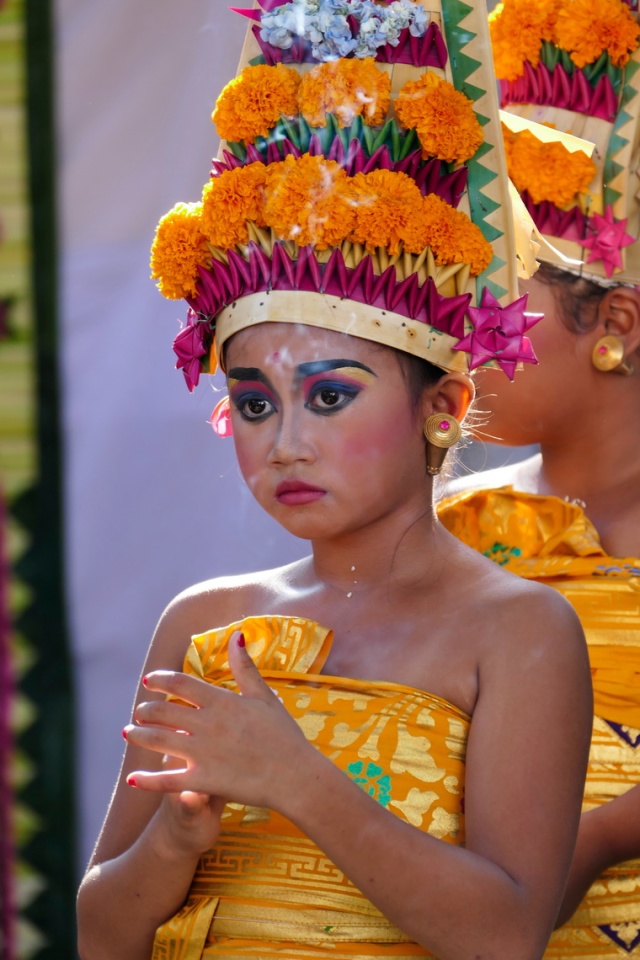 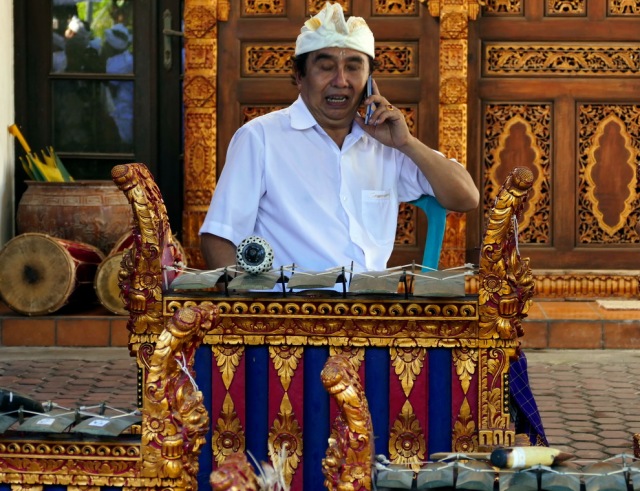 The new co-exists with the old.

As I write this on Saturday morning at the breakfast table, a gamelan orchestra is playing in the front of the restaurant only 75m away. Wow. I love this music. Unfortunately, this hotel insists on playing Western music through loudspeakers in competition. Duh.