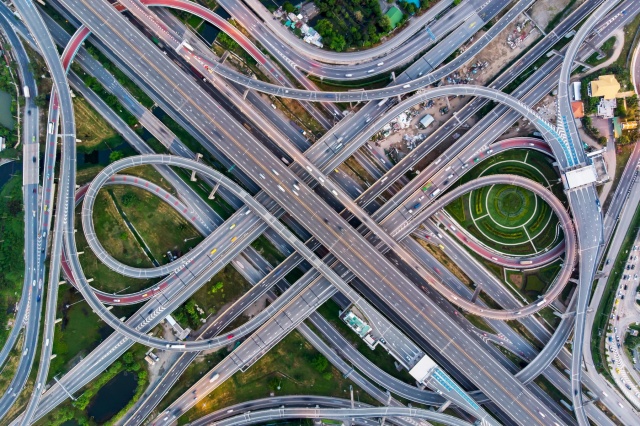 How’s that for an intersection? Contrast that with our airport intersection, a difficult to navigate mess, with tightening curves and confusing signs. Poor design. 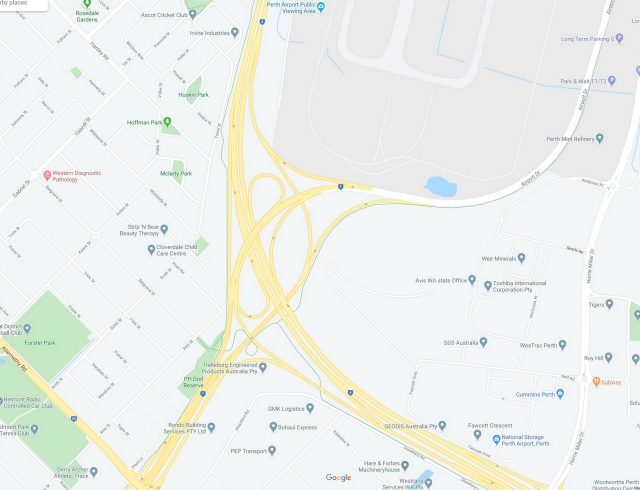 Aaaooouuurrrgh, it’s cloudy fine outside but with a max of 16.2C, a bit cool, 15 deg at the moment. Maybe a 5Byoot day. Another 16C day tomorrow, they say.

I finally chose and bought a new printer yesterday, an Epson ET7700. I’ve had a small Canon one for about 10 years and although it only cost a couple of hundred, I reckon I’ve fed about $2,000 worth of ink cartridges into it in that decade of use. I’m fed up with the expense. As well, the yellow nozzle is partly blocked so my colour printing looks wonky. Apart from that it’s OK and when it was printing colour well, the prints were magnificent.

The new Epson is from their Ecotank range. Instead of little 10ml cartridges, each colour (Black, Grey, Yellow, Magenta, Cyan) is a big tank of about 250ml (I think) which you can refill from bottles. The printer advertises itself as being good for 19,000 pages of black and white, and 14,000 pages of colour per refill. The ink is included in the box.

The initial cost, $729, is quite high but I hope to save at least that amount by not having to buy new ink so often. I’d estimate that the initial bottles should last me at least a couple of years before needing more ink. I’m told the refills are reasonably priced too, $25 for the black and $15 for the colours. Wow.

So now I’ll be able to fill all those photo frames I’ve got. I’ll report.

I also have the Epson Stylus R2880 A3 photo printer that I’ve had since about 2007 (?). It’s a great machine and has been very reliable, despite being unboxed for a while, then reboxed and stored away for nearly two years, then unboxed, working fine first time despite its long sleep, then being boxed up and moved here. I don’t recall ever having a head clog. But I think a sensor is blocked because it doesn’t detect the paper and just feeds it straight through, not printing anything. Frustrating. I should tackle it, but it’s so big that it’s hard to work on. It’s one of those “gonna” jobs awaiting me.

I was sorely tempted a couple of months ago. A Perth photo store was advertising the latest Epson A3 printer, a couple of generations on from mine, for about $1,000. But I stopped short because I thought, what am I going to do with my existing machine? It’s not saleable with the fault, so what do I do with it? I concluded that I’ll just have to fix the fault.

By the way, my existing R2880 uses eight ink cartridges plus a Photo Black, at approx $23 each. A full set costs about $210! Luckily I’ve only needed a new set about three times in over ten years. Photo printing is an expensive business! 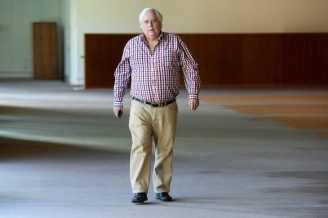 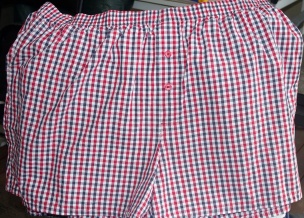 I’m still waiting on the MyHeritage people to phone me for their special price to use their photo restoration software. I reckon I could do all the shots I need in much less than a year, so I suppose $240 for one year’s use would/might be reasonable.

My USA second-cousin has sent me her family tree which she’s done (so far) on Ancestry.com. It made me realise that I registered for that many years ago and made a start on our tree, but didn’t go on with it. It’s very addictive and it works even better now that so much data has been sourced to build links. Maybe I might have another go.

I watched Craig Reucassel’s program, There is no Planet B on the ABC last night. Very well done. What got my hackles really raised is that Chevron and Woodside signed contracts during the tenure of the last WA Liberal government (i.e. about 5 years ago) for the right to retrieve and process huge amounts of LNG from the Browse Basin, on the proviso that they capture and store underground an equivalent of CO2 that they generate.

Have they done it? No. Nothing. Despite the contract, they haven’t bothered. This is criminal! Remember those names, Chevron (USA) and Woodside (Canadian). Liars, polluters, law breakers.

I’ve started a new book in the past few nights, “Presumed Guilty” by Brett Christian, the Perth author and suburban newspaper proprietor. It’s mainly about the research he’s done (publication date 2013) about the way Perth police lay false charges and fabricate evidence about major crimes. His research in this case (I’m only early in the book) is about Darryl Beamish, the deaf and speechless young guy who was charged and convicted for the murder of Jillian Brewer in Cottesloe in 1959. He was convicted on utterly false evidence, obviously couldn’t defend himself and was sentenced to hang, but the sentence was commuted, yet he spent 15 years in prison for a crime he did not commit. Only after 44 years was he finally exonerated.

He is just one of many people in WA who have been “fitted up” by the police. One of the worst doing it was Owen Leitch, the former commissioner. I remember that name well from the 1980s. I have long thought that if you are ever held by the WA police, be very scared because often they will fabricate evidence and “confessions” to get a conviction. It’s been shown over and over again and it’s only due to people like Brett Christian and Estelle Blackburn that the truth has finally come out.

The book is gripping reading. I’ll report back.