You don’t believe in poltergeists, do you? Neither do I. Well, another very odd thing has happened and so far I can’t explain it.

Last night at about 8.15pm I was watching TV when suddenly there was a loud noise exactly like a bag of rubbish, with cans and glass, being thrown over the wall separating my house from next door. The noise lasted two or three seconds then ended with a loud, sharp CRACK like a stone hitting my window pane.

It made me sit up quick smart and look around, I can tell you. What on earth … ? I thought I was under attack. This 2m high wall is only about 4m from where I was sitting, but unless this rubbish bag had been thrown by my neighbour, I couldn’t work out where it could have come from.

I looked quickly at my windows from inside, expecting the glass might be broken, but they were intact. So I went to the laundry, switched on the outside light to the “drying court”, the space between my house and this wall and went out. I expected to see a bag of rubbish strewn over the paving, but no, nothing.

My light going on brought my neighbour, Barbara, out and she said she heard it too. Yet neither of us could see any thing amiss. (We have conversations over this wall where neither of us can see the other. We just talk through the wall 🙂 like in that TV show a few years ago where you only ever saw the top of the head of the neighbour over the fence. Or like Howard’s mum in Big Bang Theory, where you only ever hear her voice.)

I went out to the back lane where the bins were out for collection, thinking I might find one of them pushed over or something, but no, they were fine.

So I left it as a mystery last night, thinking I might find something this morning in daylight, maybe something thrown from the street, although it would have been a prodigious throw to have reached this drying court. Again, in full daylight, everything’s fine.

So, what on earth … ? What made this noise? It wasn’t just me — my neighbour heard it too. Applying Occam’s Razor, it must be a poltergeist. I’m haunted! That must explain the missing letter last week too. Uh oh.

It was yet another almost sleepless night last night. I dropped off easily at about 11.45pm but awoke at 2.30am for a pee, but although I was very relaxed and could feel myself on the edge of sleep, I never got back to sleep again. It’s not as if I’m having obsessive, racetrack thoughts, I’m not. My mind wanders all over the place, into quite weird and amusing corners at times, but just as I think I might be on the edge, something pulls me back from the cliff each time.

The result is, with only 2½ hrs sleep last night, I’m woozy and groggy. I’m using valerian and another mild melatonin type sedative, but they ain’t enough. Yet, on other nights I sleep right through.

It was the final episode of SAS, Who Dares Wins last night on SBS. Crikey, out of about 30 guys who started the course, only two made it through to the end. The instructors were deliberately strict in dropping people out in the early stages, on a quota basis at times, but at the end, three guys out of the five remaining chucked it in right at the very end. If they could only have held on for another few hours, they could have finished proud. It was the interrogation that got them. It wasn’t all that physical, they weren’t bashed and beaten, it was just the pressure of having to hold stress positions for hours while completely hooded, then being subtly questioned with the intention of breaking their stories. Three out of the five did break.

Gee, I wish I was that type. Fit as bulls, incredible physical endurance, able to run and run in any weather and terrain. Fantastic camaraderie. Back in my high school days in the army cadets, just occasionally I briefly tasted that feeling of being in a fantastic group, even though that was literally kid stuff compared with the SAS. Then we went home to our soft beds until the next year.

It’s the first day of summer, it reached about 30C and already, before the season has started, we’re being exhorted to save water. We’re way, way down in rain this year once again and climate change is in full swing. The shot above of Canning Dam (Western Australia) was taken in January 2011 and you can see how low the water level was then. We’ve had four more dry winters since then and there’s no sign of anything improving. We’ve lost 40% of the annual rainfall we used to have 40 years ago. I remember what it used to be like. This is serious, Stan. (I wish I could make these clickable to full size, but WordPress changed the software last week and now I can’t find any way to let you click on the image as we used to. Annoying.) 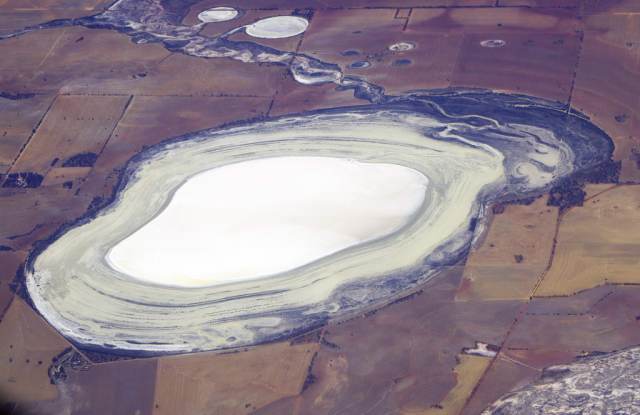 Dalwallinu, WA. Strange coincidence – I met a very nice lady from there at a reunion last year, but she’s gone back to Melbourne now. Sigh. Another one bites the dust. © PJ Croft 2011, 2015. Pentax K-5