From The Guardian today: “The former MI6 chief Sir John Sawers struck a cautionary tone in an interview with the BBC’s World At One. “We’re getting back into a world which is quite dangerous,” he said, raising the prospect of the US going to war with Russia or China.”

There was a comment by a US woman who had voted for Trump. She said she hoped Trump would make the world more aware of America’s nuclear missiles, and that they are ready to use them, so that we’d show more respect.

Lady, wake up, if you use nuclear missiles, you lose. It doesn’t matter whether you’re right or wrong, in a nuclear war, no-one wins, everyone loses. If brains were dynamite …

I’m sorry to be going on about Trump so much at the moment. It’s been a shock, but I’ll quieten down soon and get back to more mundane things.

The Guardian: “Trump has consistently denied 40 years of climate science – and he claims that man-made global warming is a Chinese hoax. Ditching the Paris treaty, he has said, is his number one environmental priority.”

“Withdrawal from the treaty, which was crafted over years by US diplomats, often against developing countries’ wills, would take four years to complete and would outrage world opinion. Many delegates in Marrakech privately think it more likely that a new US administration would choose to ignore it. Because the Paris treaty is voluntary, the US would face global opprobrium, but no sanctions or fines.”

“Instead of reducing US emissions by a quarter to 28% below 2005 levels by 2025, as the US has pledged, Trump would support US coal, gas and fracking and halt payments aimed to help developing countries adapt to rising sea levels and temperatures. The result would be to increase US emissions, set back attempts to hold temperatures to a 2°C rise by years and, say businesses and activists, put a brake on the world’s renewable energy industries and consign poor countries to deeper poverty.”

“Should the US leave the treaty, Solheim says that some of the biggest losers would be America’s working people. “They would lose out on all the new green jobs. It would be a huge lost opportunity for the US people. The thinking that climate is a cost is wrong. It is a business opportunity,” he said.”

Ian MacEwan, The Guardian:  “… this unique tragedy of national self-harm whereby a suspected con-man (the Trump University case, one of many, comes to trial on 28 November), this narcissistic and cynical vulgarian of limited attention span becomes the most powerful man on earth, ready by his own account to begin his assault on liberal democracy, rational discourse, civil liberties, and all manner of civil decencies, which are known to him as political correctness.”

“Trump’s poetry was misogyny, race hatred, xenophobia, petty vengefulness and reckless ignorance. On the stump there was hardly a dark human impulse that he failed to display or exploit.”

“If, by chance, Trump meant what he said (his supporters will be watching), it will be government by bonfire. He has said he will:

“The hope is that Trump was lying to supporters at his rallies, but if by wretched fortune he actually manages to govern as he campaigned, when he projected himself as an autocrat and misogynist, intolerant of dissent, dismissive of the limits on presidential power, keen to sanction torture, racially hostile, paranoid in his nationalism, bloated with simple answers to complex problems, then we would have to concede that the US has elevated to its highest office a fascist by any other name. At present it looks improbable. But it’s going to be terrifying.”

James Packer, billionaire Scientologist and gambling casino tycoon, was hooked up with Mariah Carey recently, until they had a big bust up (surprise, surprise).

It’s reported that she is allegedly demanding that Packer stump up $50m as an “inconvenience fee”. Hooray, I say. Good for her.

“As anyone in their life who has ever moved  knows, $50m is small potatoes for the inconvenience involved.”

The non-classicals use 231GB, and the classicals use 166GB. How do I know this? Tree Size Pro, a fantastically useful little program that I’ve been using for more than 20 years (I paid for it), which very quickly indexes a disc, counts all the files and folders and shows their sizes, and much more information besides.

Then there’s Print Folder Pro (also paid for), a similar program I’ve been using for many years, which formats the directory tree structure so that you can print it out. Windows has never allowed this.

These total sizes are for .wav files, by the way, uncompressed audio straight off the CDs, original quality. To play in the car, they have to be mp3s, which brings them down to about 10% of their size. That means I could fit my entire CD collection on two USB thumb drives!

Perth drivers continue to astound me. I was waiting at the lights to turn right near here yesterday. There were three cars in the right turn lane opposite, facing me, waiting to turn to their right. The traffic coming toward me cleared and I moved to make my right turn just as the lights turned amber.

But one of the right turners facing me changed his mind and pulled out of the queue to power his way through on the amber! I was caught half way through my turn with this lunatic speeding toward me. Stop or keep going? I elected to keep going, but it was a near miss. I was shocked.

I’ve been thinking – I reckon 10% of Perth drivers are determined to disobey the law, thinking it doesn’t apply to them, refusing to abide by the rules, doing whatever they like, too bad about anyone else. Deliberately driving through red lights. Knocking down speed signs with their 4WDs.

Another 25% are just ignorant and lazy, weaving across lanes, not using indicators, going through amber lights, driving 10-15km/h above the speed limits. With faulty headlights, tail lights and brake lights – they obviously never check them.

That leaves only 40% of Perth drivers who try to do the right thing. My opinion, of course. I thank them, but it remains that Perth roads are more dangerous than Bali, because the speeds are so much higher that there’s little room for error and the consequences are so much worse. I’m astounded by the number of drivers who simply barge their way through, completely careless of anyone else. Scary. 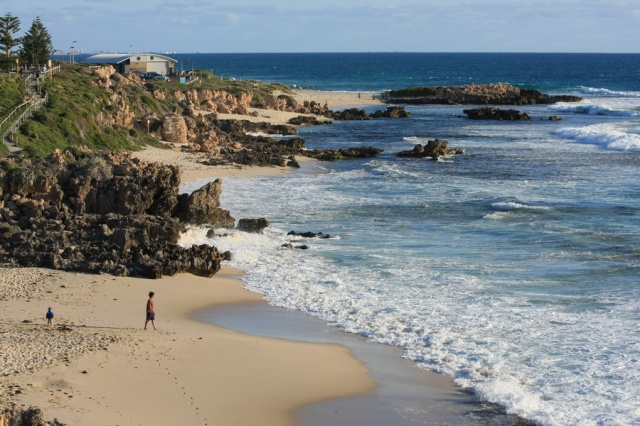