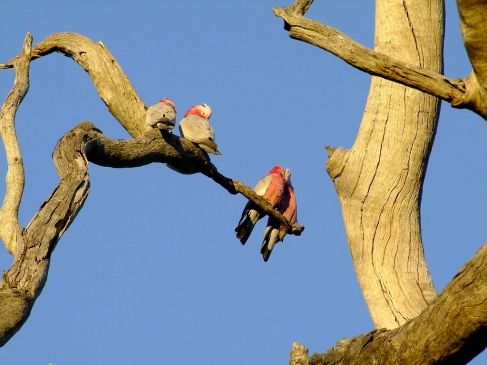 I was driving on Marmion Avenue on Thursday when I saw what looked like a newspaper page fluttering in the centre of the road. I was nearly going to drive over it until I realised it was a galah that had just been hit by the 4WD in front of me. The poor bird was lying on its side flapping its wings, dazed. I managed to avoid it and tried to think how I could stop, but I couldn’t.

That sort of thing really upsets me. The older I get, the less I can tolerate cruelty to animals, or animals in pain or terror. I cannot watch those ABC clips of the cattle being slaughtered in Indonesia and now Madagascar.

I felt sad that night and I had a dream, but it wasn’t a bird, it was a sheep lying on the road with its legs trussed together so it couldn’t get up. I went and tried to comfort it, but I can’t remember what else happened.

Speaking of dishwashers, I can’t get mine to go. It has a warning LED on – Salt. Apparently you have to add salt in the base tank, about 2Kg when you use it first time from new. Evidently it needs more now. But you try and buy “dishwasher salt”. Not available, not in supermarkets, not even from an appliance shop.

I’ve ended up with 2x 1KG bags of rock salt. We’ll see what happens. But getting it into the tank is going to be fun – you’re supposed to have a special wide mouth funnel that comes with the washer from new, but I didn’t get it with the house. The tank is full to the brim with water. I’ll get there. Why salt?

UPDATE 4.30pm: I added a 1Kg bag of salt without any trouble with a cutoff funnel. Still the Salt warning LED was on. I added the second bag, which overflowed the container a bit, and hey presto, no more warning light. It was all systems go. So now I’ve done my first ever dishwasher load and although it took a long time (2h 40mins) the result is superb. Better than I can do in the sink, because the rinse aid leaves everything mark free and sparkling. I think I can get used to this. As they say, It uses far less water than a sink wash. Good stuff.

Similarly, the taps in this house are terrible. Spiky handles with sharp edges. I want to replace them but the handles have a “concealed fixing” that you need a special tool for. Did it come with the house? I haven’t found it. Can you buy one? Nope.

And the very stylish bowl shaped basins have a non-removable plug. Rotate it and pull it up and it’s open. Rotate it a bit and it falls closed. But they’re black with gunk and don’t seal properly. Can you buy replacements? Nope. Can you tell me how to get it out? Work from underneath, removing the waste pipe, and you may need to cut the seal where the basin meets the bench top and lift it out. Then you can unscrew the plug assembly from the bottom. What?! This was a plumber’s advice in the hardware shop. It looks as if that’s the only thing I can do.

I bought another new digital camera yesterday, a Panasonic Lumix DMC-FZ70. It’s a fixed lens with an SLR styled body, but its claim to fame is that the zoom goes from super-wide 20mm to super-tele 1200mm at the long end. This is an amazing 60x ratio. 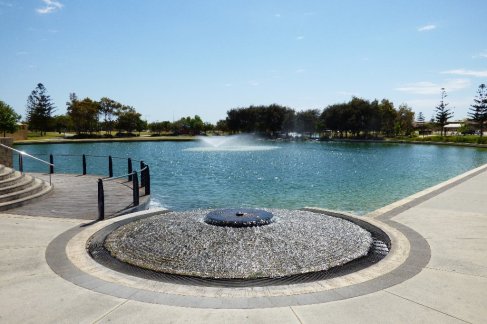 All the lake shots were taken from the same position. This is not the greatest picture quality camera, just a take everywhere camera to have fun with.

This is Butler, near my place. I’d just walked to the newsagent to buy the papers.

I went to the rugby club last night for the first time in about 5 months. It was to check out whether it could be used as a venue for our 50th anniversary NSHS reunion in October next year. The answer was yes, no problem, although the cost to hire is $550 plus $20 for cleaning afterwards. I shall report to the committee tomorrow.

All I had to drink was two low alcohol schooners and a LLB over two hours.