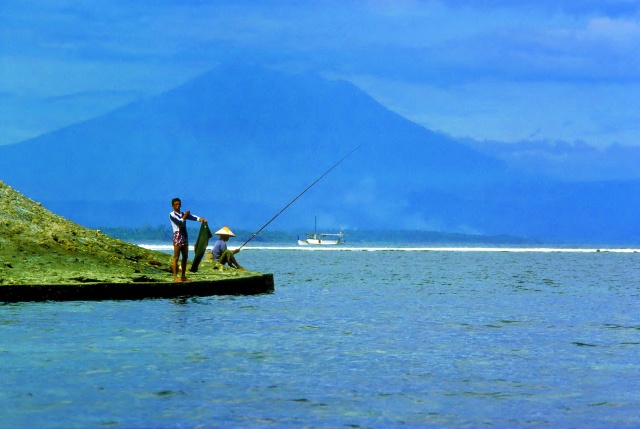 I’ve been talking to someone recently who’s never been to Bali and doesn’t know much about it. He wants to go, but thinks it’ll be difficult to get away. It occurs to me to write a potted description of Bali, based in nearly 40 years and ten visits (I think). I wouldn’t call myself an expert, by any means, but I have done a bit of exploring and, as you know, I have many nice photos.

Bali is an island and is part of Indonesia. Many people don’t realise that. Well, don’t forget it: they are Balinese first but Indonesian through and through and proud of their nationality. 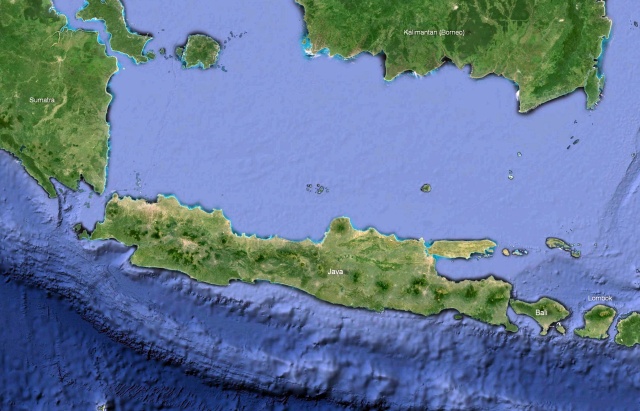 There’s Bali just off the east coast of Java. The Indonesian Archipelago is huge. You can get a glimpse of Sumatra at the north west side, which stretches all the way up the west coast of Malaysia across the Straits of Malacca. The giant tsunami of 2004 occurred at its tip, affecting the province of Aceh along with Thailand, Burma and Sri Lanka.

Jakarta is at the western tip of Java, near the Sunda Strait between Sumatra and Java, where Krakatoa Island is, the island volcano that exploded in 1883 with such force that it blew the entire island apart and affected the world’s weather (global cooling) for the next five years. Cruise ships go through that passage and you can do a shore excursion. 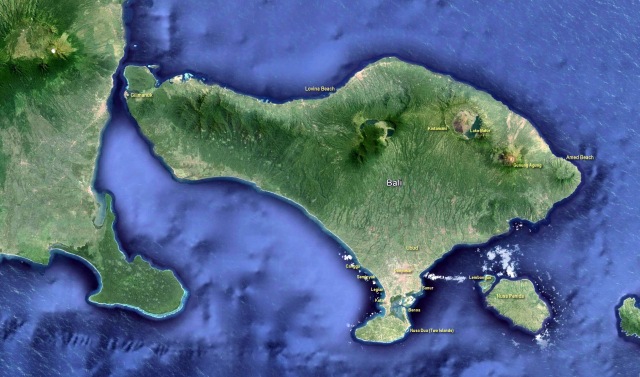 [Well, this is frustrating. I’ve added all those name captions to the map, but they come up too small to read unless you already know the names. You can’t click on these images to enlarge them any more since WordPress changed their software in December. How annoying. I assume this is to force us to pay for the full version.]

There’s really no point continuing with this. Not in this form.