The title above is a reference to the days of Maggie Thatcher and her Conservative government in Britain. She, along with Ronald Reagan, is probably the most conservative of conservatives, the style of political party which advocates minimum government, minimum interference in people’s lives, leaving it to the market to sort out the winners from the losers. The phrase, “There is no society” is attributed to her, along with the ideas of market forces, the weak and the strong and the Devil take the hindmost.
What she meant by “There is no society” was that the government is not responsible for people’s welfare – that the good of society (the people) is up to them and is not the responsibility of government.
The result of her period of government was the enrichment of the South East corner of Britain at the expense of the rest. London and the stockbroker suburbs and counties grew rich, rich, rich. The rest of Britain sank lower and one of the results is that Britain is now near to being a Third World country, hard as that is to believe. Poverty in Britain is now rising so fast that 1/3rd of Britons are now close to being unable to pay their living costs! One third!! Britain, once the world’s richest and most powerful country!
There is one word that describes the cause of this: GREED.
Greed has taken over at almost every level of business. I’ve heard some info today which goes a long way to explaining why the shopping is so poor in my area. More to come on that.
Banks in other countries are now havens for criminal managements. (Only other countries? Not in Australia? Australia, the only country in the world with honest bank managements? Now that’d be something to be believed.)
Politics in Britain:
An attempt by George Osborne [Conservative] to besmirch the reputation of Ed Balls [UK Labour shadow treasurer] by linking him directly to the Libor-fixing scandal lay in tatters on Monday night after the Bank of England cleared the shadow chancellor.
A Conservative MP, Andrea Leadsom, a Conservative member of the Treasury select committee piled the pressure on Osborne on Monday night.
The remarks by [Bank of England official] Tucker blew apart a campaign by Osborne to prove that Balls was one of a series of senior Labour figures who tried to “fiddle Libor”.
Conservative in Britain = Liberal in Australia = Republican in USA.
And from The Guardian’s editorial:

The way Barclays has been debased to enrich a few hundred of its elite employees is also the story of Britain in recent decades
———————–
Looting. LOOTING. Looting is a word usually used to talk about hooded gangs of youths and men who prey on disasters, yet here it’s describing the CEO and senior management of Barclays Bank!
GREED. Greed has taken over at every levgel of management, including Coles and Woolworths in Australia. Think on it.
_______________________________
PS: I always wondered how Margaret Thatcher’s son came to be Sir Mark Thatcher, especially after he was implicated in mercenary activities in Africa. Yes?
The answer came a few months ago. When she was PM, Maggie Thatcher made her husband Dennis a Knight, but she also made it a hereditary knighthood! So her son and his heirs, no matter what their qualifications, inherit their title. Nice, eh? She herself, of course, is Baronet Thatcher, Her Ladyship for life.
This is Conservative politics, and Maggie Thatcher is a heroine of the Liberal Party in Australia. 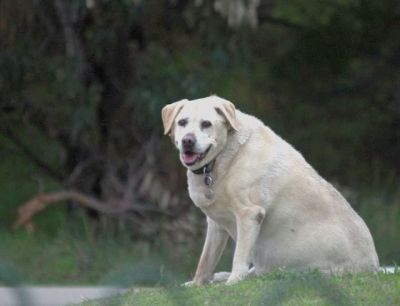 I saw the bank yesterday. Reverse mortgage approved today. Documents for me to take to my solicitor Thursday. Fast work. Easy.